Traveling without quarantine between Australia and New Zealand 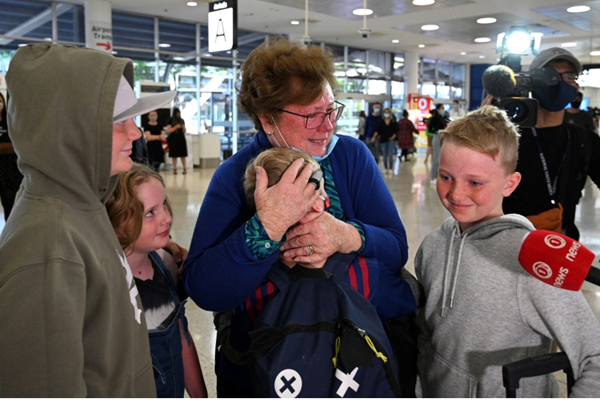 Non-quarantine travel began between New Zealand and Australia on Monday for the first time in more than a year.
And the “Tasman Travel Bubble” allows Australians and New Zealanders to travel freely between the two countries without having to be quarantined upon arrival in either of them.
The first flights under the agreement took off this morning, and the first flight is scheduled to arrive in Auckland from Sydney.
Both countries closed their borders to everyone except residents and citizens, with few exceptions, in March 2020 due to the Coronavirus pandemic.
New Zealanders have been able to travel to parts of Australia without having to undergo quarantine upon arrival since last October. However, passengers arriving in New Zealand were required to go into isolation for 14 days
perfect .
Monday is the first time Australian tourists are allowed to travel to New Zealand since the border closed.
In a joint statement, the prime ministers of the New Zealand countries Jacinda Ardern and Australian Scott Morrison described the travel bubble as a “global pioneering measure” that would open travel while warding off the risks of the Corona virus from their societies.
“It’s really exciting to start traveling without quarantine with Australia,” Ardern said. “Whether it’s with family, friends or vacationers, New Zealand says hello and enjoy your time.”
Morrison said the travel bubble was a “win-win” for both countries, as it would boost their economies while keeping residents safe.
New Zealand and Australia are also looking to extend travel without quarantine to other countries in the Pacific Ocean when it appears safe to do so.

Russian regions with a high risk of wildfires are listed

Production of Taos, the new and modern Volkswagen SUV, has already started