Traveling Ships will be admitted with a vaccination certificate from Tuesday – Border Guard: Decision does not affect entry conditions 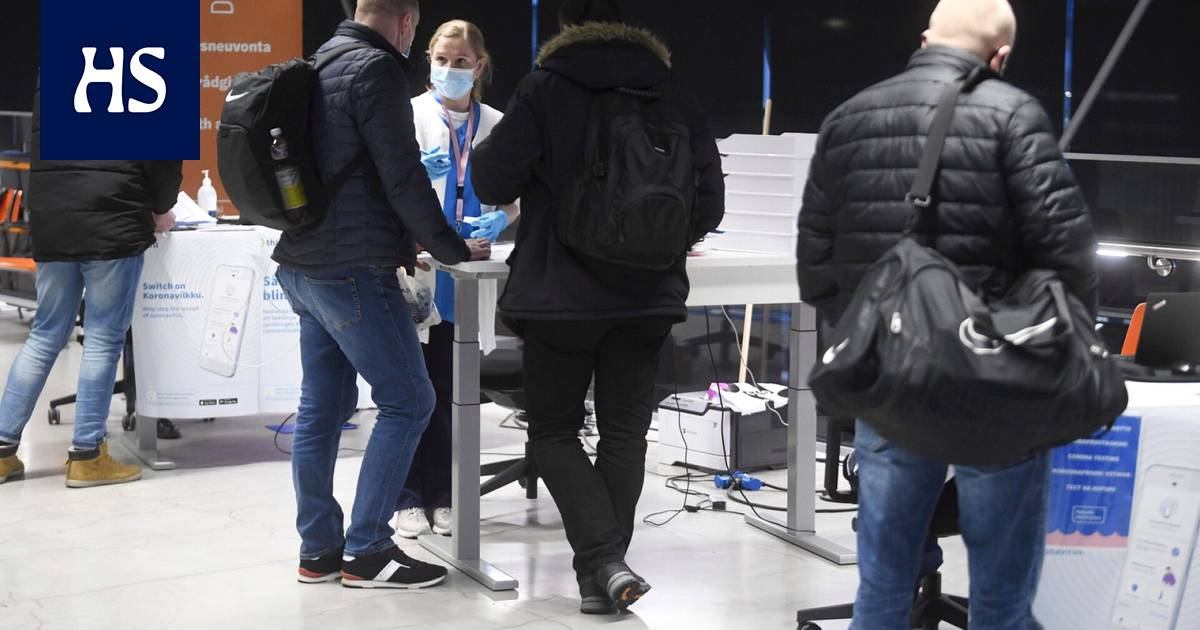 The decision is not expected to have a major impact on passenger traffic. The vaccine certificate also does not exempt passengers from health checks at the border.

From Finland ships operating from Tuesday will be able to be picked up from Tuesday on presentation of a certificate of coronavirus vaccine. The decision is based on the Finnish Shipping Company’s labor market lawyer Maija Mattilan according to the desire to create practices for vaccinated people to travel.

According to Mattila, the decision was made with some anticipation, as the National Institute for Health and Welfare (THL) has not given its own guidelines for boat travel. The THL has also failed to provide guidance on the role of vaccinations in travel.

Read more: In the future, ship passengers will also be able to be picked up with a vaccination certificate – the CEO of Eckerö Line considers the government’s decision to allow employees to enter only by flight to be illegal

In addition to the vaccine certificate, Finnish passengers can enter the ships by presenting a negative corona test result or a certificate of newly infected covid-19 disease.

“For the past three months, we have now been reviewing negative pre-tests or certificates of diseased corona. A large proportion of Finnish adults have already received one dose of vaccination. ”

“We have been waiting for THL’s guidance on how to deal with one vaccination and whether they will receive guidance. Finnair made a decision a month ago that they could be picked up with one vaccination. When no instructions were received from THL, we proceeded to the same procedure as Finnair. ”

Mattila considers it likely that THL ‘s new guidelines will be at least in line with the shipping companies’ own policies.

“If Finnair has been allowed to do this for almost a month, it is difficult to see if we should not do the same. It should also be remembered that everything is based on recommendations when we do not have legislation on this issue. ”

The Border Guard learned about the policy of the Finnish Shipping Companies from the Head of the Border Inspection Unit Tuomas Laosmaan according to Monday on an announcement basis.

“It is obviously an independent decision made within the Finnish Shipping Companies.”

Shipping companies however, according to Laosmaa, the decision to accept the vaccine certificate does not affect the entry conditions for shipping. Restrictions on entry still apply.

“For example, entry to the country in connection with business trips is permitted only in labor traffic that is necessary for the functioning of society and security of supply. It does not exempt those entry conditions at all. ”

“You can get to the ship, but whether it will get to Finland and what kind of health safety process you will have is another story.”

Coronary vaccine certificate according to Laosmaa, it also does not exempt passengers from health security checks at the border. However, more work it can be commissioned in ports.

“My assessment is that the decision is likely to increase the burden on health authorities in Finnish ports.”

According to Mattila, Finnish Shipping Companies have been exempted from the border test by a preliminary test or a certificate of a coronavirus infection that has become ill during the last six months and has already improved.

According to Mattila, the decision to introduce a vaccine certificate follows the instructions issued by the EU. However, it is not up to the EU to decide whether passengers should have one or two doses of vaccine, but it is up to the Member States to decide.

Shipping companies According to Mattila, they hope that Finland will accept a single dose of vaccine as a condition for travel.

“Of course, we hope that it will be one dose in Finland, because the country has started this strategy, that first, the first vaccination will be given widely to everyone. A second dose will then be given. ”

Tallink Silja’s Chief Communications Officer did not decide on the vaccine certificate Marika Nöjdin may not have a greater impact on passenger traffic.

“Now Finns book trips for these cruises, which do not visit countries. They are quarantine-free cruises and do not require any test results or vaccine certificates.

“Yes, this will ease the situation for Finnish passengers, but there will be no relief for citizens of other countries. They are still affected by the fact that only necessary travel is allowed. ”

“But a Finn is allowed to leave and return to Finland, so in that sense the decision could facilitate Estonian tourism.”

“Of course, we hope that this common European vaccine certificate will make tourism easier anyway, now that people are being vaccinated at a rapid pace.”

“These rules will probably be developed in the coming weeks. This joint decision of the shipping companies is one good step forward in this matter. “

According to Mattila, ship travel is safe and the shipping companies have cooperated extensively with the health authorities.

“We have worked with the authorities as much as possible and listened to them. The survey results also show that no new chains of infection have been identified on ships. I wonder if that is not taken into account in THL’s estimates either. “