Transport Tampere’s tram starts operating – In this way, the project kept even ahead of schedule and fell short of the budget 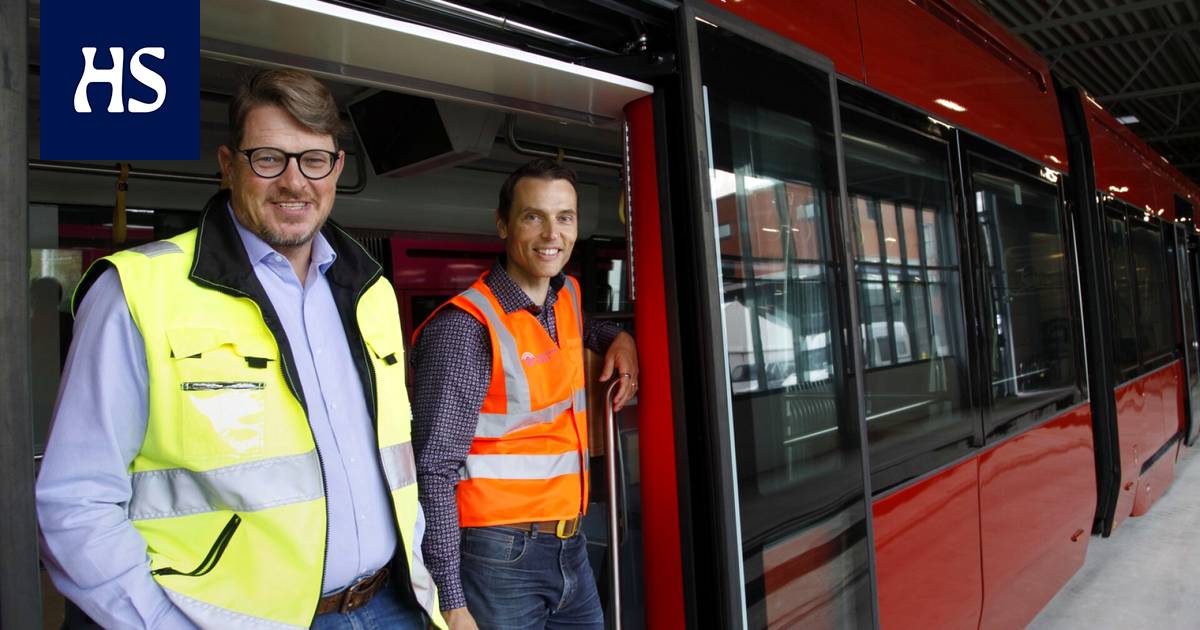 The project will continue next with the construction of the second section of the tramway.

Tampere trams will start scheduled traffic on Monday. The brick-red carriages transport passengers from Pyynikintori to Hervantajärvi and from Tampere University Hospital to Sorin Square.

The planning of the tramway project began in 2016, when the Tampere City Council decided to build a tramway. At that time, Tampereen Raitiotie Oy was also established, whose task is to build a tramway, enable and maintain tram traffic and take care of the system’s functionality. The company is owned by the City of Tampere.

“We have the substance expertise needed to acquire, manage projects and maintain the system, as well as to achieve our goals,” says the company’s CEO. Pekka Sirviö.

The trams are operated by VR, whose payroll also employs tram drivers. Ticket sales, in turn, are the responsibility of public transport in the Tampere region, more commonly known as Nysse.

Tramway project has been implemented using an alliance model in which Tampereen Raitiotie Oy and the City of Tampere are subscribers. The service providers in the alliance include NRC Group and YIT.

The alliance model is based on agreements between the parties and close cooperation. The parties set target costs and a timetable for the project.

The result for service providers consists of a fee defined in the bidding process and bonuses for falling short of target costs and schedule, which are distributed among subscribers and service providers.

“The premise is that it’s something to do together. Subscribers, designers and service providers are at the same table and together find solutions to problems. If there is no result, the service providers will also lose their fees, ”Sirviö explains.

According to Sirviö, setting target costs is one of the most challenging aspects of the alliance model. Subscribers naturally want to keep target costs as low as possible, while service providers want to keep bonuses below them.

“The goal is to keep costs below cost, but that shouldn’t happen too easily with normal labor input,” Sirviö says.

According to Sirviö, the ideology of the alliance model is that new working methods and innovations are always required to achieve maximum performance. Therefore, the performance targets of the key result areas of the project must also be set high enough.

The Tampere Ratikka project has progressed steadily on schedule or even ahead of schedule. Even the coronavirus pandemic has not slowed the project except for some material supply problems.

“Service providers were also able to solve them by rearranging the work steps or acquiring replacement materials,” says Sirviö.

According to Sirviö, the project fell short of the budget set for it. The target cost for the whole project has been about 300 million euros, but the amount will be less than about 34 million euros.

Osana the tramway project has also considered how the data generated by traffic could be utilized in different ways.

“Almost all the systems in use, from the power supply stations to the trams, are digital,” says Taival Advisory, Chief Technology Officer and consultant in the tram project. Reko Lehti.

According to the magazine, it is important that the data is accessible to the various parties in the alliance so that cooperation and the creation of a unified situation can be easily achieved – even when teleworking makes it impossible to work in the same space.

For example, the data can be used to know what kind of faults have been detected in the wagons and how they have been reacted to. In addition, congestion can be responded to using data from interfaces.

Tampere trams have been in traffic for some time now, as test runs began as early as spring.

Read more: People traveled from Tampere to the virgin ride in Tampere, and the service will start in August

During the heavy rains at the end of July, some test shifts had to be canceled as the cab windows misted due to problems with the air conditioning system. However, the matter was rectified.

“When systems are tested, something always emerges from there. The purpose of testing that is to reveal such defects, ”says Sirviö.

Tram transport the official opening was celebrated on Sunday to mark the Ratikka celebration.

Originally, there were plans for a folk festival for downtown Jugendtor, but in the spirit of the pandemic, the event moved online. The virtual event included, among other things, musical performances and keynote speeches by the Prime Minister From Sanna Marini and the Mayor of Tampere From Lauri Lyly.

The work behind the scenes of the tram project did not end with a celebration. According to Sirviö, in addition to operations, there is enough to do, for example, in the construction of the second section of the tramway and in the design of the regional tram.

Tragedy, baby girl born at home with a water birth: she died

Vialli, photo of the sanctuary after the Europeans: “It’s the time of gratitude”