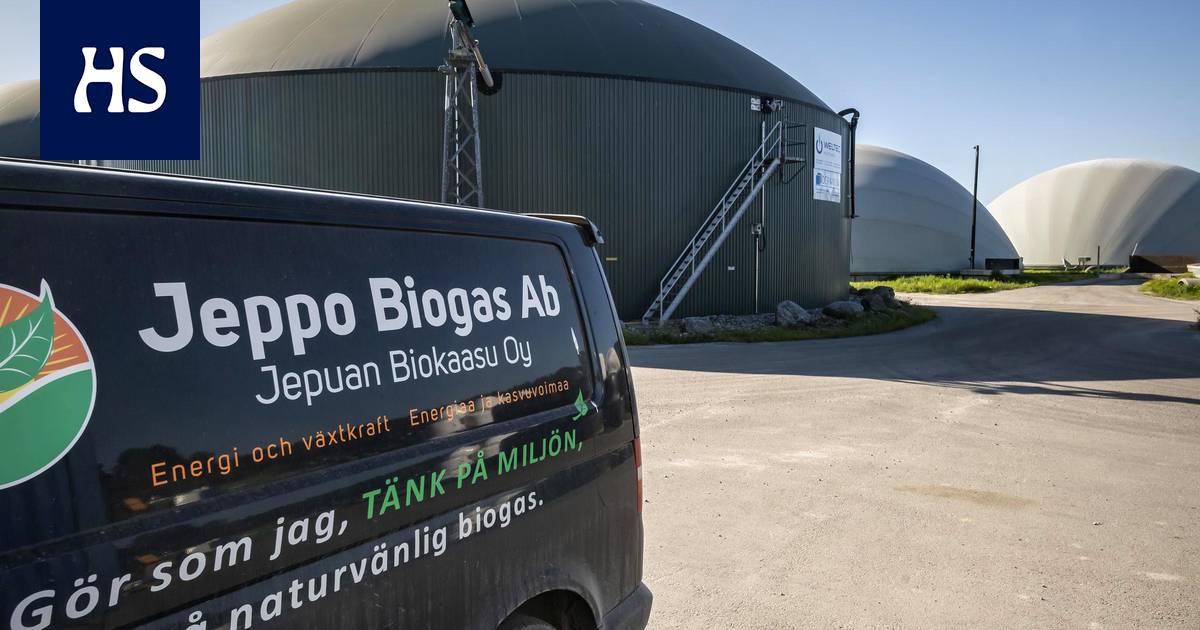 One of the aims of the change in the distribution obligation is to give companies confidence that there is demand for the products. UPM, which designs the biorefinery, hopes for “consistent and long-term” legislation.

Biogas use in transport is to be promoted through an amendment to the law adding biogas and future synthetic fuels to the current distribution obligation. The government submitted a bill to Parliament on Thursday.

Finland has a distribution obligation in place, in which sellers of petrol and diesel are required by law that at least 20 per cent of the energy content of the fuel sold is biofuel produced from biomass. The rest of the transport fuels sold are fossil.

It has already been decided in the past to gradually increase the distribution obligation to 30% in 2030.

Raising the distribution obligation will help to reduce traffic emissions. The acceptance of new fuels, in turn, sends a message to fuel producers that there is a market for their products.

Electric fuels are not expected to enter commercial use until around 2030, when their price will start to be competitive with biofuels.

In Finland biogas is produced from, among other things, sewage sludge, landfill waste and livestock manure. When carbon dioxide is separated from biogas, biomethane is created that can be used as fuel for cars.

This requires about 13,500 gas cars in use in Finland at the end of last year. According to Kaasuautoilijat ry, the number of new registrations decreased last year, which is due not only to the car sales frozen by the pandemic, but also due to the fact that the collection of several European car brands was renewed and there were interruptions in deliveries.

The number of gas cars is increasing somewhat also because of the state grant aid to convert a petrol-powered passenger car into a gas car. This so-called conversion costs between € 3,000 and € 5,000, for which you can receive a grant of € 1,000.

Government in the draft opinion, biogas producers in particular praised the bill for bringing a new kind of incentive to business. Small farm producers can also be covered by the distribution obligation if they distribute sufficient biogas to transport.

Now the company is considering the next investment to a new generation biorefinery with a possible location in Kotka. Another option is Rotterdam in the Netherlands.

“A prerequisite for new innovations, and especially for new investments, is that the legislation is consistent and long-term,” UPM says in a statement as a kind of tip to the government.

The company would like Finnish legislation to provide an additional incentive for so-called advanced biofuels.

Ministry of the Environment in its opinion, the inclusion of biogas in the distribution obligation could discourage consumers from switching to biogas and electric fuels or from investing in vehicles using them at all, ‘because their use would no longer have a national climate dimension’.

This is because fuel distributors always optimize the use of biofuels according to the minimum level of the distribution obligation, and the added biogas reduces the use of biofuels correspondingly elsewhere when the 20% blending obligation is met. In this way, national emissions will not be reduced, the Ministry of the Environment estimates.

The Ministry of the Environment would not have wanted to include biogas in the distribution obligation, but thought it would be better for consumers and public actors to be able to buy completely renewable fuels on a voluntary basis in order to reduce their own climate burden. In addition, consumers could be clearly informed about the climate impact of propulsion and fuel choice.

$ 1,500 bonus, unemployment and retirements: ANSeS calendar for this Thursday, April 8

Group “Pasos” suspended activities after accusations of the soloist of violence