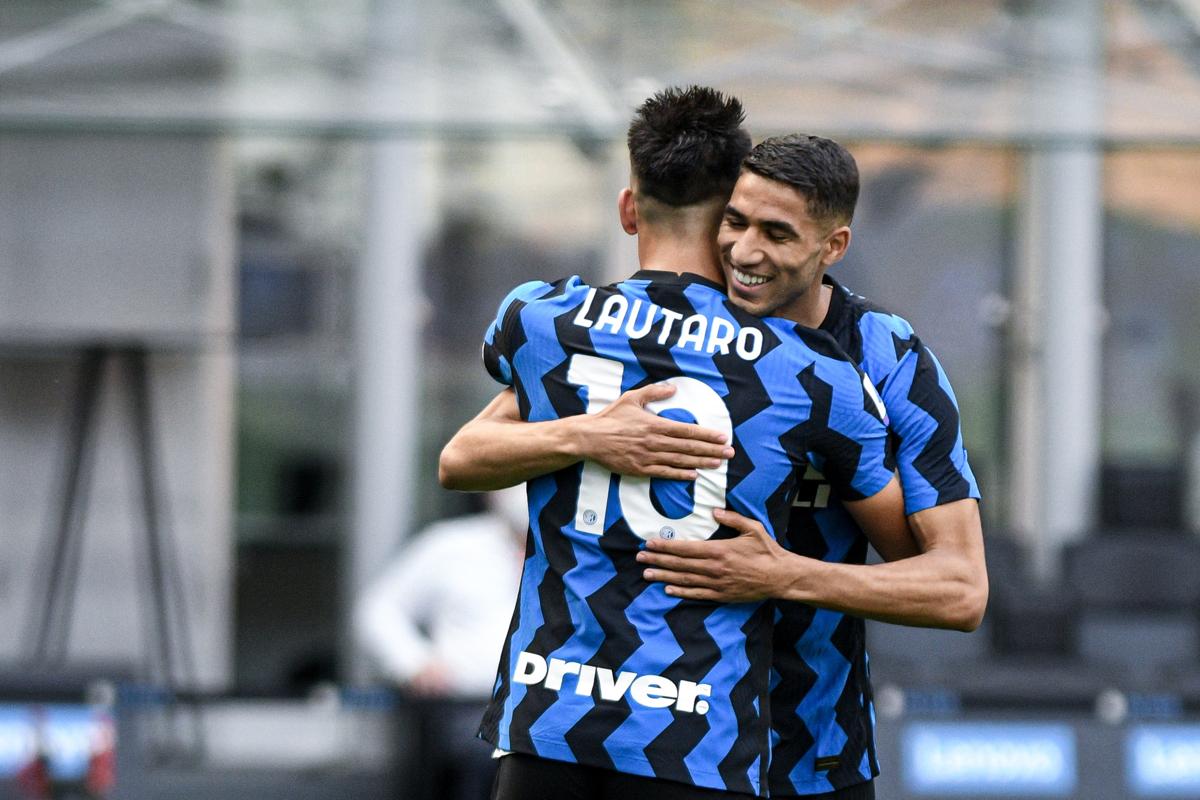 The Chelsea challenge the Paris Saint-Germain for Hakimi. According to “The Times”, the European champions have set their sights on the outside of Inter, already courted by the French club. The Nerazzurri company, engaged in the restructuring after the farewell of Antonio Conte, is willing to sell the Moroccan but, according to the British newspaper, is asking for 80 million euros while the Psg he would have offered 65. “The Guardian” also reports the news of Chelsea’s interest in Hakimi and talks about an imminent proposal from the club coached by Tuchel, which is already evaluating the upcoming offers for two outgoing players: Callum Hudson-Odoi and Tino Livramento.

Lukaku, the agent: ‘He is happy at Inter, there is no problem’

“Romelu he is happy at Inter, he has a contract … so there is no problem, the situation is calm “, the words of the agent of Lukaku, Federico Pastorello. Up Joao Mario: “We are trying to close with Sporting: let’s see if we can. There are a couple of other clubs on him, let’s see in the next few days. We want to please the boy who would be happy to stay there, now let’s see how they go in the next days. things. There is optimism. “

LAUTARO MARTINEZ-BARCELONA: INTER ALARM? RENEWAL OR TRANSFER? THE WORDS OF THE AGENT

The agent of Lautaro Martinez, Alejandro Camano, took stock with the Catalan newspaper Sport on the situation of the attacker under theInter: “We are very calm, we must first resolve the Inter question Barcelona? It is clear that he would like, who would not like to play for Barcelona? But nobody called me. I have a great relationship with Alemany but there is nothing we are not thinking about. I don’t know what happened last year with Lauti, he told me that his former agent had talked to him about Barcelona but it was all a bit confused. Our job now is to know the situation of the Inter project and listen to the offers that arrive. Now we are fine as we are, then we’ll see. “The price of Lautaro in a possible sale?” Has Inter set it at 90 million? It seems exaggerated to me. Everything has a price even if it seems to me that Inter have not talked about the sale. But we will see the situation of Inter during the transfer market. The renewal? They offered it to us but at the moment we replied that we are fine as we are “

Pogba-Juventus: message from Paul and the exchange with Manchester United

There Juventus swoops on Memphis Depay. This was reported by “Mundo Deportivo”, revealing the concern of the Barcelona who considered the negotiations with the Dutchman already concluded, the contract with Lyon expiring. President Laporta hoped to be able to present the new signing already this week, but the scenario has changed in recent days with the strong inclusion of Juventus: the Juventus club would have proposed a significantly higher salary than Depay, an offer that is making people think. ‘Dutch. Barcelona is considering a possible relaunch: the first hypothesis is to propose an extra year of contract to Depay, still tempted by the hypothesis of playing in the La Liga.

CALCIOMERCATO: SHEPHERD TOWARDS THE GOODBYE TO ROME, ‘MY RETURN TO TALLERES EVER CLOSER’

Javier Pastore could leave the Rome in the next transfer window. The Argentine is no longer part of the club’s plans, which would also like to sell him to lighten the amount of wages. In an interview with Canal Showsport, the former PSG expressed his desire to return to Argentina. “With Talleres there is a different feeling from what I had with other clubs – he said -. I am a fan. They are doing things well, the club has grown a lot. I can say that my return to Talleres is closer and closer. Money has nothing to do with it, it’s a sentimental thing and I would come back to be happy. The desire to return is always there, but if you are at a good level it is difficult to go back “. Pastore still has a two-year contract but admitted that with Roma “we are looking for a solution for a farewell that can satisfy both of us”.