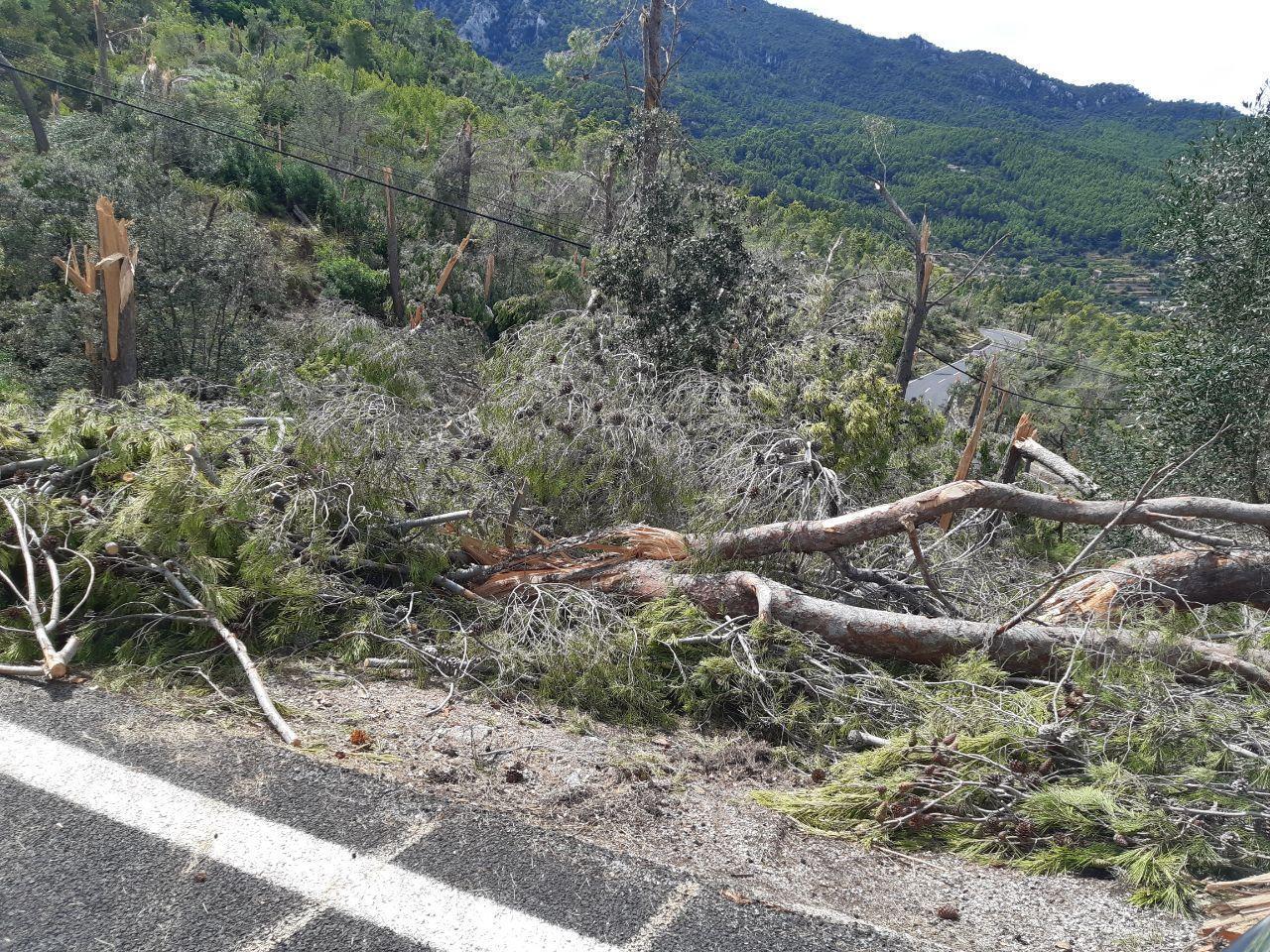 The mayors of Banyalbufar, Esporles and Valldemossa have expressed their “deep unease” at the Spanish government not having declared a disaster zone for the storm in August last year that caused much destruction in the Tramutana Mountains.

In the first week of September, the Balearic government sent a request to Madrid for a disaster zone to be declared. Now, the greatest of Esporles, María Ramon, is wanting clarity from the Spanish government. “The impact was enormous,” she says and is critical of the delay in response. Valldemossa’s mayor, Nadal Torres, has thanked the regional environment ministry for its efforts and has also called for greater Spanish government support and speed.

Not declaring a disaster zone has frustrated the expectations of the three municipalities. They do not know if aid that has been requested to repair damage will be forthcoming. The storm affected 736 hectares in Banyalbufar, Esporles and Valldemossa, of which 683 hectares were forest in the Tramuntana Mountains Natural Area. “If this is not a seriously affected area, what is?” asks the greatest of Banyalbufar, Mateu Ferrà.

Commemoration of the Holocaust: “Take care of our land”