Trailer with beer overturns in Culiacán-Mazatlán and is robbed 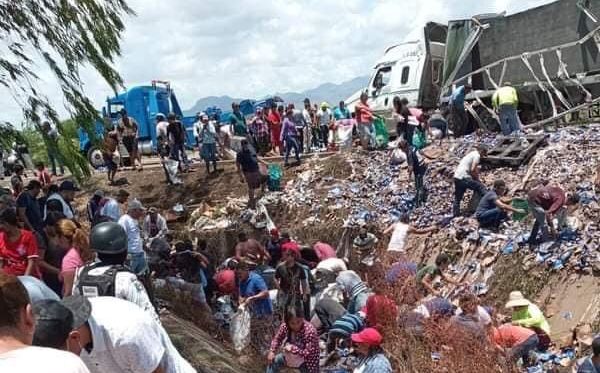 A trailer carrying beer overturned on the highway Mazatlan-Culiacan, in Sinaloa, and the “robbery” was unleashed among some of the motorists who passed through there, who stole almost all the product.

People who passed by the place took advantage of the accident to collect beer cartonsSome even stopped at the place to “steal” complete cases of beers, in addition neighbors from nearby towns even came with sacks to take the cans.

The National Guard came to the place to stop the robbery, but when they arrived it was too late, because almost all the beer had already been stolen.

Enj meanwhile, the driver of the trailer he was not seriously injured, he only suffered some injuries after the incident.