Tragic accident in Bolivia: a bus fell down a ravine and 34 people died 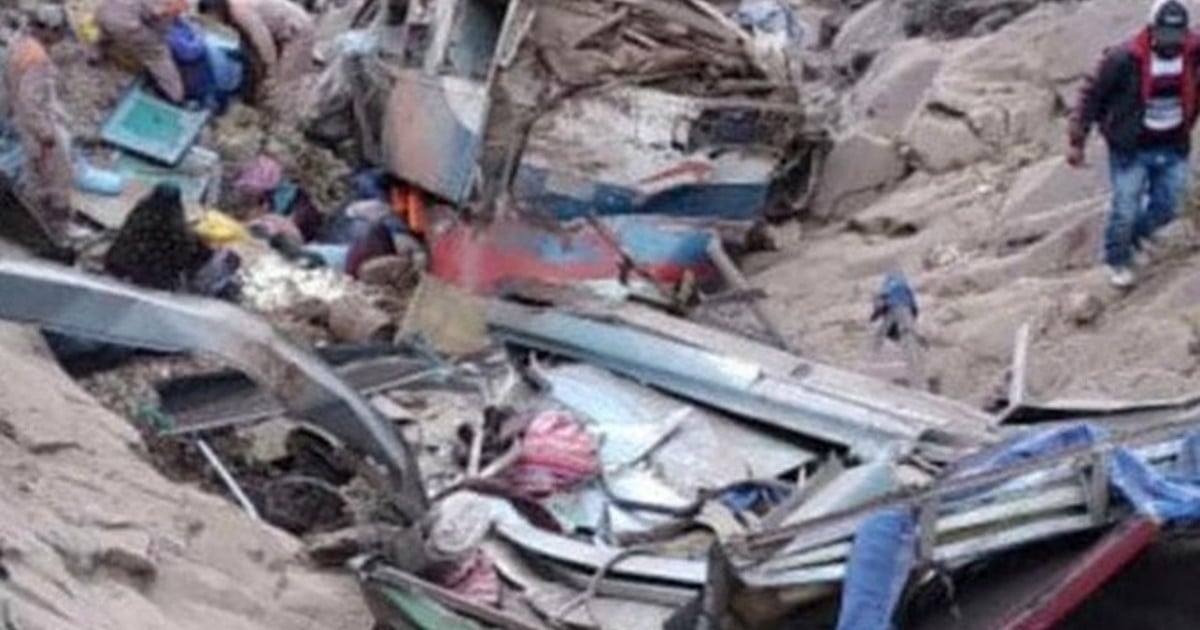 At least 34 people died this Monday in a traffic accident in the department of Chuquisaca, in southern Bolivia, after a bus crashed down a 150-meter ravine.

The National Director of Traffic, Juan Carlos Espinoza, indicated that the first investigations indicate that the accident it could be due to human error.

For his part, the regional director of this institution, José Luis Assaf, pointed out that “after nine hours of work” 31 bodies have been rescued and they continue to work to recover three more.

The authorities also specified that 10 people were transferred to be treated in hospitals.

“We are going to exhaust all the mechanisms to establish what has been the cause of this accident and that the person responsible is punished,” said Assaf, according to ‘La Razón’.

The accident occurred at 6:45 a.m. (local time), on a bus that left from the municipality of Potolo and was destined for Sucre, reports local television Unitel.