Tragedy in Iraq: a hospital for covid patients burns and there are already 64 dead 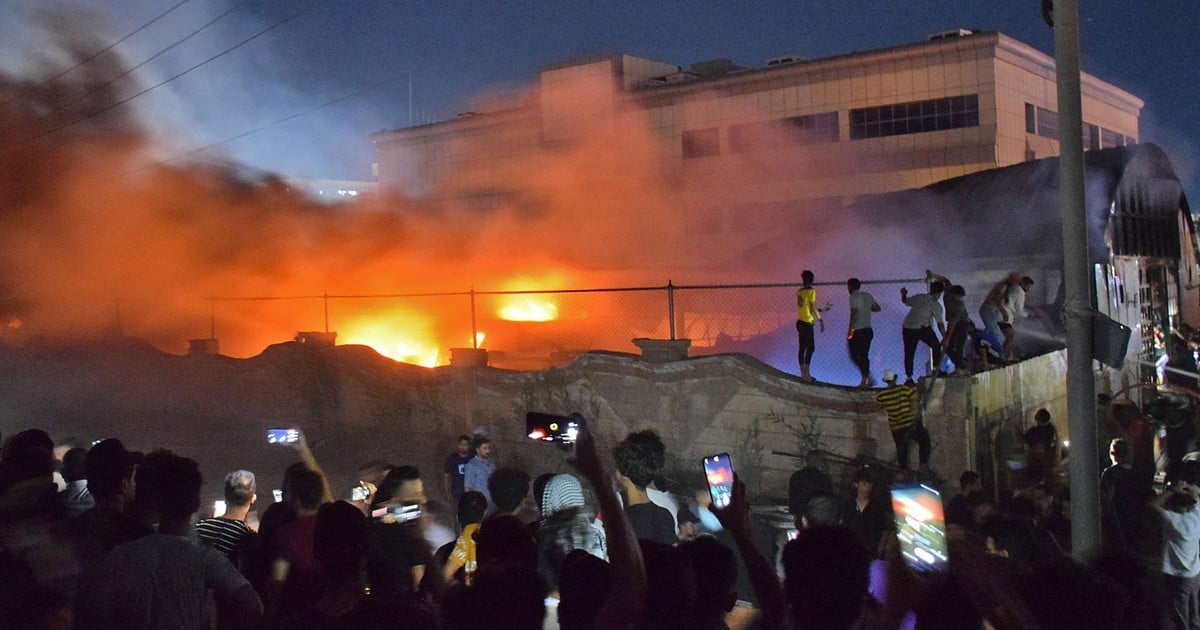 A catastrophic fire in the wing for patients with coronavirus from a hospital in southern Iraq on Tuesday left 64 dead and more than 100 injured, health officials said.

The fire ripped through the coronavirus patient wing of al-Hussein teaching hospital in Nasiriyah city on Monday, two officials explained.

The victims of the fire. Photo: EFE

Many were crying openly, with rage, blaming both the provincial government of Dhi Qar, where Nasiriyah is, and the federal government in Baghdad for years of mismanagement and negligence.

“The entire state system has collapsed, And who paid the price? The people here. These people have paid the price, “said Haidar al-Askari, who was at the scene of the fire.

During the night, firefighters and rescuers _ many of them only with flashlights and using blankets to douse the small fires that were still burning in some areas _ they worked tirelessly to search the building in the dark. At dawn, the corpses covered with sheets, lay sprawled outside the center.

An Iraqi inspects the remains of the burned guard. Photo: Photo: EFE

Authorities had previously explained that the flames were caused by a short circuitbut did not offer any further details. Another official said the fire started after an oxygen tank explodes. The officials spoke on condition of anonymity because they were not authorized to inform reporters.

The new pavilion, inaugurated just three months ago, had 70 beds.

Prime Minister Mustafa al-Kadhimi chaired an emergency meeting after the incident and ordered the suspension and the arrest of the Director of Health from Dhi Qar province, where Nasiriyah is located, as well as the hospital director and the civil protection officer in the city. In addition, a government investigation has been opened.

Relatives of the victims cry next to the coffins in Nasiriyah. Photo: Reuters

In Najaf, a nearby city and a sacred place for Shiites, mourners were preparing on Tuesday to bury some of the victims.

This was the second time that a major fire kills COVID-19 patients in an Iraqi hospital this year. In April, at least 82 people died at the Ibn al-Khatib hospital in Baghdad after the explosion of an oxygen tank, which caused a fire.

That incident brought to light widespread negligence and the systematic mismanagement of Iraqi hospitals. Doctors have denounced the lax security measures, especially those relating to oxygen tanks.

Iraq suffers another severe wave of COVID-19. The daily rate of infections reached a maximum of 9,000 new cases last week. After decades of war and sanctions, the Iraqi health sector has struggled to contain the virus. More than 17,000 people of the 1.4 million confirmed cases have died since the start of the pandemic.