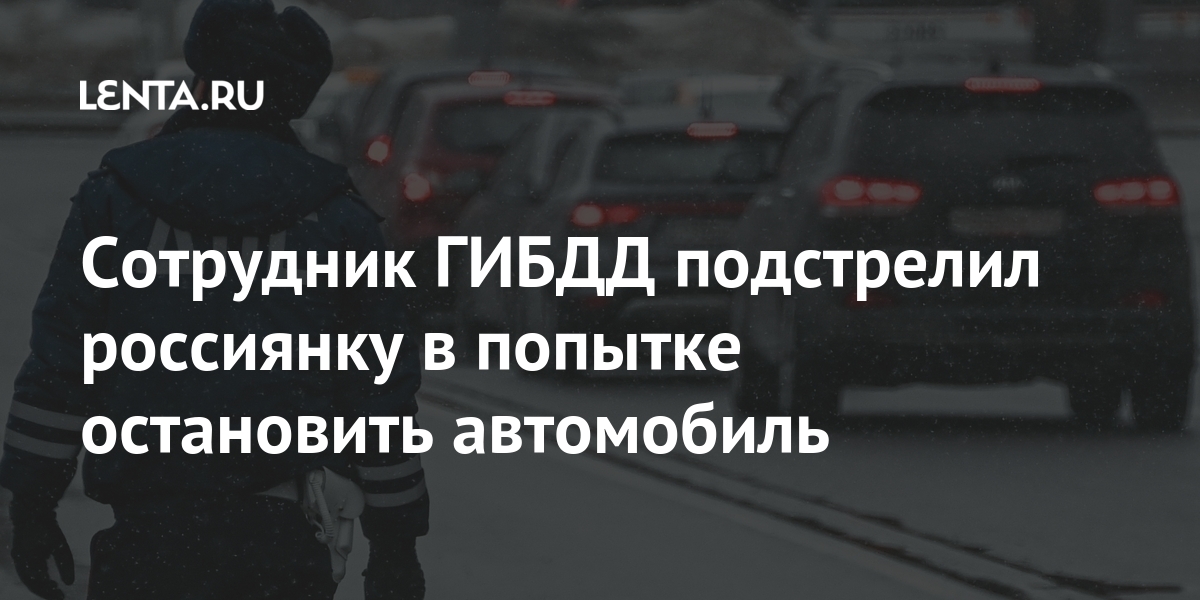 A traffic police officer shot a 16-year-old Russian woman in an attempt to stop the car whose driver did not stop at the request of the policeman. It is reported by Interfax Saturday, April 17th.

The incident took place in Tuva the day before. According to preliminary information, in the Barun-Khemchik region of the republic, a traffic police inspector shot at a VAZ-2106 car, in total he fired four shots towards the car. As a result, a 16-year-old resident of the city of Ak-Dovurak was wounded.

The victim was hospitalized, at the moment nothing threatens her health.

On April 2, in the Altai Republic, a policeman shot a herd of horses for entertainment and became a defendant in a criminal case. The damage from his actions was estimated at 1.3 million rubles.

In December last year in Moscow, a policeman wounded a minor girl from trauma.