Traffic light heralds the end of paragraph 219a

So far, when doctors provide detailed information about abortions on their website, they have made themselves liable to prosecution. The SPD, Greens and FDP have now decided to abolish the relevant paragraph.

Berlin – Kristina Hänel had fought for so long – and now it is written in black and white in the Ampel coalition agreement: “Doctors should be able to provide public information about abortions without having to fear prosecution.”

Paragraph 219a is to disappear from the code. The paragraph that has so far forbidden doctors like Kristina Hänel to publicly inform about abortions.

It took a moment until she “could really realize the meaning,” wrote the doctor, who is known throughout Germany, on Thursday when asked by the dpa. She only has a minute for a spontaneous phone call because of the inquiries that are now beating down on her. Far too little to convey what the planned deletion of Paragraph 219a means for you and tens of thousands of women in Germany.

“I am very happy and relieved that this paves the way for informed decision-making in the event of an abortion,” she writes, pointing out that hundreds of doctors in Germany and clinics will soon be “posting their factual and reliable information online again “Could without fear of criminal charges. Because this is exactly what Paragraph 219a provides so far, advertising for the termination of pregnancies has so far been banned in Germany.

Since a change in the law in 2019, practices have been allowed to inform, for example on their website, that they are carrying out such interventions. However, further information, for example about the type of terminations, is prohibited.

That was the undoing of Hänel in November 2017. The Giessen local court sentenced the Giessen doctor to a fine because she had provided detailed information on her side. This was followed by a lawsuit that lasted for years and continues to this day. She and her Berlin colleague Bettina Gaber have lodged complaints against Paragraph 219a with the Federal Constitutional Court.

“I am very relieved that in the future I will be able to focus more on my substantive work as a general practitioner and riding therapist,” writes Hänel. They are now hoping for better care for women. And that those affected by criminal prosecution like her will in future “no longer be so massively exposed to the erroneous and injurious websites of the so-called anti-abortionists”.

The traffic light parties are setting an example with the planned deletion of Paragraph 219a. They also state: “Abortions should be part of medical training and further education.” In the past, doctors had repeatedly expressed concern that the craft would no longer be properly passed on – also because of the taboo. The SPD, Greens and FDP also want to ensure the nationwide supply of advice centers for affected women.

So far, Potsdam is the only state capital without a synagogue, apart from a small, new Jewish house of worship in the university. Now the construction begins – after years of dispute between Jewish communities. 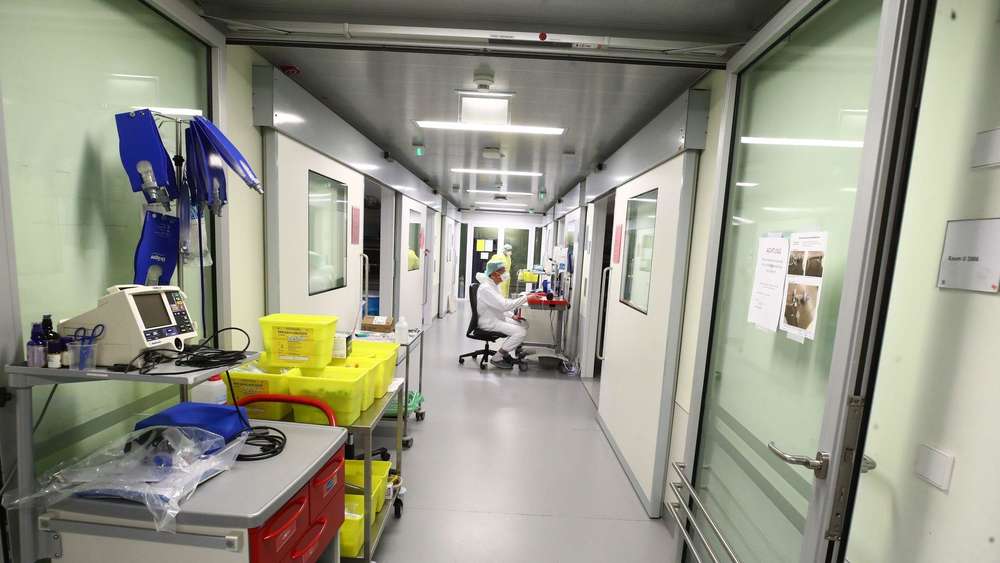 In the midst of the pandemic, the future “traffic light” coalition partners are negotiating the course of health policy. Doctors are not only demanding that the hospitals move away from cost pressures and thinking about returns.

In other respects, too, the traffic light strikes new tones in social policy, which associations welcome as progressive. For example, the three parties want to abolish the Transsexual Act, which many trans people have felt humiliating up to now, and replace it with a “self-determination law”. The Bundesverband Trans * eV sees this as a “historic step”. The association writes that a coalition agreement has never dealt with the concerns of these and other minorities “in such detail”.

There are a few examples: For example, that in future the blood donation ban for trans people and men who have sex with men should be a thing of the past.

There is also an important innovation for lesbian couples: “If a child is born into the marriage of two women, both of them are automatically the legal mothers of the child, unless otherwise agreed,” says the contract of the three future government parties that believe each other people feel particularly committed to their goals and demands, to the fight against discrimination and gender equality.

The plans have already reached the patients of the Giessen doctor. The first woman who came to her practice in the morning because of an unwanted pregnancy congratulated her directly on the planned deletion of 219a, says Hänel. dpa

Agnelli's sentence after Sarri's championship: "I say it with my heart, a year of mer ..."