Tracking of thousands of emails and movements of the giant Abengoa 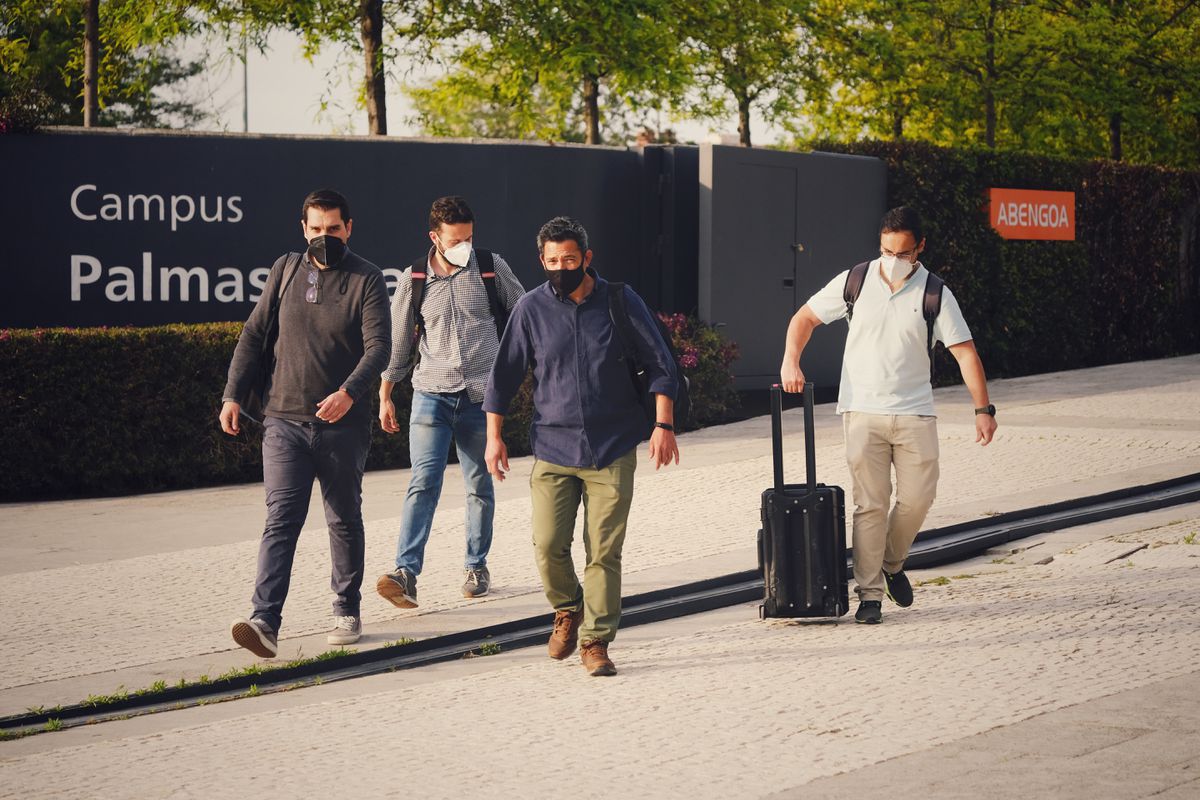 The group of economic crimes in the Central Operative Unit (UCO) of the Civil Guard will examine with a magnifying glass during the next months the most convulsive stage of Abengoa. The one in which its expansion seemed unstoppable, with hundreds of projects in 80 countries and a peak of 26,400 employees. The splendor prior to the creditors’ pre-bankruptcy of late 2015, when his excupula skirted or crossed the border of crime to keep afloat a giant whose main business, indoors, was financial. For the Stock Exchange, Abengoa was a leading engineering multinational. In both cases his obsession was to grow, even at the cost of a colossal debt that reached 25,000 million.

The agents spent three days last week at the group’s Sevillian headquarters, until they transferred all the information on 350 projects and accounting from 2012 to 2016 -contracts, asset impairments, cash flows, etc.- to their hard drives. of the content of the emails of 41 former executives, as advanced Abc. The moment for Abengoa is delicate, with the parent company in bankruptcy and pending offers to take control of Abenewco 1, its operating subsidiary with the most valuable assets and which retains its 13,500 employees, 2,500 of them in Spain.

The investigations into investor fraud and accounting falsehoods led by the judge of the National Court Ismael Moreno, who ordered the registration under summary secrecy, has two striking precedents: the statement of former engineer Luis Morales, who in 2019 denounced irregularities in the project of the Ave La Meca-Medina, and the report presented six months later by Abengoa itself before the Court of Instruction 3 of Seville that ratified the alleged accounting makeup denounced by Morales in the Saudi project.

“We have identified digital evidence that suggests the existence of false invoices Nicsa [por 6,1 millones] in the AVE Meca-Medina project: fictitious intra-group operation to improve cash ”, denounced the report prepared by KPMG for Abengoa and where its auditors revealed an accounting concealment.

From the surprising report, apart from indications of false invoices, an operation to supposedly triangulate invoices and make up the accounts of the group’s companies stands out. “Inabensa Turkey issued invoices to Inabensa Saudi for an amount of 5 million in 2013 for an alleged triangulation of purchase with the supplier La Farga (…) The supplier sends the materials directly to Inabensa Saudi, although it invoices Inabensa Turkey”. These operations to sell in one year and delay the physical delivery of material until the following year allowed a firm’s accounting to anticipate work execution and, therefore, improve the profit in the first year, which Abeinsa increased from 21% to 35%. % and used to be linked to bonuses for their managers.

East modus operandi Was it extended to other Abengoa projects? A priori The answer is positive because the former Director of Administration of Inabensa, Julio Artillo, explained in an email from 2012 how it could be replicated in projects in Peru and Brazil. Former President Felipe Benjumea responded to Artillo in another email: “We are going to triangulate Hyunsung’s request from Peru, it is too big to leave, urgently get to negotiate.”

While waiting for the secrecy of the proceedings to be lifted, everything indicates that the Civil Guard seeks information to ratify a massive accounting alteration prolonged for years and that could harm the shareholders by giving an unreal image, a huge task that will lead to agents for the next few months, maybe years. Meanwhile, the defenses warn of the risk of being before a prospective investigation against Abengoa. “The agents entered the headquarters asking for everything, the framework is for a general cause,” complains a lawyer who requests anonymity.

In parallel, a report by the Carlos III University professor of financial and tax law Juan José Zornoza provided to Judge Moreno tried to discredit the KPMG report, which understood that the modification of the margins of a project was synonymous with accounting irregularity. For the professor, these margins “are pure initial estimates that can be modified over time” without this translating into irregularities. Zornoza signed a year ago for Deloitte, Abengoa consultant.

And if the case of the National Court, with six investigated including Abengoa and Deloitte as mercantile, is pending of the secret piece, the Court of Instruction 3 of Seville investigates only the project of the AVE La Meca-Medina and has no investigated: there are only 11 former directors denounced. In Saudi Arabia, Abengoa installed the catenary wiring to feed the train and built electrical substations and technical buildings to house the equipment necessary for the train to function.

Following a complaint from the Platform for the Injured by Abengoa and the statements of several engineers from the firm as witnesses, the investigation is halted pending appeals pending resolution at the Seville Court, which received the last of them last Thursday. Abengoa prepared an internal audit – never submitted to the court – then presented the KPMG report, and now Judge Patricia Fernández has commissioned an independent expert from the consulting firm Auren to clarify the accounts once and for all. “We are standing in a procedural tangle,” describe sources in the case. While the accusation claims the massive dump of the emails of the 11 former directors, the Prosecutor’s Office and the judge defend that the investigation is limited to the period of the Saudi project and its correspondence between the commanders, a decision appealed before the Hearing, as well as the order expert.

Today Abengoa has an uncertain future after spending a short time from starring in global successes – with more than 600 companies – to the creditors’ pre-bankruptcy during 2015. “What happened here? It was an extraordinarily leveraged company with an extraordinarily complex and sophisticated business, dependent on bank financing. “When you invested in Abengoa, you knew that they were not government bonds,” one of the lawyers alleges.

In addition to the investigations of the National Court and the Court of Instruction 3 of Seville, the Court of Instruction 8 of the Andalusian capital investigates a complaint of former president Felipe Benjumea against the team of his successor, Gonzalo Urquijo, and his advisers, including the former Minister Josep Piqué. Meanwhile, five years ago a group of shareholders filed a lawsuit against the former Abengoa in the Sevillian Commercial Court 2 and only three weeks ago the prior hearing was held to admit or reject evidence and set the date of the trial, pending resolution. Finally, the Mercantile Court 3 of Seville has the bankruptcy declared at the end of February for the group’s parent company.