Toys, clothes, food: 50% of Chinese products are fake or dangerous 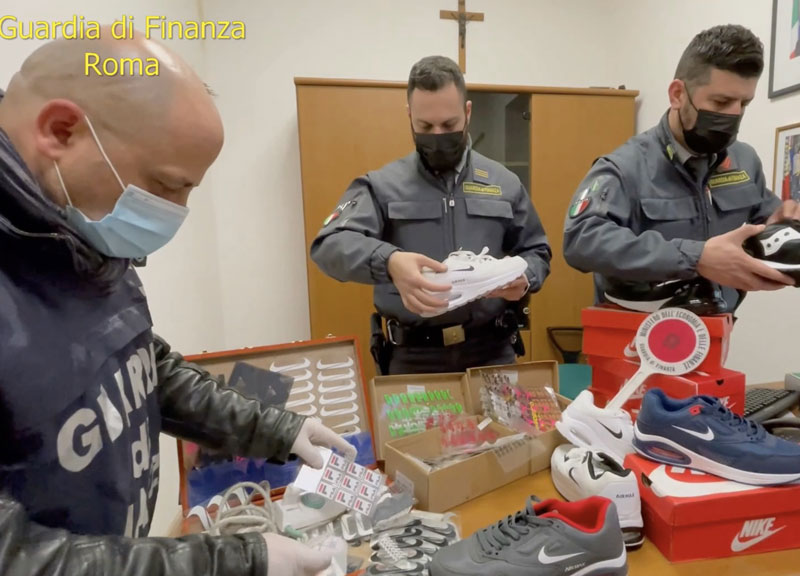 Italy, 50% of fake products come from China. The sophisticated technique

50% of the total products seized by the Customs Agency and the Guardia di Finanza in Italy come from China. Thanks to an exclusive study of the anti-fraud database and Monopolies and an analysis of the interventions of the police in the fight against counterfeiting you can see what products these are and how the deception works. The first data – reads the Corriere della Sera – shows that of all the fake, prohibited or dangerous products that enter our country, half come from the Republic of China: 79 million pieces seized in the last three years. From 2018 to April 2021, the Customs Agency alone seized a total of 81.4 million illegal items, of which 36.5 million are Chinese. The most common crime is counterfeiting.

Despite the large quantities, in economic terms of the market – continues the Corriere – what arrives illegally from China weighs 50.3 million euros, out of a total of 133.9 million intercepted illicit imports. A low value precisely because the Republic of China specializes in the illegal export of low-priced products. The goods travel together with the regular ones via container ships, cargo flights, or crossing land borders after customs clearance in other EU countries where controls are less strict. At the customs gates 2.5 million fake items made in Italy and as many counterfeits were intercepted: toys, playing cards, party items, cars, dolls and soft toys that mainly violate the Mattel, Walt Disney, Little Pony brands. Barbie, Hello Kitty.

While in 2020, the year of the pandemic, 68% of the goods blocked because they were fake concerned personal accessories or bags, sunglasses, costume jewelery, Rolex, Patek Philippe, Bulgari watches which often then enter the legal circuit by corrupting the chain of distribution. 17% are footwear, 10% clothing, 2% mobile phones and their parts, 1% toys, the rest electronic devices, such as car speakers.