Toxicologist warned of the dangers of mosquito repellent 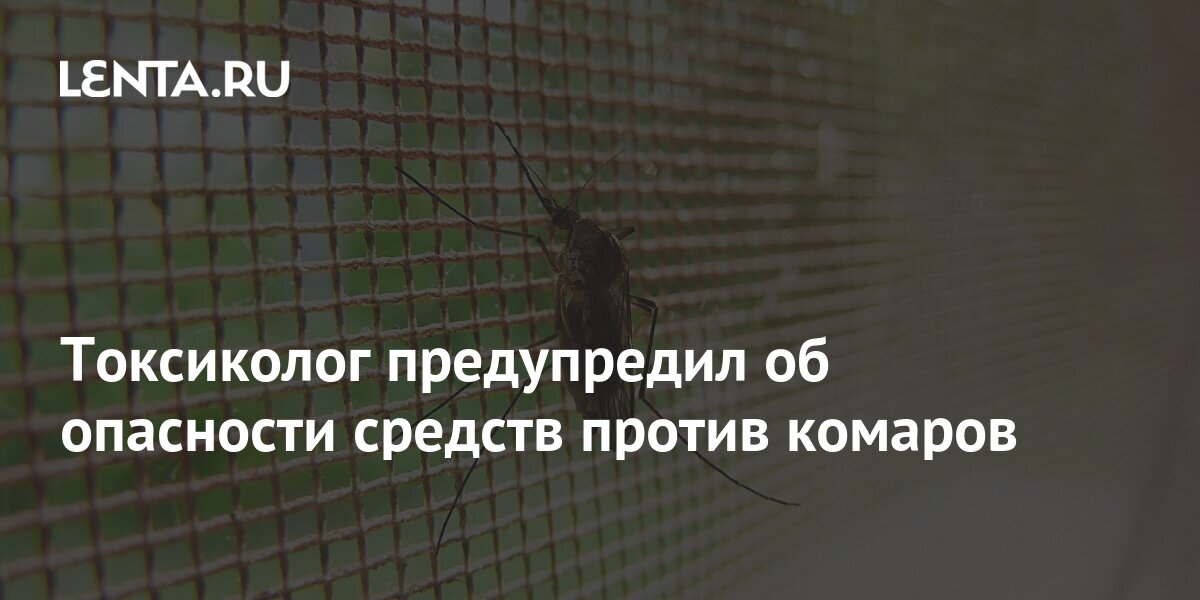 Toxicologist Aleksey Vodovozov, in an interview with Sputnik radio, warned about the dangers of some mosquito repellent and told how to use them correctly so as not to harm health.

He emphasized that certified repellents pose no threat when used correctly. First of all, they should not be allowed to get on the mucous membranes, but use only on open skin areas. Also, do not use those that are intended for open air indoors.

Vodovozov added that it is not the agent itself that is dangerous, but by-products. For example, a mosquito coil should not be ignited in a room, as it releases combustion products that can accumulate in the body, provoke headaches and other unpleasant symptoms.

The toxicologist also recommended placing fumigators away from the sleeping area at night to avoid reacting to their smell. “It is advisable to use chemistry away from the bed so that the maximum concentration of odor is further away. You have to understand that people are of different sensitivities. Someone may have a sensitivity to strong odors. That is, not to the drug itself, but to the pungent odor, ”the specialist concluded.

Earlier, Rospotrebnadzor warned Russians about 100 species and subspecies of blood-sucking mosquitoes inhabiting the country, and also recalled the rules for the prevention of their bites. The department noted that measures to protect people from mosquito bites in residential areas include the use of mosquito nets on windows and doors.