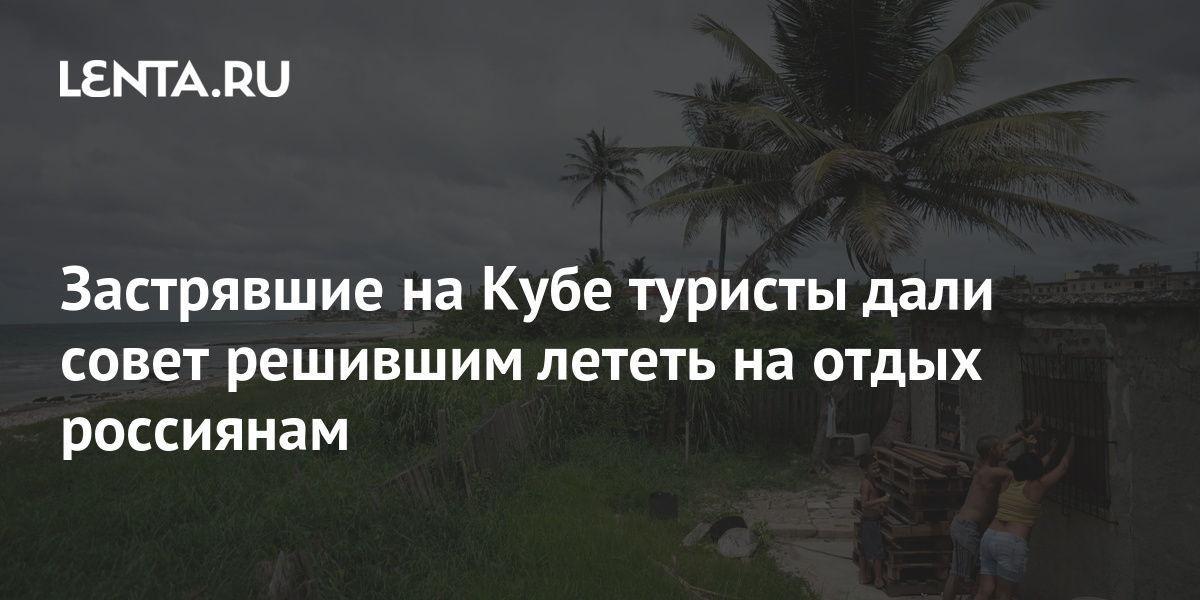 Tourists stranded in Cuba due to positive PCR tests for coronavirus gave advice to Russians who decided to fly on vacation. They urged not to go to Cuba after the scandal, they are quoted by RBC.

Some of the isolated Russians advised their compatriots to avoid vacationing on the island.

“I have already saved a couple of people from such a“ rest ”. The main thing is to warn people against traveling here and take care of yourself and your loved ones. And also do not believe that someone will help you on the territory of another country besides those who are in the same situation, ”said a tourist named Maria.

She clarified that she had previously been ill with coronavirus and passed an antibody test the day before departure from Russia. The girl also added that she has not yet received help in the situation from the Russian consulate.

Katerina Tyuleneva, who flew to the island on a Pegas Fly flight, also urged tourists to “think a hundred times” before going to Cuba. Another girl, Anastasia, flew to Cuba on an Azur Air flight, the tour operator ANEX TOUR. She added that she had previously received a negative test for COVID-19 in Russia, suggesting that the Russians are trying to cheat with insurance. “We understand perfectly well that all this is done on purpose so that the insurance pays for each isolated person and each patient. This is a standard scheme, a divorce, ”she explained.

On July 5, it was reported that Russian tourists in Cuba were massively isolated due to positive tests for COVID-19. Later, the head of Rostourism Zarina Doguzova said that self-isolation was lifted from 106 Russians due to negative tests. The tourists themselves talked about the harsh conditions of detention and the rude attitude towards them on the part of Cuban doctors. They doubted the test results, noting that they arrived in the republic on June 30 on a Pegas Fly flight and after receiving the test results they were quarantined in separate buildings.