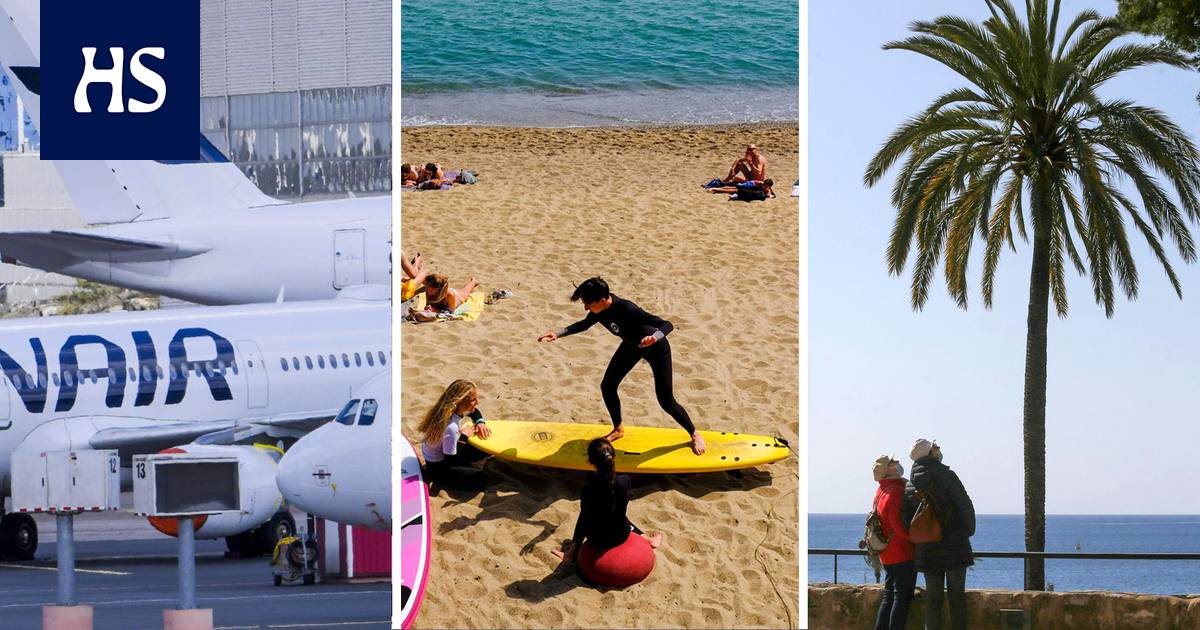 Travel agencies also began selling in the summer of 2022 in record early, as the travel enthusiasm is now huge.

Dammed travel demand has begun to unravel in travel agents over the past two weeks. The booking books have been filled to the brim with a new sense of confidence in Finns.

Travel agencies are already seeing the light at the end of the tunnel, even though the pandemic has not disappeared anywhere.

For example, Aurinkomatkat has experienced even record moments in travel sales in recent days, and October is now “really hot”.

“The outlook has changed in a brighter direction all the time. Last week, demand tripled from the previous week and this week will be a record sales, ”says Aurinkomatkat’s CEO Timo Kousa.

There will be a lot of demand especially next autumn. It is far enough for many to dare to book a trip already. But many look even further.

This year, travel agents have started selling exceptionally early as early as the summer of 2022, which is likely to be combined in the most normal, post-pandemic life for many. When the journey is known, you can cope better, many people think.

“We have never before opened next summer’s sales so early. There are now a lot of reservations too, ”Kousa says.

A lot is still shrouded in obscurity, and travel agents can only trust and believe in better times. Still, some psychological lock has just opened, which is probably due at least to the progress of vaccinations, Kousa estimates.

“Everyone is in anticipation of how the situation will develop in the summer: how vaccine coverage will increase, whether there will be vaccine passports. Likewise, people are monitoring what is happening in the target countries, such as Greece, Spain, Italy and Turkey, ”he says.

The same message comes from another big travel agency.

“For example, our best-selling time last week was October, the autumn holiday weeks. Last week, we also had summer 2022 on sale, but the main emphasis on bookings will be next autumn and winter, Finns are now booking the most, ”says Communications Manager. Laura Aaltonen From TUI Finland.

“We have noticed that people have a lot of desire to travel now and they want a trip to be booked in the future,” says Aaltonen.

Similarly, a new trend has been noticed: the desire to travel to familiar destinations for longer and longer periods of time, such as the Maldives and Zanzibar, which also costs significantly more.

“Next winter we are now booking a dream vacation in paradise. Maybe people have more money left to save during the Korona period, and now they want to use it, ”Aaltonen reflects.

Even in Tjäreborg it was noted that interest in tourism rose as soon as the government’s exit plan was announced. The interest is especially in autumn and winter.

“For the summer, many questions are still open. We believe that we can already start tourism in the summer. The summer capacity has had to be reduced and some sites canceled, ”says the country director Jessica Virtanen From Tjäreborg.

According to him, there is a lot of travel enthusiasm now because it has not been possible to do so for a year.

“It is clear from the customer messages that it is desirable to be able to travel. And planning a trip is always one step in the trip. ”

“It seems that the adult population in Finland has already been vaccinated with another vaccine by the autumn. It will pave the way for tourism again. ”