Tourism forecasts for this summer 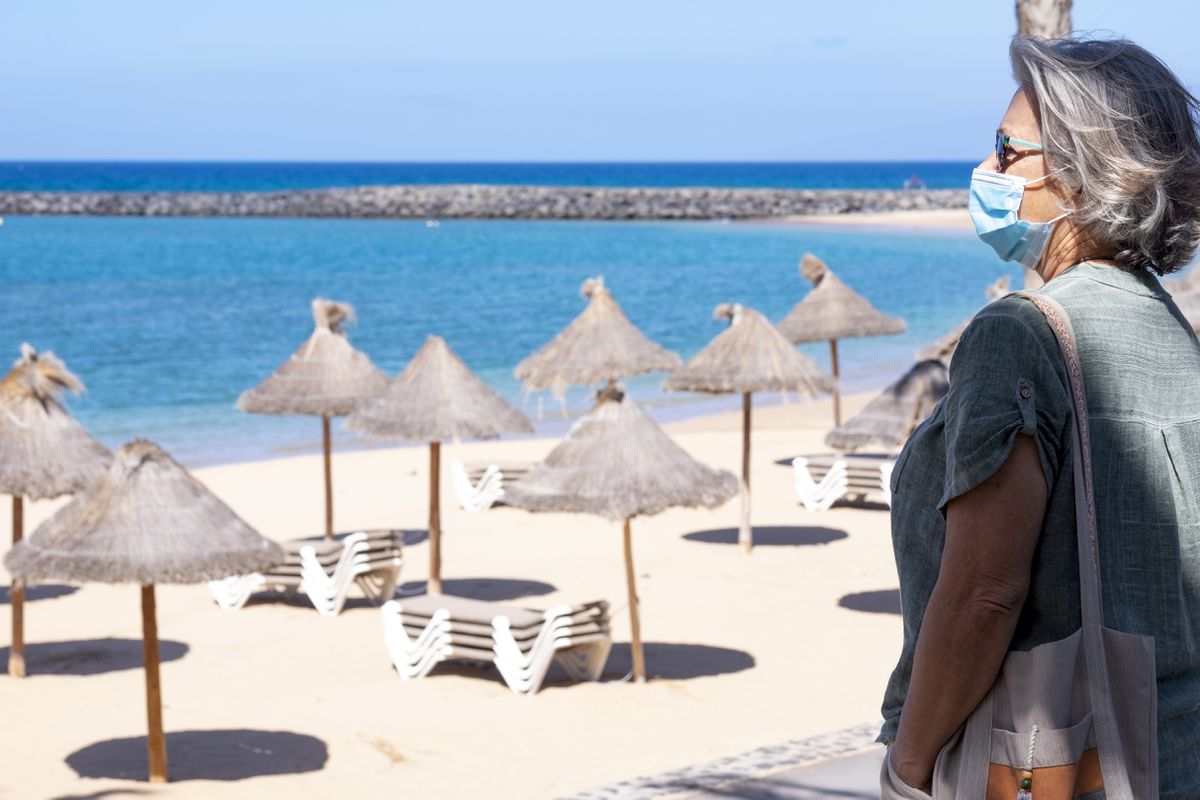 The pulse of the Spanish tourism industry remains weak. Advancement in vaccinations, slower than expected, and the arrival of a fourth wave from the pandemic have slowed the speed of recovery of this strategic engine. “We cannot expect a good year for him sector”, Says Emilio J. González, professor of Economics at the Universidad Pontificia Comillas ICAI-ICADE. In any case, the expert continues, it will be better than in 2020, when it suffered an almost total stoppage. For the summer, the arrival of between 30% and 40% of international tourists who came to the country before the outbreak of the health crisis is expected, according to estimates by the Independent Authority for Fiscal Responsibility (Airef), the body in charge of ensure the stability of public accounts.

This forecast implies the visit of between 8.5 and 11.5 million foreign visitors during this summer, if the figures of the National Institute of Statistics (INE) for July, August and September 2019 are taken as a reference. At the end of 2021 , the sector it will have recovered between 60% and 70% of foreign visits, and will achieve full improvement in the following years, according to Airef forecasts. Hopes are pinned on the domestic market and in those countries, such as the United Kingdom, where vaccination campaigns are progressing more rapidly.

“2021 is going to be a year of subsistence,” acknowledges Iñaki Gaztelumendi, an expert in the sector and consultant to the World Tourism Organization (UNWTO), linked to the United Nations (UN). Before the pandemic, the tourism Spanish seemed unbeatable. More than 83.7 million foreign travelers disembarked in the country in 2019 (which was the seventh consecutive record of arrivals) and disbursed about 92.2 billion euros, according to the INE. “It is impossible for the National tourism can compensate for these figures ”, emphasizes González.

A recovery full of uncertainty

“The successive waves of infections and the maintenance of restrictive measures, together with the slowness of the vaccination process in Europe, continue to project high uncertainty and delay the Recovery of economic activity ”, according to Report on the initial budgets of the Public Administrations for 2021 de la Airef, published in early April. For this year, the Government expects the economy to grow 6.5%, a figure that is in line with the forecasts of the International Monetary Fund (6.4%) and with the Airef (6.6%).

Until a few months ago, the Executive estimated a rebound in the Gross Domestic Product (GDP) of 7.2% in 2021, after a fall of about 11% in 2020. This forecast rose to 9.8% with the arrival of the resources of the European Recovery Fund, also known as Next Generation EU. But it has become dead paper. “The delay in the reactivation of tourism it is holding back the growth path of the Spanish economy ”, argues Gaztelumendi.

This year, the international tourist flow in Spain will gain some strength, but its full recovery is expected throughout 2022 or even early 2023, underlines Airef. Taking the flight back will not be easy after last year’s disaster, when only 18.9 million international tourists visited Spain, 77.33% less than a year earlier, according to the INE. The sectormoreover, it lost vigor. It went from representing 14.1% of GDP in 2019 to 5.9% in 2020, according to the Annual economic impact report of the World Travel and Tourism Council (WTTC), an international body that brings together 200 companies.

Time to avoid bankruptcies Massive numbers among companies are exhausted, warns the Alliance for Tourism Excellence (Exceltur), an association formed by 33 Spanish firms involved in this activity that work in 175 countries. At the end of the first quarter of the year, the sector has accumulated 15 months of continuous decreases in turnover of more than 70%, according to this institution. “We cannot afford a summer as in 2020 ”, added from the Institute of Tourism of Spain (Turespaña), the public body attached to the Ministry of Industry, Commerce and Tourism and responsible for promoting the country as a holiday destination. Hope is on the advancement of the immunization process.

“For the week of July 19, it is expected to have 25 million Spanish vaccinated and, by the end of August, 70% of the population [33 millones de personas]”, Indicates this organism. The same figure that the President of the Government, Pedro Sánchez, announced publicly at the beginning of April. In addition, Turespaña stresses that the digital green certificate that will facilitate the international mobility of those already vaccinated. Also of those who, without being so, can demonstrate with a test that they are not infected and therefore do not pose a risk when traveling, highlights this organization. Given this scenario, his forecast is that at least 50% of foreign tourists who visited the country before the pandemic will arrive.

A long journey ahead

The industry has already seen an incipient recovery in this Easter week. In accordance with Pulse, the Banco Sabadell tool that allows analyzing the evolution of the recovery, commercial activity in Spain, according to card payments during the first week of April, has represented 132.52% of the same period of the previous year, when citizens she was subjected to strict confinement after the declaration of the first state of alarm.

But there is a long journey to go to reach precovid levels. “The recovery of the sector is not only going to be slow, but also asymmetric. The crisis especially affects the destinations most exposed to the international market, ”says Gaztelumendi. This is the case of the Balearic and Canary Islands, where foreign tourist spending accounts for around 40% of local GDP, according to the INE.

The Spanish tourism, that is to say, the national one, will not be able to compensate the foreigner. “You have to take into account the internal economic situation”, highlights González. In March of this year there were 3.95 million unemployed and almost 750,000 workers under the temporary employment regulation file regime (ERTE), according to government figures. “These people have a hard time enjoying vacations.”

In addition, consumer confidence is at levels similar to the lows reached in the 2008 crisis, which were already very low, adds the ICAI-ICADE professor, based on the March report of the Index of Consumer Confidence (ICC), prepared by the Sociological Research Center (CIS). “If confidence is not recovered, it is difficult for many people to decide to enjoy long stays or even go on vacation,” he says.

Domestic tourism is not in a position to cover the percentage that foreign tourists cease to cover, says Gaztelumendi. “We must not forget that this tourism represented only one out of every three hotel overnight stays in Spain in 2019,” he adds. “National tourists will help ease the summer season. But they cannot save it ”, concludes the expert.

The arrival of the British this summer

The eye is on tourists from countries that are ahead in the vaccination process. For example, the United Kingdom, where 57% of the adult population has been immunized, at least with a first dose, according to figures from its Department of Health. “Spain continues to be the preferred destination for British travelers. The advancement of its vaccination is causing its incidence of infections to fall significantly, so if it continues in this evolution it could soon enter the list of countries exempt from the restrictions on non-essential travel imposed by the European Union on third countries ”, They comment from Turespaña.

The United Kingdom is the main source of tourists visiting Spain, both in summer and in winter, the two seasons with the highest influx of foreigners in the country, according to INE figures. In 2019, more than 18 million Britons arrived, which represents 21.6% of the foreigners who visited Spain. Behind them were the Germans (13.4%) and the French (13.3%).

Last year, due to mobility restrictions, the arrival British tourists dropped to 3.2 million. They were relegated to second place, behind the French, who led arrivals with an influx of 3.9 million visitors, according to INE data. “British tourists are eager to return to Spain and we are eager to receive them safely,” abounds Turespaña.

Pilot project in Hessen: where company doctors are already allowed to vaccinate against corona