Tourism Completely new criminal title in the law, fines of hundreds of euros for refusing a corona test – This is how penalties for opposing border corona measures will change 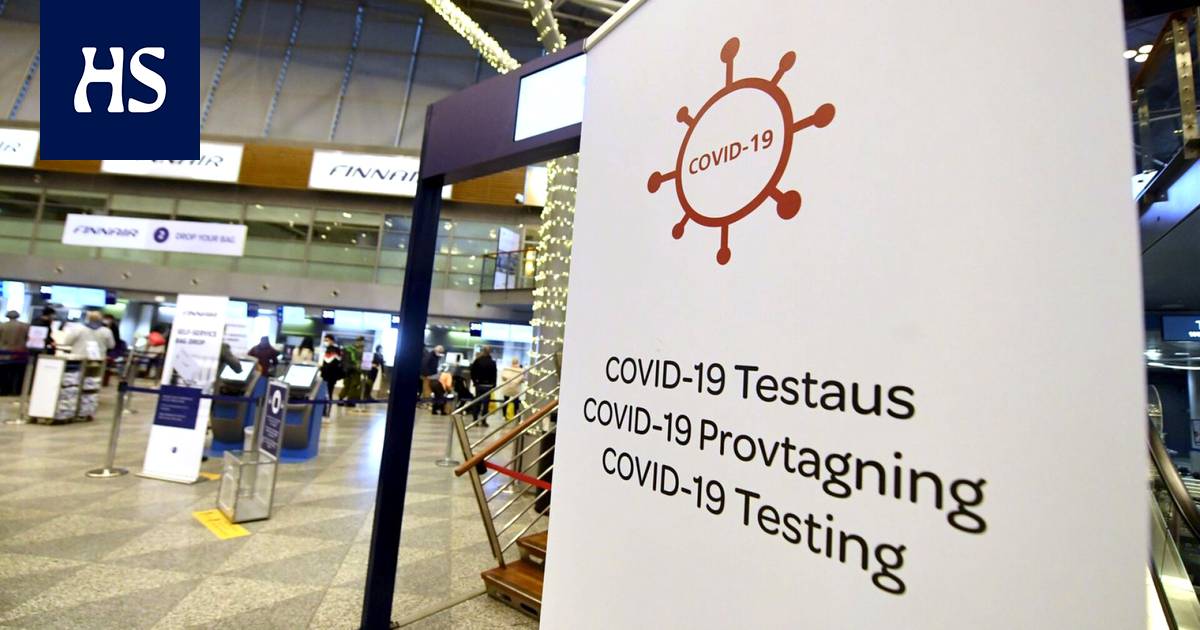 Refusing a corona test is a criminal offense that can be compared to stubbornness against the police.

To Finland an incoming passenger may be fined several hundred euros if he does not take the coronavirus test imposed by the authority.

The amendment to the Infectious Diseases Act related to border security, which will come into force on 12 July, includes a section allowing a fine to be imposed on a tourist who opposes the test. The law is valid until October 15.

Read more: Entering Finland is not easy at once: What does Thursday’s border decision mean and where can I come to Finland on Monday?

Fine it is possible to give to refusers already under the current law.

The refusal is therefore an offense under the Penal Code, punishable by daily fines. A similar fine can be obtained, for example, if you stalk the police.

The exact wording of the law is as follows:

“An adult who intentionally or through gross negligence fails to comply with the obligation to take the covid-19 test referred to in section 16b (1) or section 16d (1) shall be convicted, unless the act is punishable more severely elsewhere by law, covid-19- for non-compliance with the test, a fine. “

LaIsta it is not clear how much fine you will receive for stooping.

An example is the fines imposed by the Eastern Uusimaa police at the end of June on two Finns at Helsinki-Vantaa Airport. The reason for the fines was the refusal of the corona test.

Both passengers were fined 16 days for a health violation. They were then allowed to continue their journey.

Police Inspector Kyösti Arvelin says the minimum amount of the fine is one daily fine and the maximum is 120 daily fines. This is, in principle, also the case for failure to carry out a corona test.

“It is not so arbitrary to measure a sentence, but the measurement of a sentence is limited by the special general principle of measuring a sentence laid down in Chapter 6, Section 4 of the Penal Code,” Arvelin says in his e-mail reply.

The penalty must therefore be measured, inter alia, in such a way that it is proportionate to the harmfulness and danger of the offense, the motives for the offense and the other guilt of the perpetrator.

The uniformity of penal practice must also be taken into account.

“In fine proceedings, a 16-day fine would be required for this offense. If the act involved mitigating or aggravating circumstances, the suspect would be required to be fined on a scale of 10 to 30 days, ”says Arvelin.

According to him, the fine is thus similar to stubbornness against the police.

It’s about According to Arvelin, there is an out – of – court criminal procedure, ie a fine procedure, in which the police can terminate a preliminary investigation and impose a fine on the suspect with his consent.

If the suspect does not agree, he runs the risk that the matter will be settled in court. There may be a more severe punishment promised.

Police have already imposed several fines at the borders under current law. There have been specifically fines of 16 days in public.

Read more: Two Finns fined at Helsinki-Vantaa for refusing a corona test – arrived on a Kiev flight from Ukraine

Daily fine the amount of the euro is affected by the convicted person’s income. The amount is calculated on the basis of the average net income for the month, ie due to cash, and tax-free dividend income.

Before calculating the fine, the basic consumption, which is affected by the dependent children and the spouse, is deducted from the net income.

The amount of the daily fine can be checked from the police administration counter.