Tourism 5,000 kilometers is a long way to travel by electric kickboard, but Hervé Magnin is well on his way: the destination of an artist traveling through Finland is Nordkapp 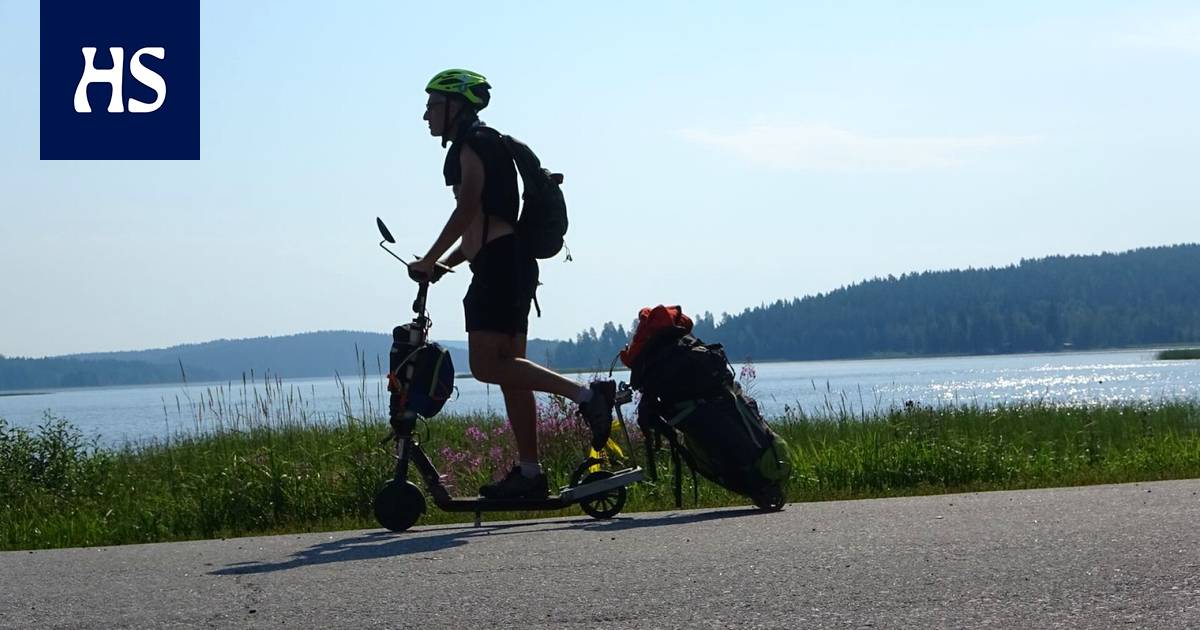 Hervé Magnin is going to make a film about his adventure.

About 5,000 kilometers is a long distance to travel, especially on an electric kickboard. French artist Hervé Magnin.58, however, is already well underway.

Magnin, who was reached by telephone on Tuesday, was heading from Muurame towards Oulu. He estimates that he will be in the Norwegian Nordkapp in about a month.

“I am in no hurry to get to Nordkapp. I want to meet people and learn the language. ”

TRAVEL began in late May in Magnin’s home village of Le Bourget-du-Lac.

For the first trip, he folded at a fast pace.

After arriving in Finland, Magnin has slowed down. In northern Finland, he believes he will enjoy himself for a long time.

“My intuition says that something important will happen in a few weeks because I am very interested in Lapland and Sámi culture.”

For the trip Magnin decided to leave with a desire to do something no one else had done before. Nordkapp was selected as a destination because he wanted a “mystical” destination.

Namely, Magnin is filming an adventure film about his journey.

“The adventure has two parts, winter and summer.”

Last winter, he visited Kiruna, Sweden, to shoot Northern Lights for the film. According to him, the work also has educational and documentary features related to the environment.

In addition to movies, Magnin says he makes music and writes books.

During his trip, Hervé Magnin has had time to admire nature. The picture is from Germany. Picture: Hervé Magnin

TRAVEL has not gone smoothly. Magnin has attached a towbar to the back of the electric kickboard. The tuning has broken down many times already.

In Finland, he went to the Pasila Bicycle Workshop to repair his bag.

“The repair of the aluminum support arm was successful, but it didn’t last but broke down four days later.”

The Magnin has two electric kickboard batteries. They can travel about 50 kilometers. To save power, he helps progress with his feet.

Magninin according to him, just constantly charging the batteries makes the trip awkward. So far, he has left the batteries empty on the road only once.

“I think that when I’m in northern Finland, I have to anticipate the battery life even more.”

Magnin sleeps mostly in a tent but also online with people providing overnight accommodation for travelers.

“In Muurame, I was with a very nice family,” he says.

“We were boating on the lake and went to a small bay. It was quiet and the sunset was spectacular. ”

THERE after reaching Magn, head back to France via Sweden and Denmark. On the way back, he plans to fold by hitchhiking and sitting on the bus.

Despite the good experiences, Magnin doesn’t expect to make a similar trip on the electric kickboard in the future.

“It may be that I came up with another way to travel. Maybe I’ll walk with my hands. ”