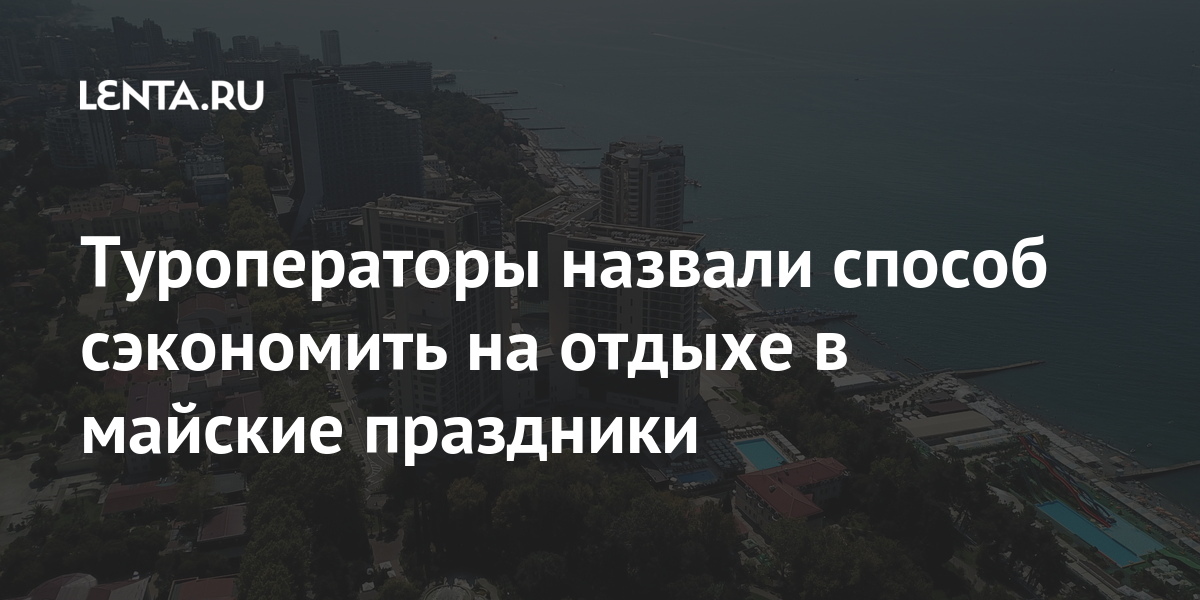 In order not to spend a lot of money on traveling to the south of Russia on May holidays, you need to choose the least promoted places. This and other ways to save money on vacation were named by tour operators in an interview with Izvestia.

“In Sochi, the maximum load falls on the Central District and the mountain cluster, while in the Imeretinskaya Lowland there are still affordable prices,” said Ilya Umansky, General Director of the Alean tour operator.

At the same time, in Crimea, the most popular areas are the South Coast and the Big Yalta region. In turn, on the East and West coasts, demand is lower, and there are just as many offers for tourists. Here experts advise paying attention to Kerch.

According to experts, Abkhazia can be chosen as a budgetary alternative to Sochi. Prices there are on average 20-40 percent lower, and Russians can get there with an internal passport without taking PCR tests.

Earlier, experts from the Russian travel industry named the most popular all-inclusive hotels on the Black Sea. For example, in Sochi, experts have allocated a four-star spa-hotel “Prometheus Club”, a weekly stay in which will cost 80 thousand rubles for two without a flight. In addition, the selection includes hotels “Velvet Seasons”, Gamma and Sigma Sirius.