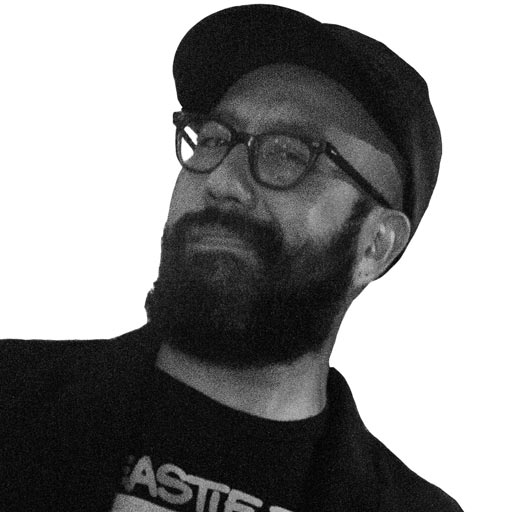 I wanted to write, once again, about the appropriation of homosexuals with the virus as a form of vindication against the hetero hegemony that they take for granted that their reproductive sexuality is synonymous with good health. Suddenly I realized that I was repeating with cheesy syntax what was said in past texts to get to the same point.

The misinformation, stigmatization, derision, towards HIV, its transmission routes and those who carry it, who live with it, is re-emerging a certain sharp hostility. Bullets of annoying morality many times fired into the air by homosexual hands. They look like bursts detonated with a silencer. Well, they go almost unnoticed amid the noise of discussions about inclusive language and the new masculinities that it seems can only be reinvented on heels.

I decided to reproduce this text published a couple of years ago with the same ideas that I wanted to paraphrase. Just to realize that the pious recrimination with which the virus is described remains intact, even though the scientific literature and activism do not interrupt the march …

When in 1988 the Seattle band, Mudhoney, released their first official single, and unfairly their most famous, “Touch me i’m sick”, it would also project perhaps the crudest anthem about the reality of erotic relationships in times of low AIDS. the neoliberal conservatism regime of Donald Reagan. Maybe that’s why the song was left out of any compilation album with themes around the fight against HIV. Even the non-profit charity Red Hot, renowned for producing eclectic albums geared towards a specific musical genre, whose guest artists reflected on HIV in contexts related to their cultural style, left out “Touch me i’m sick” from the No Alternative collection, focused on the bands that contributed to the alternative rock heyday of 1993, even though the lyrics of the song, foundational in the hopeless riot of what grunge would be as it is written in history, addressed the reality of sexual threats and pissed-off plea for tolerance on the part of those affected with a sense of repulsive street humor, which kicked any trace of indulgence found in its path of immature pleasure, explicitly superior to the proposals of Sonic Youth (who had already covered “Touch me i’m sick”), Pavement, Beastie Boys, Soul Asylum, the Smashing Pumpkins, Sarah McLachlan and the rest of the b You are chosen by Paul Heck, the producer in charge of curating the compilation.

It is complex to address the current situation of the fight against HIV in times when even homosexuals themselves fight furiously not to be classified in high-risk populations, despite the fact that tremendous amounts of alcohol circulate at parties sponsored by condom brands, which safe sex is the least of it. Emulating the civic hypocrisy of the bugas have been one of the shots in the foot that leave us the most fragile when defending our rights. There is a moral gap between the defense of equal marriage and the increase in people living with HIV, especially young people (according to Censida, this sector went from representing 25% of the cases diagnosed by the virus in 2013, to 45% in 2013). 2018), which puts us homosexuals in a position of controversial self-harm.

Homosexuals also fled whatever the nihilist and anti-tear provocation of the Mudhoney gave rise to, opting for ballads that patted the back to the feeling of tragedy that, together with stigmatization, seemed like the gonads of the virus at the end of the eighties past: “A pat on the back is not going to change the system because the system is never going to change,” said Henry Rollins and here we are, with an alleged change in the Mexican governmental system, rhetorically located on the spectrum of the authentic left, To which, however, World Day to Fight AIDS passed by, since the international day is linked with the celebration of the arrival of the Fourth Transformation to power, saturated with redemptive messages. And also with the marches that dressed in white gave free rein to their communist paranoias on the Paseo de la Reforma, carrying the same banners that evoked the justice of Christ the King as chai latte coffees. In appearance they are groups of colorfully antagonistic Mexicans, but from my sexual resistance, as cynical as the Mudhoneys, I find strong coincidences, such as their indifferent conservatism to the discussions of HIV in Mexico.

With everything and that it was a complicated year. Just recall the tension sparked by the rarefied antiretroviral crisis that hit public health systems earlier this year, in which official accounts, political sympathies and aberrations from activists and uninformed patients collided with one another, unleashing a quagmire chaos so clouded by mass hysteria that it was extremely difficult to distinguish true cases of antiretroviral shortages from rumors. And while I write these words to the rhythm of the Superfuzz Bigmuff (the album that contains “Touch me I’m sick”) at full volume, I see on social networks photographs that denounce the lack of antiretrovirals in IMSS clinics, but I cannot assure anything.

When I hear the vocalist Mark Arm shout: “Well that’s it: I’m sick and I don’t care” I convince myself again that the success of Mudhoney should be the anthem of the fight against HIV, because it is like a sonorous propagation of the load viral in a state of human purity without hypocrisies or shots of conscience, whose bullets come from the moral rifles that heterosexuals carry. Dan Peters’ battery, harsh and frantic, is a kind of echo of the prejudices that despite medical advances, including advances in the controversial PReP, a pre-exposure treatment to the virus that would inhibit the spread of HIV without a condom (not with other sexually transmitted infections), continue to set the pace of stigmatization, although Peters reverses it, giving him a sense of violent confrontation, with oneself and with society that insists on reading the sufferings of sexual contagion as punishment for falling into temptation of carnal pleasures.