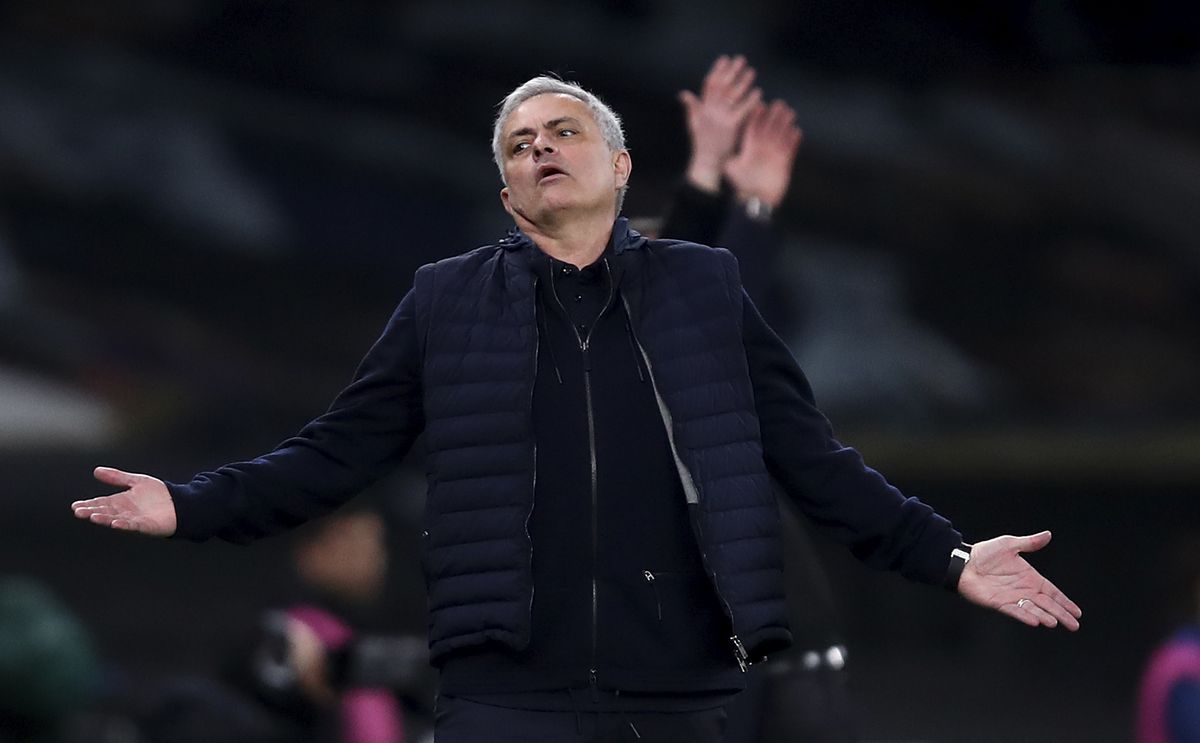 Tottenham fired José Mourinho after a season and a half. The threads that linked the Portuguese coach with the club’s president, Daniel Levy, were slowly cut until the tie (2-2) at Woodison Park, last Friday, precipitated the last rupture. Seventh in the Premier, virtually out of the next Champions League, faced with much of the locker room and exposed to the rejection of fans who demonstrate against him and threaten revolt at White Hart Lane, the wave of disappointment was too overwhelming. Levy, his first and last stronghold, imagined that with the return of the public to the stadiums, scheduled for this spring in the United Kingdom, Mourinho’s presence at the club would become unbearable.

In keeping with the times, Mourinho, 58, leaves a single memorable legacy at Tottenham: the documentary film All or nothingproduced by Amazon, in which he plays himself in a series of truly terrific performances. “Good guys never win anything,” he reproached his squad in an episode in which he asked them to be more ruthless and disrespectful to rivals. However, as a coach, his loss of prestige is a recurring topic of conversation among sports directors.

Mourinho showed signs of self-absorption since the competitions resumed last summer, after the stoppage imposed by the pandemic. The good results that Tottenham reaped at the start of the season avoided what sources around the club described as pure decline. Against the appearances of control, Mourinho lost the thread in front of some players who did not interpret neither his way of management nor his tactical approaches. The kind of deterioration widely documented during his time at Madrid, Chelsea and United was reproduced, only in a more accelerated way. The coach, say these same sources, understood that the lag in his method was evident and that the players would end up turning their backs on him. His days were numbered if he did not adapt his work to the entrepreneurial nature of players like Kane, Winks, Lo Celso, Alli, Reguilón or Ndombelé. However, he did nothing to change the way the team played, increasingly constrained to defend themselves in their own area and to speculate. He knew that he would be fired and he simply simply fulfilled his professional role.

Tottenham became the more conservative, less imaginative and unconvincing version of Mourinho’s project as a coach, since in 2001 he managed UD Leiria and ran as one of the most revolutionary coaches in Europe. The opposite happened to what he postulated after his presentation on November 20, 2019, when he warned: “I have changed.” He signed a contract until 2023 and began by showing sympathy and sliding that all the problems he had had with the United squad had been caused by his old assistants, in particular Rui Faria, who was his physical trainer and first confidant. Tottenham players, advised by their friends at United and Chelsea, teammates in many cases, received the coach with distrust. The first months were peaceful. But before the pandemic, gaps were already in sight. In recent days only Harry Kane and Hojberg defended him among his teammates.

The club announces that José Mourinho and his coaching staff made up of Joao Sacramento, Nuno Santos, Carlos Lalin and Giovanni Cerra have been relieved of their duties. pic.twitter.com/yfBv01PRk6

Daniel Levy, whose plan was to install Tottenham in the Champions League, revalue it and sell it for 2,000 million euros, was the most fervent defender of the hiring of Mourinho. The president considered that to raise the media and business level of the club nothing would be more useful than a leader with glamor. Someone famous. Between them they established that the primary objective in the roadmap would be to classify the team among the top four in the Premier, to give them access to the Champions League. The wording of the contract was specifically conditioned. According to him Daily MailIf Tottenham did not qualify for the Champions League at the end of the 2020-21 season, the club could fire the coach by paying him a quarter of the gross 40 million euros that would remain from him until June 2023.

Levy ambitioned that Mourinho would surpass the marks of Mauricio Pochettino, who in 2019 qualified Tottenham for the Champions League final. Two years later, the evidence is overwhelming. Tottenham are far from the Champions League, outperformed even by West Ham and threatened by Everton, two traditionally minor rivals. The team have won just one of the last five Premier matches they have played, against Aston Villa, and have been defeated by Dinamo Zagreb, who eliminated them from the Europa League after a 3-0 comeback. That night, Mourinho went to the local dressing room at the Maksimir Stadium to congratulate the rival players and began an open campaign of public smear against his own footballers. The sports crisis began to turn into an institutional fire.

Along with Mourinho, his team of new collaborators lost their jobs: Joao Sacramento, Nuno Santos, Carlos Lalín and Giovanni Cerra. In his farewell letter Levy thanked them: “Jose and his team have been with us during one of the most difficult periods in our history as a club. Jose is a true professional who demonstrated enormous resilience during the pandemic. On a personal level I have enjoyed working with him and I regret that things did not turn out as we both hoped ”.

Tottenham have only one chance to celebrate a title this season. Next Sunday he will dispute the League Cup against Manchester City. The so-called Carabao Cup is the humblest of the trophies to which English First Division clubs aspire. If nothing changes, former home player Ryan Mason will sit on the bench as interim.