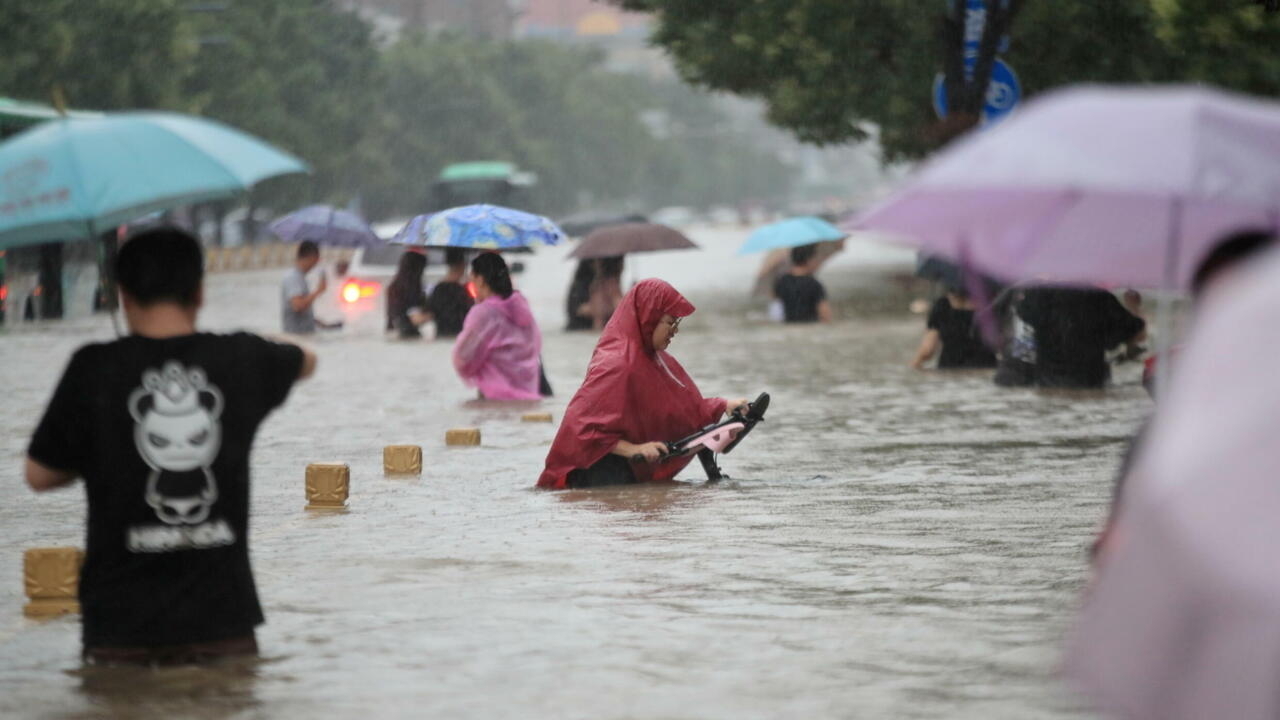 The rains and subsequent floods in central China’s Henan province killed at least 25 people, most of them in the provincial capital Zhengzhou, the state agency Xinhua and local media reported. More than 100,000 people have had to be evacuated. Meteorologists say they are the worst rains in 1,000 years and link them to climate change.

Torrential rains cause a catastrophe again. This time in China, in the central province of Henan. In its capital, Zhengzhou, at least 12 people have died trapped in one of its subway lines, while another four have died in Gongyi, according to local media. In total, there are 25 deaths confirmed so far by the authorities.

Along with this, more than 100,000 people had to be evacuated to safe places due to rainfall that between Saturday and Tuesday left 617.1 millimeters of rain, when the annual average stands at 640.8 millimeters. “This rain is seen once in a hundred years. The situation is grim,” the Zhengzhou flood control center said on Tuesday.

The rains are forecast to last at least until the night of this Wednesday, so local authorities raised the emergency to level two (out of four) due to the worst rains in a thousand years, according to local meteorologists. The Chinese People’s Army has dispatched more than 3,000 troops to the area to assist in search and rescue efforts.

The Zhengzhou subway, key in the death toll

Due to the flooded streets, the Zhengzhou authorities decided to suspend the bus service, so many people decided to travel by subway. Videos on social networks showed how, however, this was a bad decision, since the water reached more than one and a half meters in height in the subway.

“The water was up to my chest,” wrote one survivor on social media. “I was really scared, but the scariest thing was not the water, but the diminishing air supply on the train.” As a result, 12 people died and more than 500 were injured.

Across Henan province, home to around 100 million people, dozens of roads have been flooded, train service has been suspended and many flights have even been delayed or canceled. Schools and hospitals have also been affected by supply cuts.

Local authorities also announced that the rain had caused a 20-meter breach in the Yihetan Dam in Luoyang city west of Zhengzhou. The dam “could collapse at any moment,” they said. Faced with the catastrophe, Chinese President Xi Jinping, who called the situation “extremely serious,” acknowledged that “flood prevention efforts have become very difficult.”

Like the recent fires in the United States, Canada or Siberia and the floods in western Europe, this new catastrophe in China is caused by unusually strong weather events that scientists associate with climate change.

“These extreme weather events are likely to become more frequent in the future,” said Johnny Chan, professor of atmospheric sciences at the City University of Hong Kong. “What is needed is for governments to develop strategies to adapt to such changes,” he added.

The concern has now spread to neighboring Hebei region, with capital in Shijiazhuang, which has issued an alert for moderate to heavy rains starting Wednesday.

With Reuters, EFE and AFP.