‘Torn’, the film that heals the wound suffered by Conrad Anker and his impostor syndrome 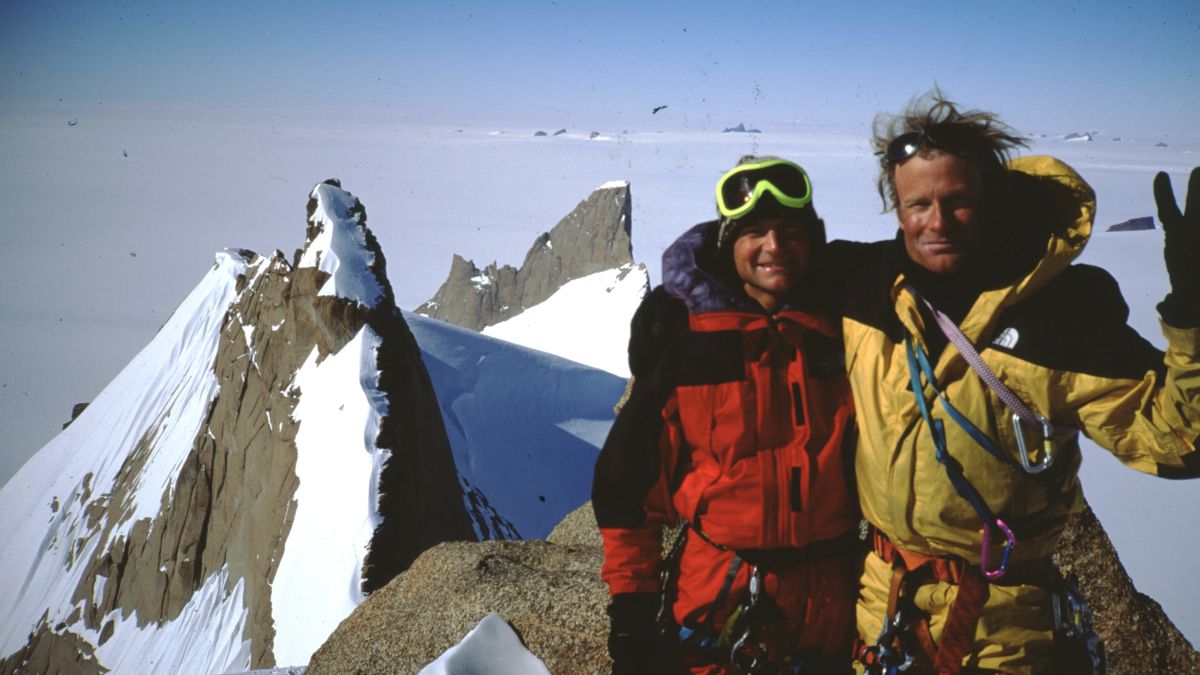 This story should have a movie and here it is. ‘Torn ‘ (from February 4 on Disney +) is the documentary directed by Max Lowe in search of the figure of his late father. As in the mountains, the trailer is only an edge of what can be seen from the base camp. It impacts, but it does not satisfy. The summit, in the form of a film, fills much more. It is the therapy of many mountaineers and this film represents precisely that, a family healing of the director himself. “What happens if you die in the mountains?” asked Jennifer. “I won’t, because to die would be to fail as a climber. Staying alive is the first rule. Besides, I have a lot to live for, “he replied. Alex Lowe in one of the many letters that he exchanged with his wife when it was his turn to go on an expedition. In October 1999, Alex was on the crest of the wave, immersed in an expedition sponsored by North Face and NBC Sports, and he wanted, together with his inseparable friend Conrad anker and cameraman David Bridges, complete the first American ski descent down the south face of the Shisha Pangma (8,013 meters, the lowest of the 14 eight-thousand).

Lowe was the best climber in the world according to the prestigious magazine Outside. Without reaching the status of George Mallory (it was Conrad Anker who found his mummified remains in 1999), Edmund Hillary or Reinhold Messner, the American became, at the end of the 90s, the most admired and emulated climber of the post-Messner era. . “The best climber in the world is the one who has the most fun climbing,” he repeated uncomfortably because that label, that of the best in the world, was the only weight that it cost him to carry. “You no longer have to choose a mountain or a route to climb, you are in all of them. Our meeting was brief, but you will always be a light in my future and in my life “, Jennifer revealed in her memoirs about the letter of thanks from Catalan Xavier Delgado, who on June 9, 1995 had perished in the ice of Denali in Alaska, if Alex had not come to his rescue and had not carried his 65kg of weight to lower him to a safe place at more than 6,000 meters high. “People referred to Alex as the secret weapon”, says Alison Osius, president of the American Alpine Club. “When other climbers found out that he was going to do a first ascent, the answer was: ‘That’s cheating.’ He was so strong and had such good judgment … ”, he adds.

But an avalanche, caused by the fall of a serac (a large block of ice), about 150 meters wide, killed Alex Lowe and David Bridges in Gosainthān. Only Conrad Anker survived, who was the one who called Jennifer to communicate the fatal outcome of that October 5, 1999, who orphaned his children Max (10 years), Sam (6) e Isaac (3). Almost two years later, Anker married Alex’s widow Jennifer Conrad-Lowe and raised their children.. The story had all the ingredients to fill the pages of the heart for the fame that both mountaineers had in the United States. The eldest of the brothers, Max, was reluctant to think that a hero like his father, Alex, had passed away. He clung to whatever it took to console the pain of an orphan child: a few days after the announcement of his death, the congratulatory postcard for his 10th birthday arrived at his home in Montana (USA) signed by his father, which he sent from Tibet days before he died. He had her as a talisman. Max berated his mother: “After something so overwhelming, I can’t imagine getting out of it as quickly as you did.” Anker took care of the children, even knowing that their fate could be similar that of his alter ego. A report from New Yorker explained the black hole that meant for his mind to complete a list of great losses, starting with that of his mentor, Mugs Stump, who fell into a crevasse while descending from the Denali, in 1992; through Scott Adamson, Justin Griffin, Hans Saari, Doug Coombs, Ned Gillette, Mira Šmíd, Hari Berger, Todd Skinner, Walt Shipley, Ang Kaji Sherpa, Ueli Steck or Dean Potter.

The film is a journey of memories and emotions because familiar images appear, for example, when they came, 16 years after (April 2016) his death, to the Shisha Pangma, after Ueli Steck and David Göttler will find the bodies of Alex Lowe and David Bridges encased in ice. There the circle was closed. But in reality, this documentary is a tribute to Conrad Anker for, precisely, the son who had the hardest time assimilating the new situation. Accept and enact, with the seventh art as witness, that one father lost, but another won. Anker’s role was by no means an easy one: he was accompanied for years by a Boze shaman-therapist, Timothy Tate, to overcome the grief of his best friend’s death and the imposter syndrome, that of living a life that did not it was his.

Vaccine covid Germany, Pfizer only for under 30 and pregnant women

Residents are afraid of spontaneous fires by their solar panels, three times it went wrong in the neighborhood