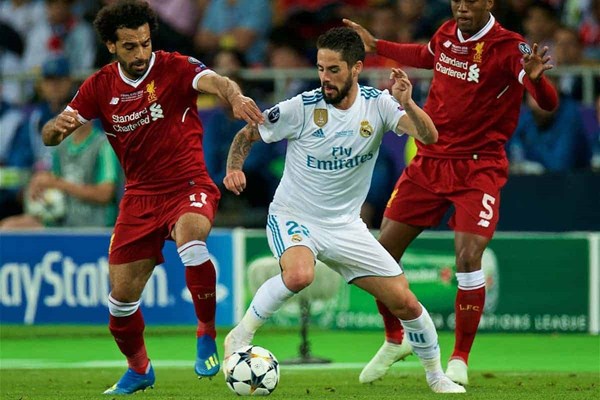 Twelve major European clubs have officially announced the launch of the “Super League”, a special competition intended to compete with the European Champions League, in what appears to be a declaration of war against the European Football Association (UEFA), which has pledged to punish the clubs and their players.

In a statement, 12 of the most important European clubs announced an agreement to create a new competition, the Super League, to be run by the founding clubs: Milan, Inter and Juventus (Italy), Atlético Madrid, Real Madrid and Barcelona (Spain), Arsenal, Liverpool, Chelsea, Manchester City, Manchester United and Tottenham (England) .

The clubs were immediately accused of greed and threatened with international punishment. The clubs indicated that three other founding members will be announced, with five other places awarded through a qualification system annually, provided that the inaugural version begins “as soon as practically possible.” The 15 founding members will ensure they qualify each season.

Before the official announcement, the European Union and football federations in the three countries announced that the clubs would be banned from participating in the domestic leagues and the UEFA Champions League. Uefa indicated that the clubs concerned: will be banned from playing in any other competition at the local, European or global level, and their players may be deprived of the opportunity to represent their national teams. During a meeting of its executive committee, UEFA is aiming to formalize the reforms related to the Champions League competition.

The group stage in the European Champions League will be completely overhauled, with the number of clubs increasing from 32 to 36 and the introduction of the so-called “Swiss system” inspired by the game of chess, where the clubs play 10 matches in the group stage instead of the current six system. The clubs are divided into eight groups of four teams. Under the new system, clubs play a “mini-championship” in one group, where each team plays 10 matches. It is expected that one of the four new seats will be awarded to the French League, while one of the main points of controversy will be how to decide on the other three seats.

The confederation and the three federations described the disengagement process as “ridiculous”. He added: In the event that this happens, we would like to reiterate our regrets, as well as FIFA and all the member federations. We will remain united in our efforts to stop this satirical project, which is a project based on the self-interest of a few clubs at a time when society needs solidarity more. since when.

Arsenal are currently ranked ninth in the Premier League, and are far from the race to qualify for the Champions League next season, similar to Liverpool and Chelsea.

And the Premier League announced in a statement: Fans of any club in England and all over Europe can now dream that their team may rise to the top and play against the best, and added: We believe that the concept of the Super League may destroy this dream. The 12 clubs said in their statement that the new group is “looking forward” to “holding” talks with the European and International Federations (FIFA), and that the matches will be held over the course of the week to allow the teams to continue playing in the local leagues.

“Football is the only global sport in the world with more than four billion fans, and our responsibility as big clubs is to respond to their desires,” said Real Madrid President Florentino Perez, the first president of the “Super League”. But FIFA expressed its “dissatisfaction” with the announcement, saying in a statement that “Against this background, FIFA can only express its rejection of the Super League outside the structures of international football and its lack of respect for the principles.

The new format will see the twenty teams divided into two groups of ten, with the top three teams in each group qualifying for the quarter-finals, and the fourth and fifth teams facing each other in the playoff matches. Manchester United Co-President Joel Glazer said that by bringing together the world’s greatest clubs and players to play with each other throughout the season, the Premier League would open a new chapter in European football. The clubs also indicated that a “Super League” for women would be established.

Neither French nor German clubs will be part of the “Super League”. “We thank those clubs in other countries, especially French and German clubs, which refused to join. We invite all football fans, fans and politicians to join us in the struggle against a similar project if it is announced,” UEFA said in his statement. Few people have been stuck for a long time. That’s enough.

Juventus is fighting a battle to stay among the top four teams in the Italian league this season, and Milan have been the seven-time European champion in the Champions League since 2014. “Finally, the Super League’s architects are out of darkness,” said Spanish Football League president Javier Tepas.

For its part, the European Club Association announced that it “strongly opposes” the “Super League”, while Juventus announced that its president Andrea Agnelli, who also heads the European Club Association, that he and its president have resigned from the league. It is worth noting that two of the Champions League finalists last season, Bayern Munich and Paris Saint-Germain, are not among the major European teams that will participate. Political leaders have criticized the clubs involved, with British Prime Minister Boris Johnson saying they should “respond to their fans.”

“The participating clubs must respond to their fans and the wider football community before taking any further steps,” Johnson added. French President Emmanuel Macron also criticized the scheme. The Elysee Palace said that the President of the Republic welcomes the position of French clubs refusing to participate in the European Super League project, which threatens the principle of solidarity and sporting merit.

Ximena Hoyos surprised with an interview with Camilo: "I didn't remember"

Thunderstorm and gusty winds are expected in Moscow on April 30

Mauri Stern to ‘Kurt Cobain’ in I Am: You Need To Get Into Character