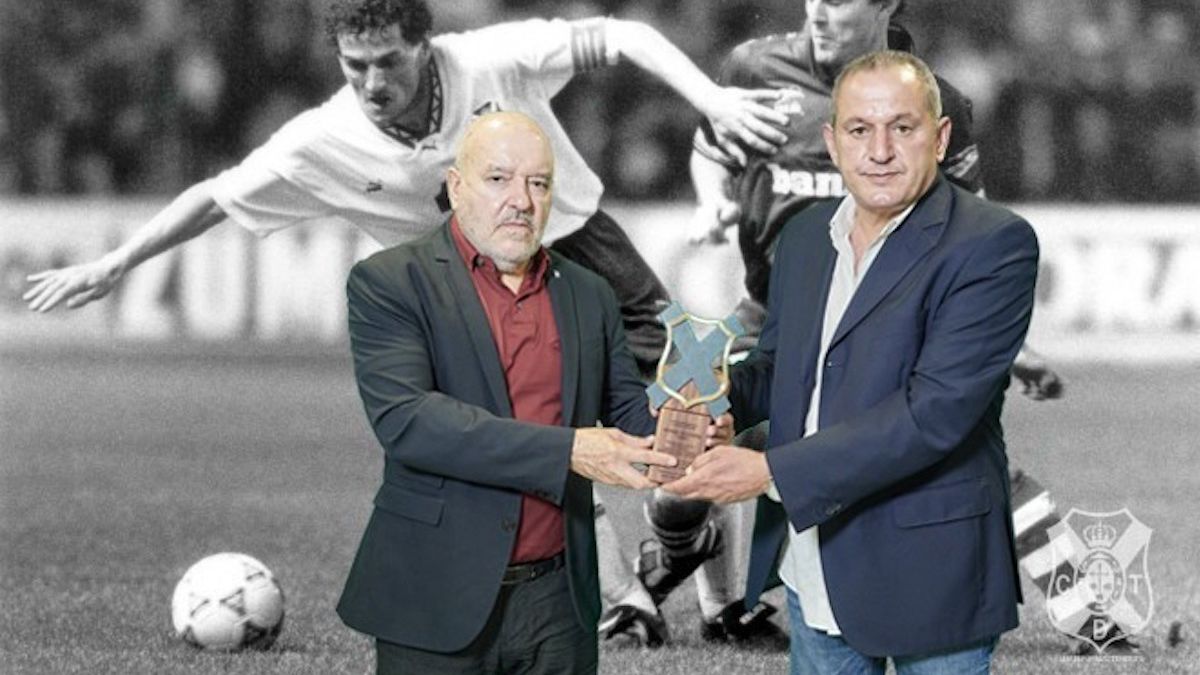 Toño Hernández, the great captain of Tenerife’s most glorious era, was finally recognized. And it is never too late if the bliss is good. This Thursday he received the accrediting sculpture as ‘Blue and White Legend’, from the hands of the club’s president, Miguel Concepción. Born in Gran Canaria, he is from Tenerife by adoption.

“It is the merit of all the teammates who accompanied me throughout my football career and the fans,” said the protagonist in the official media. “I will be eternally grateful to Tenerife because it is very exciting that they recognize you all the years that I have worked for the club. It is a reward for the sacrifice of a life and for me it fills me with pride to belong to the history of this entity ”.

He played thirteen seasons as a blue and white and did so in Second Division B, Second, First and the UEFA Cup. Almost nothing. He always stood out for his dedication, professionalism and commitment. In total, Toño participated in 385 official matches with the Tenerife shirt and only surpassed him on the list, with 413 appearances, his countryman Alberto Molina.

The former defender said that his best memory is, without a doubt, “the promotion to the First Division in 1989 because it came at a time when the team had not been in the highest category of national football for a long time. Then came the European competitions and other successes, but that team was a family and I was part of that piece of history of Tenerife so formidable ”.

He made his debut at the age of 20 before the Cultural Leonesa at the Antonio Amilivia, but he was promoted to Second as a substitute in 1983, with José Ramón Fuertes on the bench. From there, he was always the protagonist in the great Blue and White feats and became an idol of the fans.

In June 1995, he went to Granada and would later return to the club, playing different roles: He has been second coach, first interim coach, He has held positions in the organization chart of the base, delegate of the first team and currently works in the management sporty.

Miguel Concepción, for his part, stressed that Toño continues “within our technical structure and that he continues to help us, every day, to transmit the great values He has been wearing since the stage in which he defended the Tenerife shirt. If this team ever has eleven Toños on the field, the objectives would be met much faster ”, he assured.