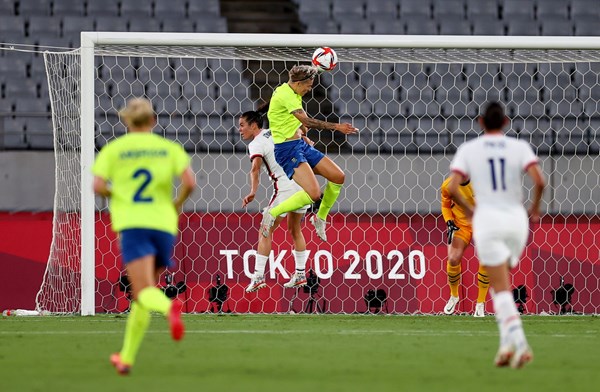 Sports competitions in the Tokyo Summer Olympics began today, 48 hours before its official opening, with the “softball” matches in Fukushima, which was hit by an earthquake and nuclear disaster in 2011, while the World Health Organization warned that the race against “Covid-19” is not over yet.

Japan defeated Australia by a landslide 8-1 in the first sports competitions for the games last year due to the Corona virus pandemic, in front of empty stands due to the ban on fans in light of a health emergency imposed in the country.

Organizers wanted to launch the competitions from the nuclear disaster area in March 2011, after a devastating 9-magnitude earthquake off the northeastern coast and a massive tsunami that triggered a nuclear meltdown and radiation contamination of nearby areas, making some towns uninhabitable for years and displacing tens of thousands of residents.

The games are held in a tight health bubble, where players are subjected to “Covid-19” tests daily, with the adoption of social distance and wearing masks, in case they are outside the competitions, exercising, eating or sleeping.

At the same time, the Australian city of Brisbane was awarded the right to host the 2032 Summer Olympics, according to what the International Olympic Committee announced during its meeting in Tokyo today.

With the start of sports competitions, Australian player Jimmy Kermond was temporarily suspended after he tested positive for cocaine on June 26.

Under Australia’s anti-doping policy, he now has an opportunity to analyze the B sample, and Australian reports said Kermond did not travel to Tokyo with the rest of the delegation. Meanwhile, the head of the World Health Organization, Tedros Adhanom Ghebreyesus, told a session of the International Olympic Committee that the Games could not be “risk-free”.

“Nothing is risk-free in life, there are only greater risks, or less risks, and you have done your best,” he told delegates who wore masks and were socially distant.