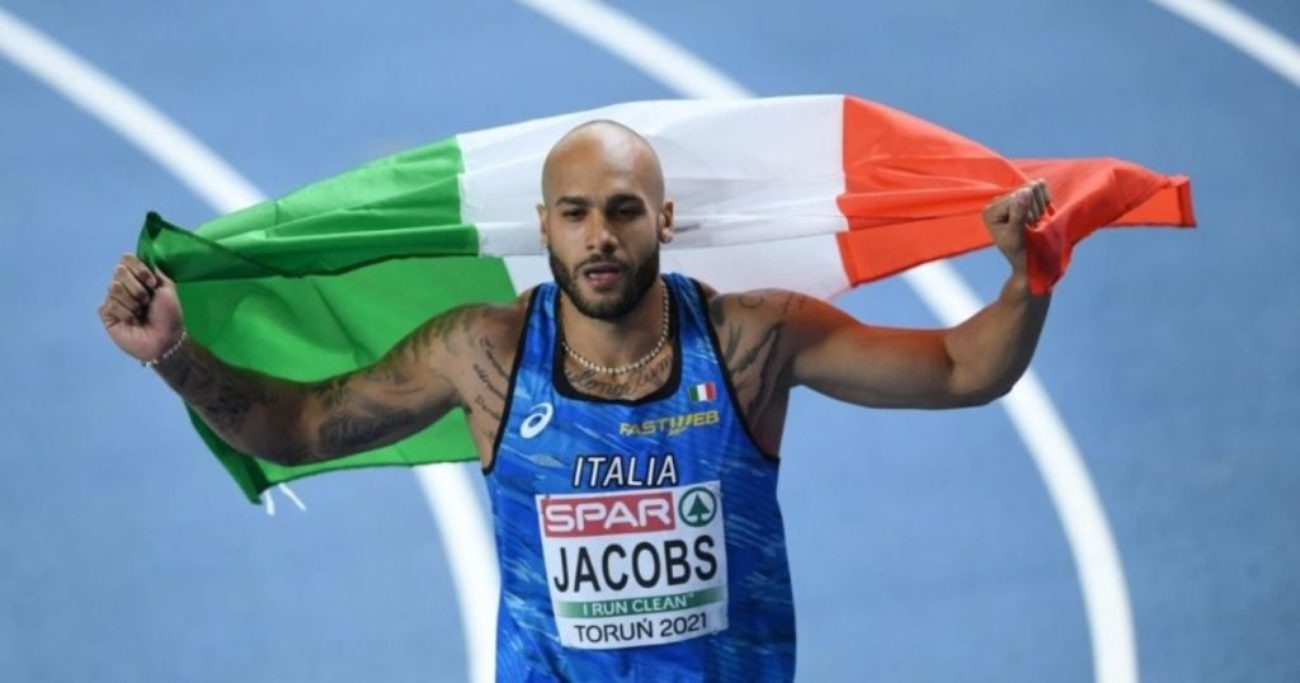 Marcell Jacobs, Filippo Tortu, Eseosa Desalu and Lorenzo Patta: these are the four Italian athletes who are about to play the final of the 4 × 100 relay race at the Tokyo 2020 Olympics. Italy aims for the podium, even if it won’t be easy, but it can play for the chip of the fastest man in the world, Jacobs, the 100m Olympic champion. But who are the four blues of the 4 × 100? Let’s find out together.

The Olympic champion was born in El Paso on September 26, 1994 to an Italian mother, Viviana Masini, and a Texan father, a soldier from the Ederle barracks known in Vicenza. The latter, a few days after his birth, was settled in South Korea but his mother decided not to follow him, moving with the child to Desenzano del Garda, in the province of Brescia. He also had US citizenship until 2015, which he later decided not to renew.

At the age of ten he began practicing athletics, initially preferring the sprint and then, starting from 2011, the long jump. The great leap in speed comes in 2021: on March 6 he wins the gold medal in the 60 flat meters at the Indoor European Championships in Toruń with a time of 6 ″ 47, a new Italian record and best seasonal world performance. On 13 May he runs to the meeting in Savona, setting the new Italian record of 100 meters in heats with a time of 9 ″ 95 (+1.5 m / s). At the Tokyo 2020 Olympic Games the boom: in the 100-meter-flat battery he sets the new Italian record with a time of 9 ″ 94, a record reached with +0.1 m / s of favorable wind. In the semifinals he runs in 9 ″ 84 with +0.9 m / s of wind in favor, qualifying for the final (the first Italian in the history of the Olympic Games) and setting the new European record. In the final, held on the same day, he won the gold medal with a time of 9 ″ 80, further improving the European record and becoming the first Italian in the history of the discipline to achieve this result. Become a legend.

As for his private life, we know that Marcell Jacobs lives in Rome (North area) and is happily engaged (close to marriage) with Nicole Daza. He has three children: Jeremy, seven, born of a relationship with the Olympic champion centimeter, when he was only nineteen, Anthony, born in 2019, and Meghan.

Filippo Tortu was born on June 15, 1998 in Milan under the zodiac sign of twins. He spent his childhood in Costa Lambro, a small hamlet of Carate Brianza with his parents, father of Sardinian origins (Tempio Pausania) and mother of Lombard origins. From a very young age he began to play sports, more precisely athletics. His first approach to this discipline dates back to 2006, when Filippo was only six years old at the Besanese sports club.

In 2013 he won the 80 meters at the Italian cadet championships with a time of 9 ″ 09, while the following year he graduated under 18 Italian champion of the 200 meters with 21 ″ 42. The first big disappointment, however, comes at the Youth Olympic Games in Nanjing 2014, when during the heats of the 200 meters, he falls on the finish line breaking both arms and therefore not being able to compete in the final.

In 2016 he won his first ever Italian title in Rieti, winning the 100m final in 10 ″ 32 ahead of Federico Cattaneo (10 ″ 40) and Massimiliano Ferraro (10 ″ 44). In the same year, in July, he took part in the Under 20 World Championships in Bydgoszcz, where he won the silver medal in the 100 meters finishing second with a time of 10 ″ 24. In 2017 he improves twice the Italian junior record of 60 meters indoor at the meeting in Magglingen, Switzerland. Filippo runs the heats in 6 “67, lowering the previous record held by Pierfrancesco Pavoni and dating back to 1982 by one hundredth. Then, in the final, he improves it further to 6” 64.

The previous record of Pietro Mennea, who had resisted since 1979, is thus beaten: Filippo Tortu is the first Italian in history capable of falling below 10 ″ over the queen distance. On May 24, 2019, a few weeks after having received the honor of Knight of the Order of Merit of the Italian Republic, Filippo Tortu returns to run under 10 ″ at the “Fastweb Cup” in Rieti, when he wins the 100 meters with the time of 9 ″ 97. However, the performance cannot be approved due to the strong favorable wind (+2.4 m / s).

That same year, in September he took part in the Doha World Championships on the distance of 100 flat meters, finishing third in the heat with 10 ″ 20, then third in the semifinal in 10 ″ 11 and qualifying for the final which runs in 10 ″ 07: it is the seventh place world. 2020 opens for Tortu with a great performance in Ancona where he wins the title of absolute Italian indoor champion on 60 flat meters with a time of 6 ″ 60. This season, however, will go on without major high notes and with various physical problems. In 2021, the year that due to the pandemic becomes that of the Olympics, Filippo Tortu loses the national record of 100 meters in favor of Marcell Jacobs. The class of ’94 born in Texas to an Italian mother gets an amazing 9 ″ 95 at the meeting in Savona on May 13th