Tokyo 2020: Travascio and Branz won the Medal Race, but were two points behind bronze 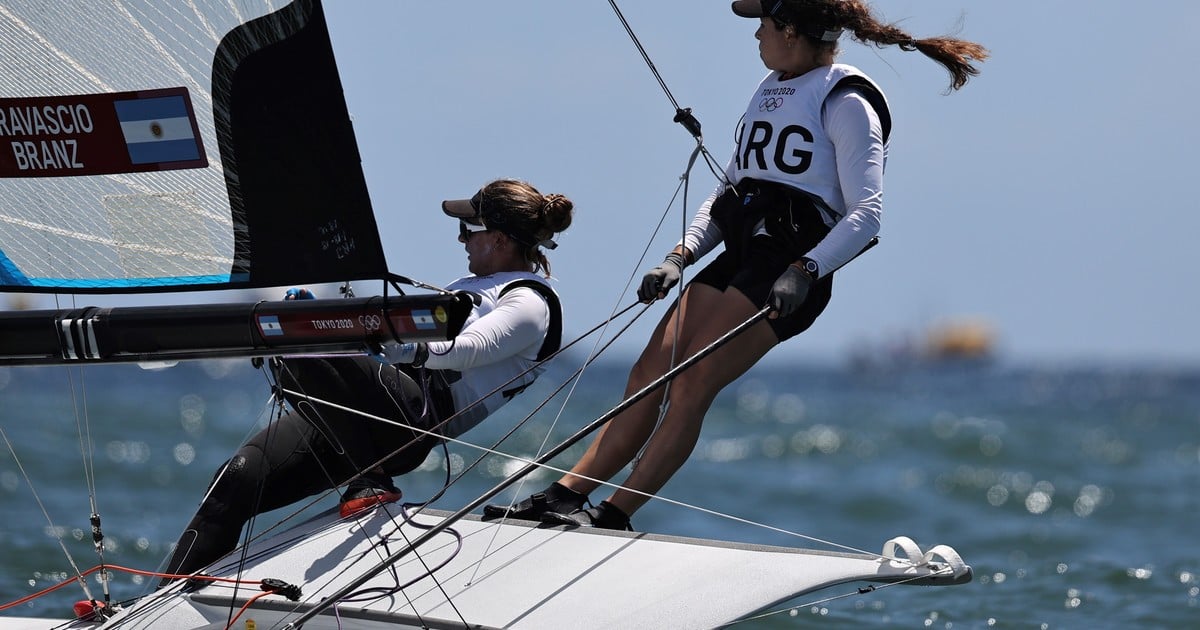 Victoria Travascio and María Sol Branz They did what they had to do, but the results of the other competitors did not help them get on the podium. The Argentines came first in the Medal Race, which gives double points, but they finished fifth in the general table of the 49er FX category, two units from the bronze. There was no medal, but there was a valuable olympic diploma in Tokyo 2020.

The sailors from La Plata and Tigre entered the race for the medals in sixth position, with 88 points and 15 from the podium area. To make it to the top three, they didn’t depend on themselves. Therefore, in addition to aspiring to victory in the final regatta, also they needed the help of their rivals.

In that sense, assuming they did their job, they needed Germany to finish ninth or worse; Spain, from seventh place down; Great Britain, fifth at most, and Brazil or the Netherlands, tenth.

Although they led the Medal Race from end to endThey could not hang a medal around their necks, given that the Germans Tina Lutz and Susann Beucke came in fifth place, while the Spanish Támara Echegoyen and Paula Barceló, in sixth; the Brazilians Martine Grael and Kahena Kunze, in the third, and the Dutch Annemiek Bekkering and Annette Duetz, in the ninth.

Its about second best Argentine result for a female boat in an Olympic Games, after the third place it achieved Serena amato, in the Europa Class, in Sidney 2000.

Shortly after, Facundo Olezza, Who was penalized for starting earlier, finished ninth in the Men’s Finn Class Medal Race and placed seventh in the general table, thus obtaining an Olympic diploma.

For their part, the Olympic champions of Rio 2016, Santiago Lange and Cecilia Carranza, who reached the final regatta without the possibility of getting on the podium, won the Nacra 17 Class Medal Race. they carried an Olympic diploma.