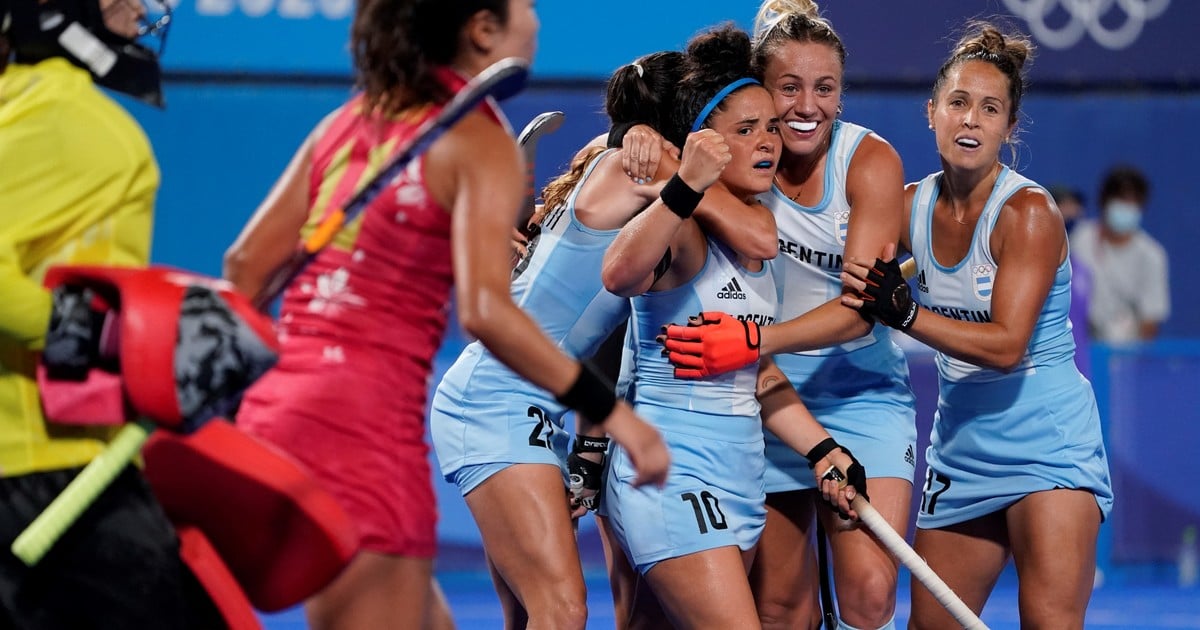 When in Atlanta 1996 the soccer team that Daniel Passarella directed at that time reached the final against Nigeria and lost it to win the silver medal, an era of 25 very successful years in which team sports gave Argentina nothing less than 11 of the 28 podiums Olympics achieved in that period.

In other words, 39 percent of the medals obtained in the last quarter of a century came from sports that award a maximum of two (that is, one per sex). Quite an achievement.

Argentina became strong at this time in team sports for different reasons. But there are two that stand out clearly and that they deserve a space for a more in-depth analysis.

One of the basic needs to have a competitive sport involves having a large base population to strengthen the pyramid of high performance. And there is the simplest explanation, the one that stands out the most, of why Argentina stands out with its teams: there are more people who practice these types of sports.

No way to compare the number of women who play volleyball or field hockey in our country with whom they do athletics, swimming or pentathlon.

Paula Pareto is an “exception” for the discipline to which she dedicated herself. Photo EFE / Juan Ignacio Roncoroni

And among men, soccer, basketball, volleyball, and rugby are absolutely installed and they left gymnastics or combat sports like taekwondo, judo and wrestling far behind.

The numbers are incomparable because, in addition to that data that falls from mature and is undeniable, there is an associated factor: if they are practiced a lot it means that there is an interest of the population for practicing them.

Those sports are in most clubs: There, finding a badminton court or a fencing platform is not common; having a soccer field or a gym for basketball or volleyball is.

In addition, team sports did not become popular in Argentina 10 minutes ago; They have been for many years and then they also have more coaches. And the technicians are paid.

Fernando Batista. Unlike most individual athlete coaches, he charges for his work. Photo EFE / José Méndez

Who pays an athletic or swimming coach? There are only very specific cases since most train in an amateur way. They do it in those clubs that are development unit of Argentine sports.

All that generates a virtuous circle that is internal competition. The best athletes go abroad but all of them – with few exceptions – are products of the national leagues. They are exported and developed in more important championships. Although they leave these lands.

In team sports there will be better litters than others and there may be years with more or less triumphs, but the worst of these types of disciplines is more competitive than the best of the individual.

Having established this general panorama, we must go to the particular. To what happens at the Tokyo 2020 Olympic Games with team sports. Because, at first glance, it seems that the outlook is not so encouraging. But there are details. And circumstances …

For now, rugby is the only one that saved the potatoes. Or, at least, he extended the streak with the bronze achieved by Los Pumas 7s. Meanwhile, at the other extreme, football appears with a Sub 23 who had arrived with expectations but who collided squarely with a reality caused by the opponents and by their own mistakes (of the leaders, above all).

The elimination ended up consuming and it could even be said that the team did not represent Argentine football Rather, he was the best exponent of Olympic football that FIFA – and the AFA – do not give any importance to.

In the middle, Los Leones and Las Leonas of hockey, volleyball with their two selected teams, basketball and handball, are still in the running. Each of those teams have different realities and illusions but only one -the lioness- has serious aspirations to get a medal apparently up to here.

The Olympic champions and the heiresses of four podiums are in different news. The Lions will be played a heads up with New Zealand to qualify: whoever wins will be among the top eight in the tournament. The Lionesses, far from their best, have yet to play Australia; but they managed to elude the Netherlands, the great gold candidate, in the quarterfinals. By specific weight they are those that aspire to the medal.

The Lions want to repeat the medal after being Olympic champions in 2016. AP Photo / John Minchillo

With a good litter of players, the men’s volleyball team is at the level it has shown in Tokyo for a handful of years. If this morning he beat Tunisia (probable) and there are a couple of results with France, he will go to the next phase. But he is not a candidate for the podium. The women’s team is meritorious only for the Olympic classification. For two Olympic cycles there has been a group of players with a better biotype than those of the past, but logic says that they will return without victories (Turkey and China remain).

Basketball has a great team: it is the runner-up in the world and there are NBA players. Although Olympism is the elite and there the distances are meager and anyone can beat anyone. Beating Japan is a priority to be one of the best third and qualify but also a help from the NBA against the Czechs will be key. Difficult not impossible.

Finally the handball appears, without major obligations after having lost his fourth game and running out of chances. The national team gets up to here; that is, until the Games. Thanks to the low level developed in America, classifying became common currency but the countries of central Europe, Scandinavia and Spain play another sport.

And the differences they notice beyond the experience abroad that Argentines have added in recent times.

There was bronze from rugby. There may be a hockey medal … Team sports keep adding up even though Tokyo 2020 shows a reality more difficult than imagined.