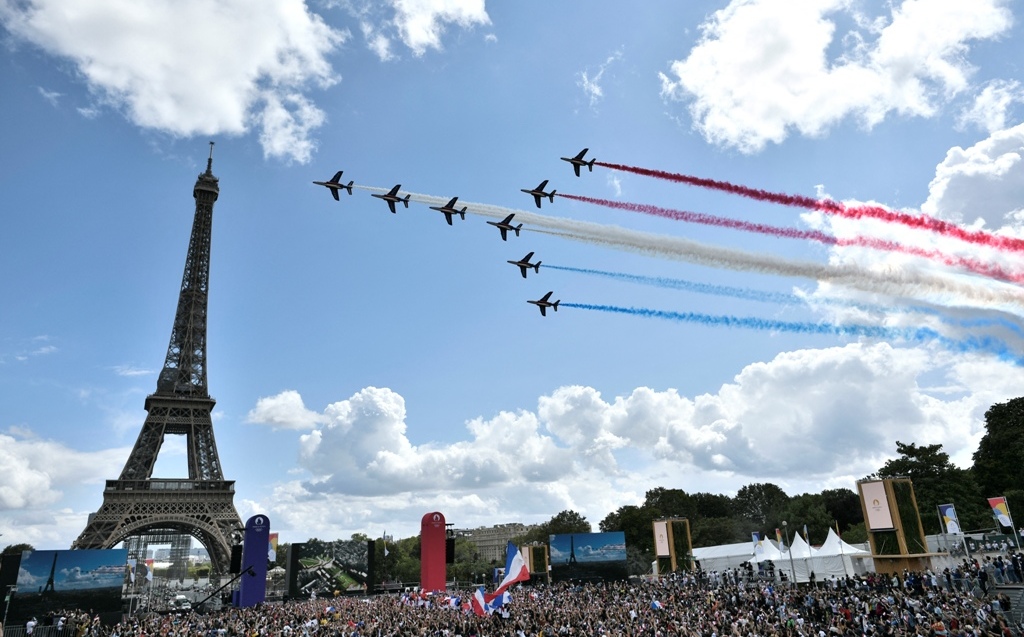 Finally the Olympic fire installed in the Olympic Stadium was extinguished after 19 days of competition, and thus Tokyo 2020 It could be held despite the doubts that there was of its realization due to the global pandemic by covid-19, and now tIt will be in Paris to hold the next fair in 2024.

The closing of this Olympic edition began with the appearance of the flag of Japan and the National Anthem of that country, to later give way to the parade of nations and this time the act is faster than the inauguration. The 205 flags were present in the Olympic stadium and where the pentathlete Mayan Oliver was in charge of carrying the national flag.

Later the athletes entered the facilities but 63 delegations did not do so after the immediate returnor to their respective countries after competing, even Mexico only appeared with the pentathletes Mayán Oliver, Duilio Carrillo and Álvaro Sandoval.

This was followed by the show of renowned artists in the country such as singer-songwriter Milet, who showed a little of the music that characterizes the host country, and Japan also said goodbye to the Olympics with a bit of its culture with the theme Omotenashi, which stands out. the spirit of hospitality of the Japanese.

Then it was time to change of post office where France through a video gave a small sample of what awaits athletes in that edition that will be in Paris 2024, and in the presentation they showed the best attractions of the city such as the Eiffel Tower and the Champs Elysees.

“You are the best athletes in the world and you were able to make your Olympic dream come true because Japan set the stage for you to shine. In accordance with tradition I ask the youth of the world to meet in three years in Paris to celebrate another Olympic edition”Said Thomas Bach, president of the International Olympic Committee.

Finally the olympic fire went out of the cauldron and so the Tokyo 2020 Olympic Games concluded.