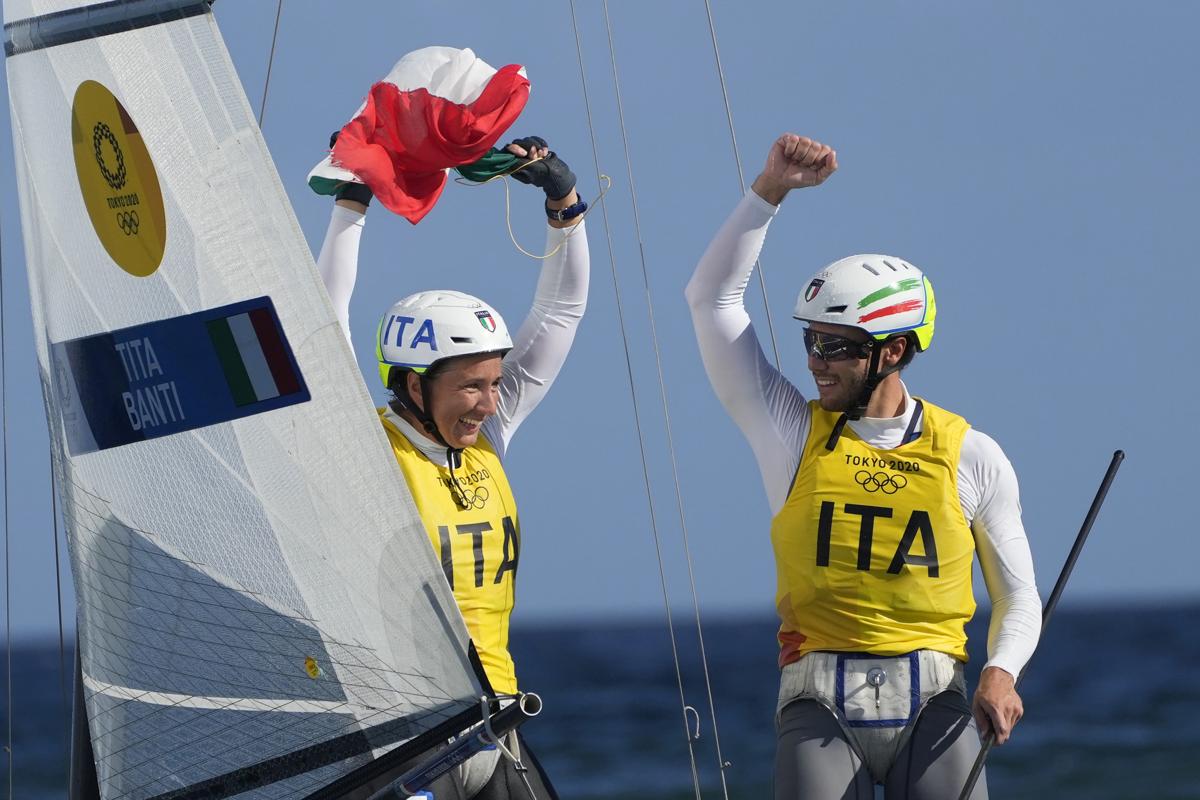 TOKYO 2020: BASKETBALL. FONTECCHIO “SORRY AND DISAPPOINTMENT, WE COULD DO IT”

“There is a lot of regret and disappointment, we could have done it, we were there, even, 2-3 points below, it hurts because we have shown that we can stay at this level, to be able to enter the top 4”. This was declared by the blue of basketball Simone Fontecchio after the knockout with France in the quarter-finals of the Olympic tournament. “It is not easy to make a lucid analysis of the tournament immediately, but we must try to take what was good”.

The gold medal for blue sailing arrives in Tokyo 2020. Ruggero Tita and Caterina Marianna Banti, in the Nacra 17 mixed foiling catamaran discipline, concluded the series of 12 qualifying tests, always confirming themselves in the lead and extending the advantage every day. In the medal race, a sixth place was enough to finish with the gold medal around the neck. It is the first Olympic medal for Italian sailing, 13 years after the two won in Beijing 2008 (Qingdao) and it is 21 years since Alessandra Sensini’s last gold medal in Sydney. It is the fifth gold of the Italia Team in Tokyo 2020.

Italy won gold with 35 points, silver to Great Britain with 45 points and bronze to Germany with 63 points. The blue couple dominates in Nacra 17 and, thanks to the first place obtained in the 12 qualifying tests and already sure of the medal, they race against Great Britain (the only contender, fifth at the finish) and is satisfied with the sixth place in the Medal Race. They are the Olympic champions in the mixed foiling catamaran and with them Italy of sailing regains gold in five circles 21 years after Alessandra Sensini (Mistral) and an Olympic medal 13 after the two won in Beijing 2008 by Sensini (silver, RS: X) and Diego Romero (bronze, laser). For the Italia Team this is the fifth gold won in Tokyo 2020 and the 29th medal won at the Japanese Games (over the 28 podiums of Rio 2016), when there are 5 days left to the close of the five-circle review.

OLYMPICS: BANTI, ‘IN 5 YEARS EVEN MOMENTS OF DIFFICULTY’, HERE TODAY TO COLLECT MEDAL ‘

“With Ruggero we found ourselves very well on the boat, we are super coordinated and synchronized. In five years there have also been moments of difficulty, we have always given our best. It has been 5 years in which we have won many medals and we have come here to collect it. Here we only thought about going to the maximum by boat “. Caterina Banti said this to Rai after winning the Gold medal with Ruggero Tita in the Nacra 17 sailing in Tokyo 2020. “Today we marked Great Britain, but it paid for consistency, we tried to be, not to make big mistakes and navigating as best we could and it paid off, “added Banti.

Another safe medal for Italy. The Azzurri (Simone Consonni, Filippo Ganna, Francesco Lamon and Jonathan Milan) in the men’s team pursuit of track cycling beat New Zealand with a time of 3.42.307, a new world record, and tomorrow they will play the final for the ‘gold. Denmark will challenge Italy in the final for the team pursuit track cycling gold at the Tokyo Olympic Games. To decide the verdict of the judges after the carom in the semifinal between Denmark and Great Britain with the clash on the track between a Danish cyclist and an Englishman a few meters from the finish line with the Danes clearly ahead. The fate of Great Britain has yet to be defined, on paper still in progress for the bronze.

TOKYO 2020 OLYMPICS: DESALU IN THE SEMIFINAL IN THE 200 MEN, OUT INFANTINO

Fausto Desalu takes off the pass for the semifinals of the men’s 200 at the Tokyo Olympic Games with a time of 20 “29, the third in his battery and his seasonal record. The other blue in the race, Antonio Infantino, who closes with a time of 20, has been eliminated. ″ 90 in the fifth battery.

OLYMPICS: WARHOLM AFTER GOLD AND RECORD IN 400 OBSTACLES, ‘SOMETHING MADNESS DONE’

“It’s something crazy. This is by far the most important moment of my life.” He still can’t believe the feat that saw him as protagonist the Norwegian Karsten Warholm, gold in the 400 obstacles at the Tokyo Games with the new world record, 45”94, silver to the American Rai Benjamin, bronze to the Brazilian Alison Dos Santos with the Italian Alessandro Sibilio who finished eighth (48’77). “This result gives meaning to all the hours I dedicate to my sport, my efforts and my coach. I dreamed of this gold in a manic way, I dreamed of it at night, I spent all my time thinking about it, with this medal my board is complete “, explains the Scandinavian.

Francesca Genzo finished in seventh place the final of the K1 200 sprint canoe of the Tokyo Olympics. On the waters of the Sea Forest Waterway in the first final of the canoe kayak program, the women’s 200 meters, the victory went to New Zealander Lisa Carrington with the new Olympic record of 38 “120 ahead of the Spanish Teresa Portela (38” 883) and the Danish Emma Aastrand Jorgensen (38 “901). Genzo finished in 40” 184.