Together for Change, he accused Axel Kicillof of being ‘arbitrary’ and of discriminating against the districts that govern in the interior 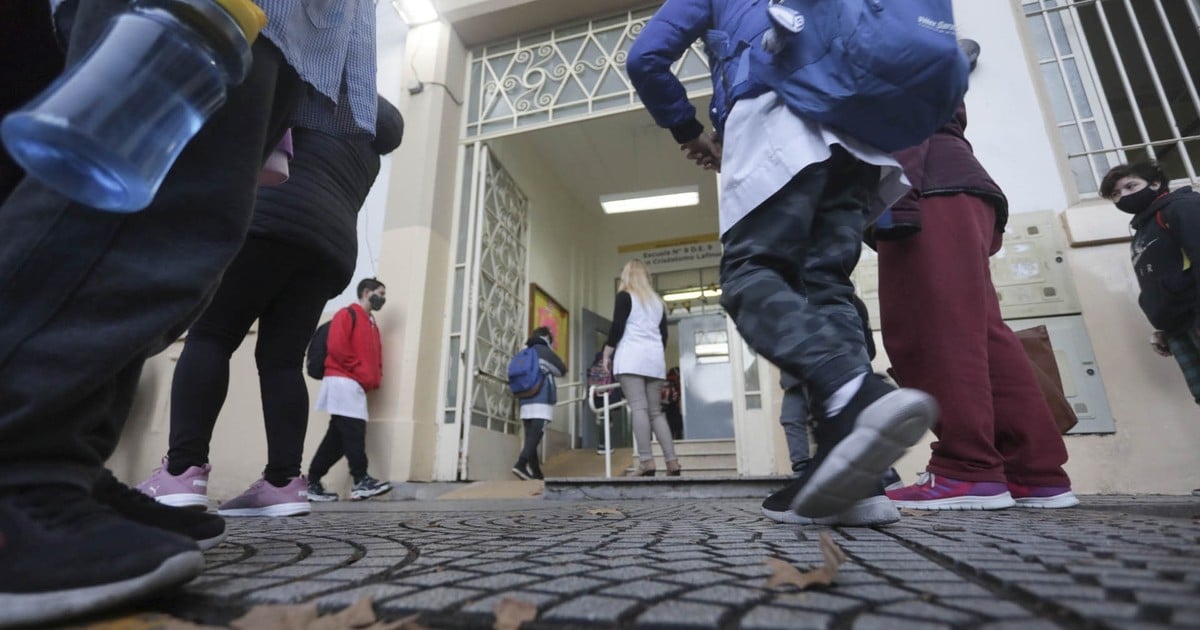 Together for Change called for the reopening of all schools in the province of Buenos Aires while questioning the methods “arbitrary” of the government of Axel Kicillof to resume face-to-face classes in the Conurbano and keep several municipalities in the interior of Buenos Aires in Phase 2.

Through a statement entitled “All schools have to be open”, the main opposition force criticized the policy applied by the Buenos Aires government and demanded that the governor and his cabinet “abandon the improvisation in educational matters“.

The decision of the provincial government to resume face-to-face classes in the suburbs and keep municipalities in the interior of Buenos Aires in Phase 2 aroused the reaction of opposition mayors who demanded to reverse the measure and questioned the figures used in La Plata to analyze the impact of the coronavirus in each jurisdiction.

“Axel Kicillof, announced the return to face-to-face classes, starting on Wednesday 16, of all educational levels in the suburban districts, arguing that they have been able to ‘get out of the epidemiological alarm system in which they are’ and change ‘ from phase 2 to phase 3. ‘Meanwhile, the Interior districts will continue with tougher restrictions and attendance will continue to be suspended“, described the situation Together for Change.

In the statement, the opposition force asked: “Isn’t this decision curious? What difference is there with respect to the emotional and pedagogical impact generated by not being able to go to school?”

Precisely, JxC pointed out that “there are districts of the suburbs that even have more complex numbers“, that the municipalities that were marginalized from the epidemiological update, which shows – according to their interpretation – that” they are using arbitrary criteria according to the convenience of the ruling party. “

For the opposition force, with this methodology they will put aside some Buenos Aires citizens who “happen to live in municipalities mostly governed by Together for Change“.

“Statistics show that the more time kids spend outside of schools, more increases the risk of school dropout “, they pointed out.

For this reason, from the group, they demanded that Governor Kicillof and his cabinet “abandon improvisation in educational matters” because, according to the statement in the statement, “the only way to have a just and equal province is by guaranteeing the same rights to all Buenos Aires “.

“All schools have to be open”, is the phrase with which they closed the message.

The deputies of the Juntos por el Cambio bloc in the province of Buenos Aires also issued a statement in almost the same terms as the coalition leadership.

“Unfortunately, this back and forth, the lack of objectivity in decisions and the constant variation in criteria, they end up confusing the neighbors and those responsible for applying these measures at the municipal level, “expressed the provincial legislators.

They also demanded that the governor and his cabinet “clearly state the reasons why a large part of the Province has already been, so far this year, more than a month without face-to-face classes and the interior is discriminated against “.

The controversy arose because from the extension of the presidential DNU that extended the restrictions until June 25, the Province qualifies as Epidemiological Alarm to those districts with more than 300 thousand inhabitants with an incidence of 500 cases per 100 thousand inhabitants during the last 14 days or that have an intensive care bed occupancy of 80%.

According to official data, the measure reaches 72 districts of the province, in which circulation is limited after 20 and face-to-face classes are suspended, among other measures.

One of those who raised his voice for this measure is the mayor of General Pueyrredón, Guillermo Montenegro, who did not hesitate to affirm that the decision of the provincial government that there are no classes in Mar del Plata “Discriminates against the city”.

“This decision of the government of the Province of Buenos Aires means that there are no classes in Mar del Plata when some suburban districts have more worrying numbers. The criteria were used in different ways and these criteria make us very complex. There was a decrease of 26% of cases ”, argued the communal chief.