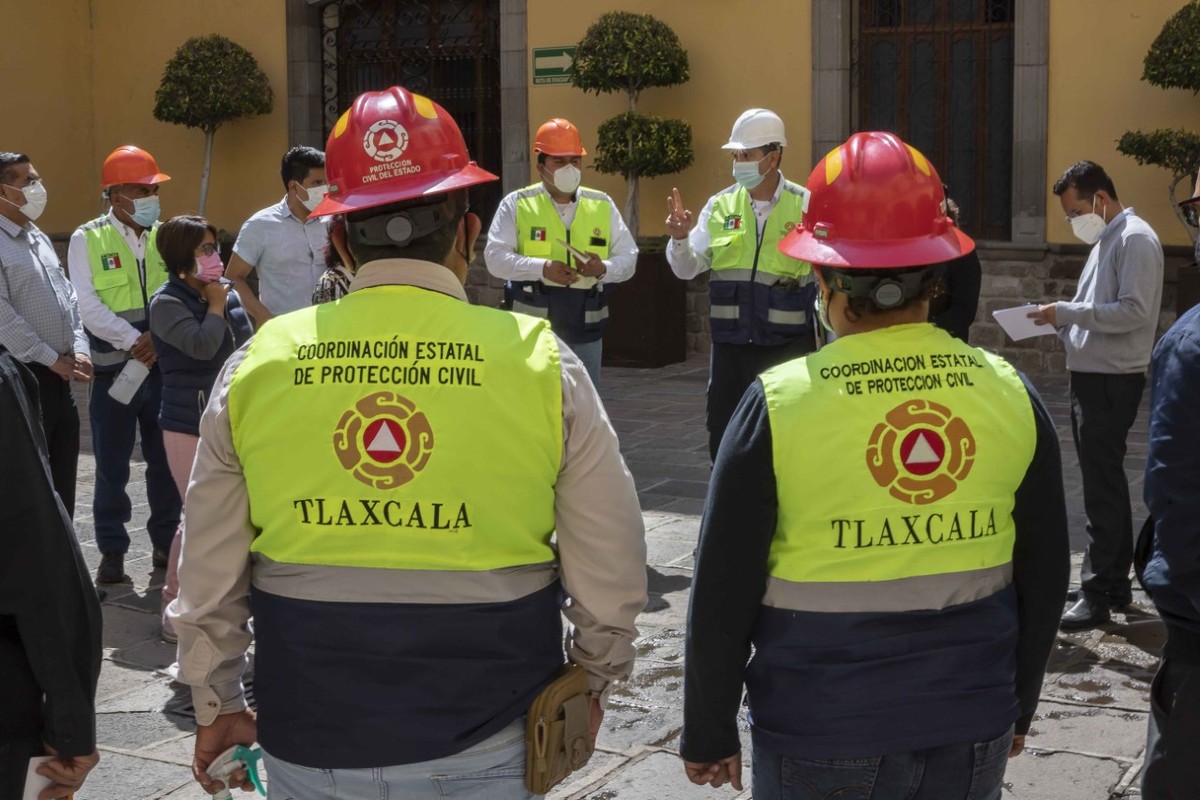 Federal, state, municipal authorities and the private sector participated in the first national macro simulation whose purpose is to improve and strengthen prevention measures.

The protocol was headed by the State Coordination of Civil Protection (CEPC), in conjunction with the Secretariat of Citizen Security and carried out in dependencies of the State Government.

35,776 people, 481 public and private buildings, as well as 45 municipalities of the entity participated in this preventive activity.

For the drill, At 11:30 a.m., the seismic alarms were activated on the hypothesis of an earthquake with magnitude 8.1, located and reported by the National Seismological Service (SSN) 4 kilometers south of the El Papayo community, in the state of Guerrero, with a depth of 30 kilometers.

The state agency reported that, of the 481 properties registered for the drill, 107 were federal, 127 state, 31 municipal and 216 private, in addition to 45 municipalities in the state.

the Directorate of the State Police of Roads and Roads of the Secretariat of Citizen Security (SSC) made traffic cuts in the first square of the city, in order to prevent any incident during the realization of the First National Drill 2021.

Once the preventive exercise was over, Governor Marco Mena participated in the virtual meeting of the National Emergency Committee (CNE), together with the secretaries of the Interior, Olga Sánchez Cordero; of Security and Citizen Protection, Rosa Icela Rodríguez Velázquez; as well as the secretaries of National Defense, General Luis Cresencio Sandoval González; from the Navy, Admiral José Rafael Ojeda Durán; the National Coordinator of Civil Protection, Laura Velázquez Alzúa; and the Commander of the National Guard, Luis Rodríguez Bucio.