‘Titane’, by the French Julia Ducournau, won the Palme d’Or at Cannes 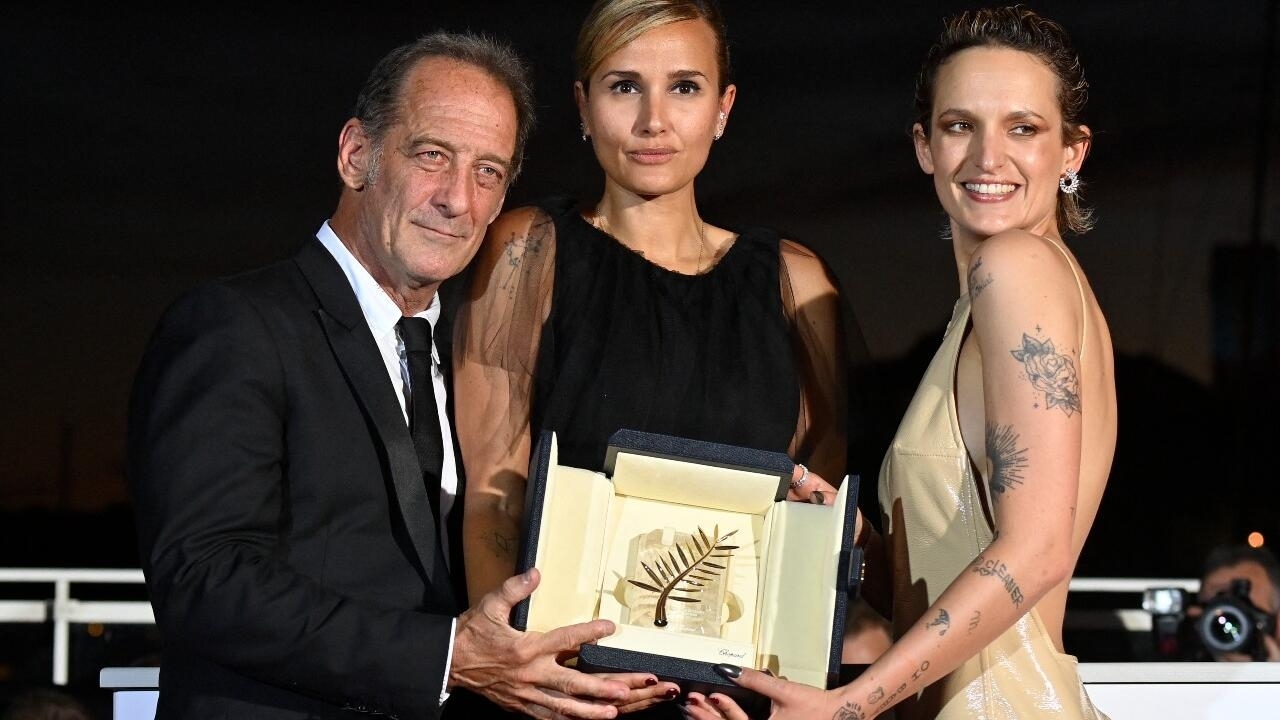 The film ‘Titane’ by the French Julia Ducournau won the highest award that a cinematographic work can achieve in the French competition. In addition, the youngest of the filmmakers to participate in the Croisette rose as the second woman in the history of the festival to win this award, after the one awarded to Jane Campion in 1993 for ‘The Piano’.

Julia Ducournau has created a monster with an unpredictable energy that was needed on the big screen.

The French director, who received the Palme d’Or at the Cannes Film Festival on July 17 for her film ‘Titane’ (in Spanish, ‘Titanio’), thanked the jury for “asking for more diversity in our cinematographic experiences and in our lives “and also for” letting the monsters in. “

Many disparate ideas gave life to this filmic ‘Frankenstein’ that will make audiences laugh, cry or feel disgusted, with scenes that summarize Ducournau’s fantasy. Some critics have said that it is a beautiful, dark and twisted Parisian fantasy, with scenes of sex, violence and a difficult-to-guess narrative.

During the gala this Saturday in Cannes, the director knew from the beginning that her film was the winner, after at the beginning of the ceremony the director Spike Lee, who chaired the jury and presented the award together with the actress Sharon Stone, will reveal the award by mistake.

Ducournau, 37, was the youngest filmmaker among the other 23 colleagues in the running. Likewise, throughout this edition he was part of only four competing filmmakers.

Award for a daring film and for inclusion

Cannes awarded the highest award to a transgressive and pioneering cinema. It is a barrage of beauty and emotion that cannot be pigeonholed, as Julia Ducournau described her ‘Titane’.

The most controversial and risky film of the 24 films that competed in this pandemic edition, it tells the story of Alexia (Agathe Rousselle), a serial killer who has sex with cars, until a firefighter (Vincent Lindon) arrives at her life and begins a process of humanization.

‘Titane’ mixes the hybridization between woman and machine, the love for cars and the search for fatherhood.

“I appreciate the recognition of the visceral need for a more inclusive and fluid world,” Ducournau said upon receiving the award, referring to the sexual freedom of being whoever you want to be, as in the film.

And the other awards went to …

The evening on the French Riviera unfolded with some chaos and a large number of films, some awaiting their premiere since the beginning of 2020, as a result of the delays generated by the Covid-19 pandemic.

The Grand Prize (ex aequo) of the Jury went to ‘A Hero’ by Asghar Farhadi and ‘Hytti N ° 6’ by Juho Kuosmanen. The Best Direction Award went to Léos Carax for the acclaimed ‘Annette’, while the Best Screenplay Award went to Ryusuke Hamaguchi for ‘Drive My Car’.

For their part, ‘Ahed’s knee’, by the Israeli Nadav Lapid, and ‘Memoria’, by the Thai Apichatpong Weerasethakul won the Jury Prize (ex aequo).

In addition, the awards for Best Actress and Best Actor went to Renate Reinsve for ‘The worst person in the world’, by Joachim Trier, and Caleb Landry Jones for ‘Nitram’, by Justin Kurzel, respectively.

A Colombia in struggle entered the scene

Apichatpong Weerasethakul’s ‘Memoir’ won one of the top awards at Cannes.

The Thai director’s film, starring actress Tilda Swinton, is a drama that tells the story of Jessica, a Scotswoman who is tormented by a noise that only she can hear. When he begins to seek help, he discovers unexpected people and connections, while making a journey through the jungles of Colombia.

It was there that they recorded the film, in which the Colombians Juan Pablo Urrego and Elkin Díaz also participate, as well as the Mexican Daniel Giménez.

At the end of the premiere of ‘Memoria’ on July 15 during the Festival, the public applauded Weerasethakul’s work for seven minutes, in addition to receiving very positive reviews from international critics.

“It has been a long journey. Confinement is over and this is the first screening of my film (…) it is like a great meeting,” the director told AFP.

Shortly before entering the projection room that day, on the red carpet, Weerasethakul and the actors were photographed with a Colombian flag with the inscription ‘SOS’, in relation to the demonstrations in recent months in that country.

‘I call on the Government of Colombia and other countries that are in similar situations to wake up and listen to their people (…) Many times we talk about this dream and’ Memory ‘is about the vibration of those energies and connections . From the dream of improving, “said the Asian director, quoted by Colombian media.