Tire case: the FIA ​​will also check the compliance of the camber 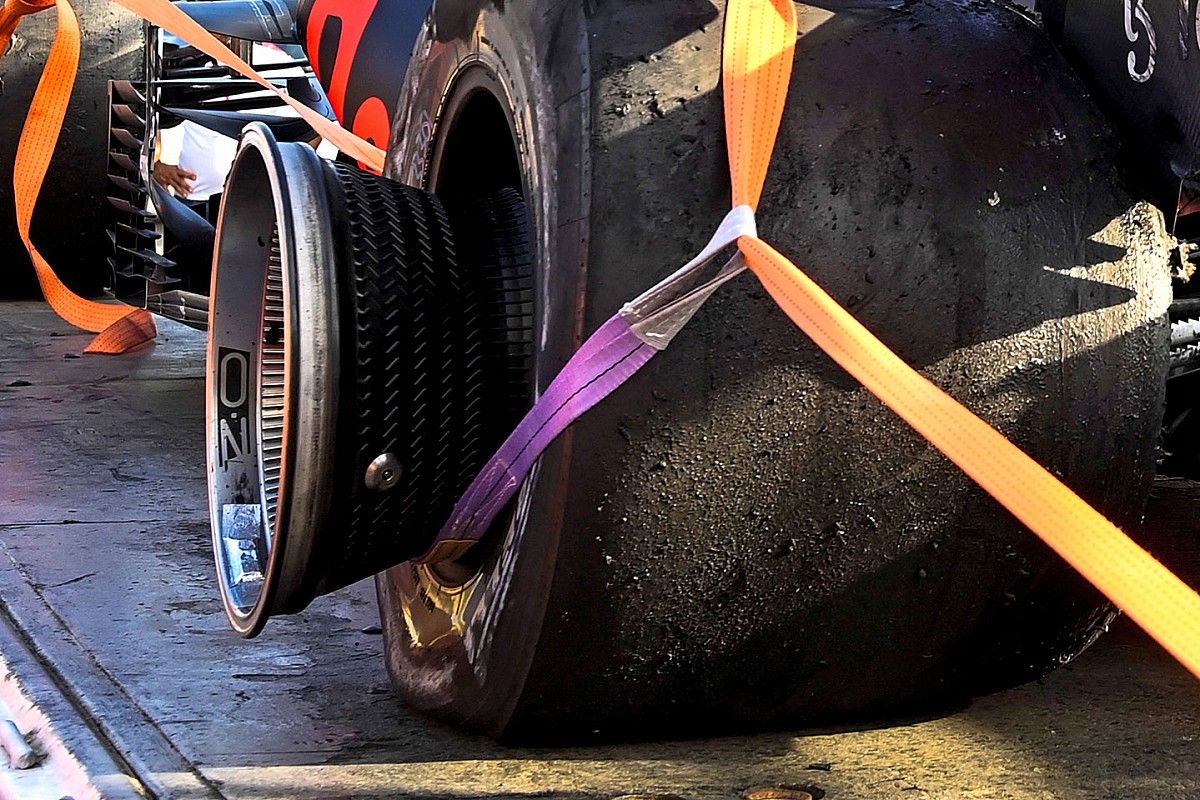 The 18-page technical directive TD003 version C that the FIA ​​has sent to the teams, what effects will it have in the French GP?

The failures on the rear tires of Max Verstappen’s Red Bull and Lance Stroll’s Aston Martin at the Azerbaijan GP have opened a … gash on the ways in which some teams are able to lower tire inflation pressures, obtaining greater grip even though respecting the prescriptions dictated by Pirelli and the FIA.

The International Federation has not written a new document, but Nikolas Tombazis, FIA single-seater technical manager, has taken up the text of the beginning of the season which has reached its third draft, adding important clarifications that add post-event checks (qualifying and race ) thanks to which it will be possible to carry out a posteriori checks both cold and hot (in thermo-blankets at 80 degrees) to find out if there are teams that are able to circumvent the safety requirements.

Max Verstappen, after hitting the low wall in Baku, kicked the Pirelli tire, perhaps because the Dutch driver did not know that he probably would have had to blame his team who sent him on the track with adjustments that, upon the surrender of the facts, they were such as to cause the tire to fail.

It is incredible how in a few days the interpretation of a fact can change, having data, analyzes and controls that are the result of a very thorough investigation.

But we have not yet answered the initial question: the feeling is that the cars will not lose performance in the single lap, while they could suffer during the race stint and, therefore, there could be values ​​that could change during the GP, with consumption or wear greater than those recorded on some F1 cars up to now.

We will understand if certain teams were able to extend the life of their tires because they have a gentle car on the tires, or if they adopted solutions beyond the limit.

In reality, the FIA ​​has acknowledged that there have been those who have developed systems to circumvent the Pirelli prescriptions, but have not been able to take measures because the pre-race checks (just as happened for the rear wings) the cars were perfectly found. compliant.

The Pirelli press release was the subject of sarcasm on the part of Jenson Button: the former F1 world champion in a tweet commented that a real cause of the Baku failures has not emerged.

In reality, the FIA ​​introduced the news in the TD003. And with the ability to post-check, the music should change. Under the lens there are not only the pressures, but also the gases with which the tires inflate (certain substances are prohibited) and the maximum camber angle which is another parameter prescribed by Pirelli.

The FIA ​​will have the opportunity to check the camber in the post-race checks to see if the data will correspond to those previously declared by the teams.

In short, a squeeze is coming that should put an end to the chemistry of some teams, waiting for the FIA ​​sensors to come into force next year, which will be able to monitor tire pressures in real time. And it will be an undoubted step forward to avoid the cunning …