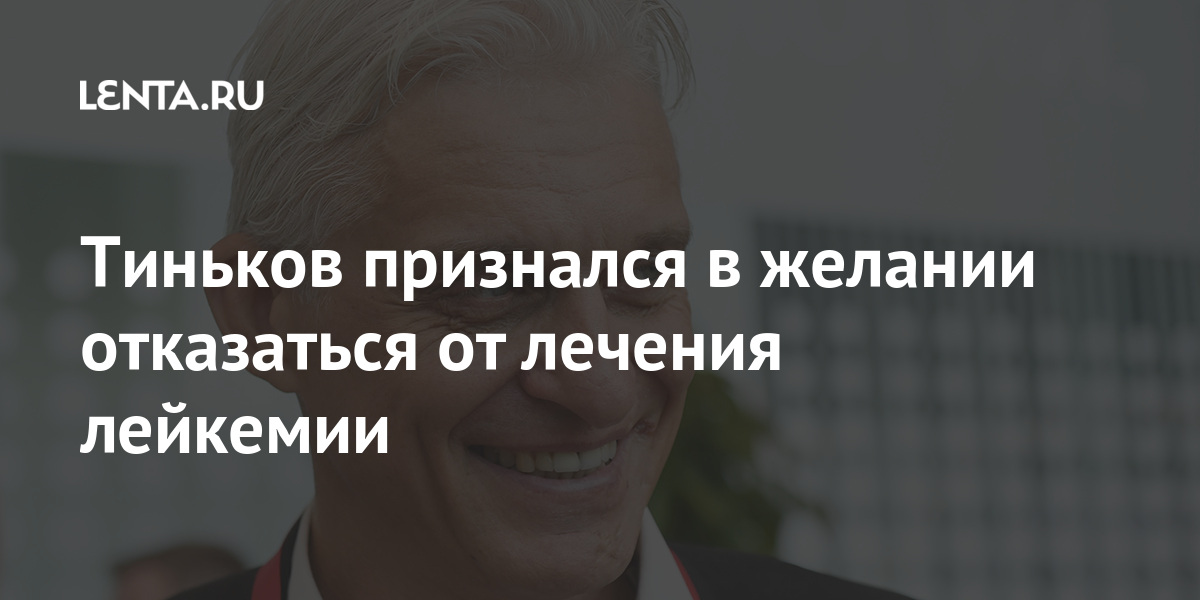 The founder and main owner of Tinkoff Bank, Oleg Tinkov, admitted his desire to refuse treatment for leukemia. He announced this in a documentary film “Oleg Tinkov – New Blood” on Channel One.

According to the businessman, he did not want to start a course of chemotherapy, but his wife persuaded him to change his decision. “Get treatment quickly, everything will be okay, you have not seen your grandchildren yet, you have not yet married your children, you are not yet dying, you will be treated,” he quoted her as saying.

Speaking about the cost of treatment, Tinkov noted that he was billed at the Berlin clinic for 120 thousand euros. “I would not say that it is expensive. This is three months in the hospital with three chemotherapy treatments. I had two terrible sepsis, they pulled me out, ”he said. The businessman also shared his plans to create a fund that will solve the problems of combating blood cancer in Russia, and is going to donate 20 billion rubles to it.

Last spring, Tinkov said that he was sick with one of the forms of leukemia, he was diagnosed in October 2019. The businessman has already undergone a bone marrow transplant and is undergoing treatment at a London clinic. On December 19, he announced the onset of complete remission. At the end of March, talking about his health, Tinkov said that he was still struggling with the autoimmune graft versus host disease. In addition, the businessman’s blood type changed from B- to A-.

Oscar 2021: the Academy forgot Pino Solanas and remembered another Argentine at the In Memoriam