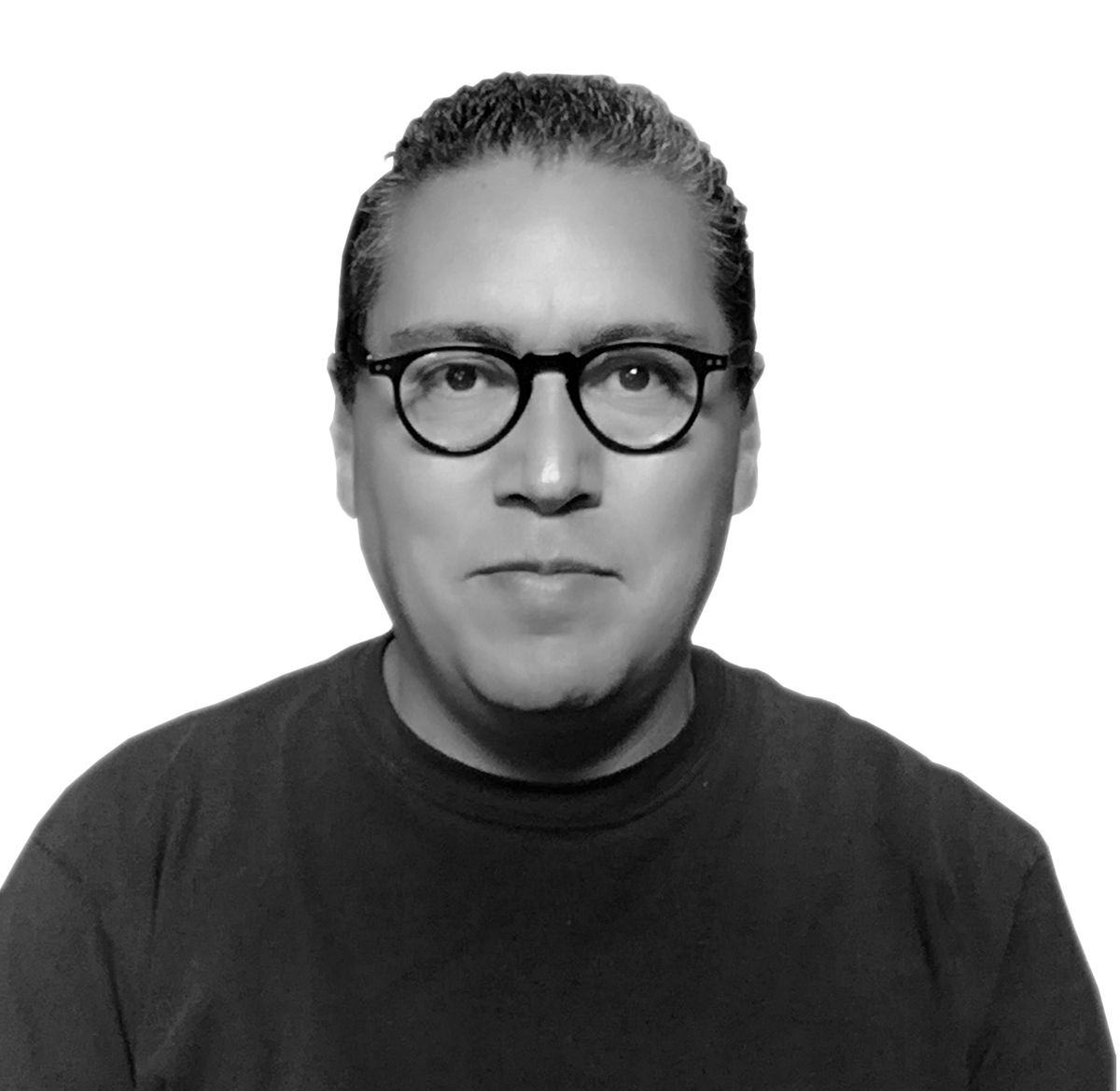 German Valdes Tin tan made life a joyous prank… harmless. For him first and thus, for the others.

He died on June 29, 1973… He was only 57 years old, but he did three laps of the mileage on the speedometer. He knew how to live with exemplary disorder. Navigating between overflowing joy and remarkable sensitivity.

When death makes us good, he turned out to be one of the best … from then on he was given his real value. It was understood that he never looked like anyone else and that he was also unrepeatable. This had only been able to be perceived by that great neighborhood audience … that of the popular classes that filled the cinemas, sinfully defying morality … as God intended.

Neither colorless nor smell nor tasteless. He stepped so hard and on such firm ground that, from him, Octavio Paz describes the pachuco on The Labyrinth of Solitude. And they are specifically concerned with analyzing the cultural phenomenon that resulted Tin tan intellectuals of the stature of Salvador Novo, Jose Revueltas or Carlos Monsivais. Was a comical to be serious, well. The best will always be the one we like the most, but without much discussion, it was the most versatile, the most complete, in the history of this country. To other giants or giants of comedy, they only lack something … any little thing. Tin tan I had it all.

Its origins in great strides. Born on September 19, 1915 in a neighborhood on now Hidalgo Avenue, in front of the Alameda Central in Mexico City (It became the Hotel Cortés in 1943 and as of 2016 it is the Kaluz Art Museum). At age 12 he moved with the family to City Juarez Chihuahua. Work as a tailor’s assistant and then stick labels to records at the station XEJ, in 1932. By accident they hear him do imitations of Agustin Lara and ends up having his musical-humorous program called The ship of illusion.

Tin Tan as a child, with his brothers. Second from left to right.

An artistic caravan managed by the ventriloquist Paco Miller hires him on an emergency basis to fill in for a comedian on a tour of EU. Valdes it was known then as Vole Tapas, a pachuco, as there were so many on both sides of the border… young Mexicans who with extravagant clothes (feathered hats, loose colorful suits and two-tone colored shoes) spoke Spanglish, defending an identity not accepted … as a movement of social resistance to American discrimination.

Miller assigns him as patiño Marcelo Chavez -who had already been before Cantinflas-. They successfully present their routines in the Iris theater, in the Follies and in The backyard. They give them their comedy show on the XEW… Good mood snack, 15 minutes daily from 1:15 to 1:30 PM. And from there to the movies. Between 1943 and 1972 he participated in 109 films. In his heyday he made regular, good, very good and extraordinary… and in all of them there was at least one great moment. When the decline comes, it is not necessarily his … it is of the Mexican cinema and with it, Germán Valdés crossed from the Golden Age to the worst times of the industry.

When he met who would be his carnal Marcelo in Paco Miller’s caravan. Cd. Juárez, 1943.

For some, the best is Tender zucchini or The king of the neighborhood or The unruly. Between the inknophiles, we each have our each. His cinema broke the correct forms and there was a long list of ingenious parodies of classic versions of whatever it was … there they were What happened to Samson, Sinbad the dizzy, The Violet (from Maria Candelaria), Tintansoe Crusoe, Arabian Nights, The ashen, The sleeping beauty, The mark of the skunk (… from The mark of the fox), Cat without boots, Pooch the patched (from the radio soap opera Pooch the broken) or Homeless rebel (parody on its title of Rebel without a cause, with James dean), among many more.

In one of his distinctive musical film number; here, from ‘Sinbad the dizzy’.

.The unmissable prison fight in ‘El revoltoso’, with Wolf Ruvinskis and his ‘carnal Marcelo’.

Gilberto Martínez Solares was his head director … with him he did 40 out of 100 movies, and he is the one who drives it best. At first he is responsible for extinguishing the image of Pachuco and turns him into an always lazy-always audacious neighborhood. And – according to he told this reporter in an interview granted in 1995 – against what everyone believes, ‘let it be’, but it never allows him to improvise … it allows him to propose occurrences (many), rehearse them and incorporate them.

The popularity of Tin tan began to be reflected in the national box office and got to you for you with Cantinflas. A callus must have stepped on the legendary mime … in a scene from If I were a deputy the message was left with the most direct hint, when outside the hairdresser The golden curl says on a blackboard: “For pachucos there is no service, because I like them fat.”

The frank ‘reload’ that Cantinflas gave him, in a scene from ‘If I were a deputy’. 1952

As a hallmark of Tin tan, always (except in the final stretch) he was sheltered by his gang … which he imposed while he was -like the bullfighters of the time-, ‘bossy’ at the party: Fanny kauffman Band, the endearing dancer and comedian dwarf René Ruiz Tun Tun, the villain Wolf ruvinskis, Joaquin Garcia Tassels, Jose Ortega Toad, Juan Garcia The Peralvillo and above all, Marcelo Chavez… that since the time of miller caravanHe was something more than his lifelong patiño: he was his brother. In a tape dialogue Musician, poet and madman, explains it elegantly: “My carnal and I always walk on the same track”.

“My carnal and I always walk on the same track”

In short, the unique presence of Tin tan in the cinema and specifically in the field of comedy, it is very clear in popular memory, despite the enormous distance that the years have built. But it should be noted, as an exception, what he achieved in The Adventures of Pito Pérez, based on the famous novel by the writer and diplomat Jose Ruben Romero and who directed Juan Bustillo Oro… Where he is shown to have become a solid dramatic actor, with a character of deep and bitter wisdom, who denounces the lie of social justice promised by the Mexican Revolution, the same as the mediocrity of the authorities and that defiantly points against the precepts of the Catholic Church. You have to see this magnificent version with Tin tan Y Andres Soler (1956); one of the three there are (the others are with Manuel Medel -1944- and Ignacio Lopez Tarso -1970-). And it must be seen in the vagabond in that dialogue with God, without reply.

Video with the scene of his dialogue with God, in ‘El vagabundo’. Proving what he also got to be … a very good character actor.

And as a curiosity, he participates in three dubbing films with Disney. Two fabulous characters (1951), The jungle book (1967), in which he immortalizes the baloo bear singing Look for the most vital and finally The Aristocats, in which he gives voice to the vagabond cat O’Malley (1970).

Video with the famous Baloo bear number in ‘The Jungle Book’ singing ‘Search for the most vital’.

However, what has been little detected despite being in sight, is her brilliance as a serious singer. Toward soul, toward feeling or did a falsetto. There are several discs that collect the jewels that he left engraved. Certainly many humorous of the type of The crouched and as lord and master of guatatitaratitatao… But it also left valuable formal interpretations. He recorded boleros like With you in the distance by the Cuban César Portillo de la Luz, or I doubt it, with Los Panchos, or With you, by Claudio Estrada, or Silent words, scored by Juan Bruno Tarraza when we have the information Ah … and that unknown bolero authorship of the much loved Cuban comedian in Mexico, Jorge Zamora Zamorita… that he will be around with his ninety-odd years: Teach me you. Listening to it is homework.

In some performances he achieved such beauty, that until now they have not been surpassed. I put here a couple of cases ‘Bonita’ (M. Luis Arcaraz / L. José Antonio Zorrilla) and of course the bolero-tango ‘Pecado’ (by the Argentine lyricist Carlos Bahr and music by the bandoneonist Armando Pontier) … he has recorded the same Caetano Veloso who Presumed Involved: Nobody like Tin Tan.

Here with Luis Arcaraz, composer -together with José Antonio Zorrilla- of ‘Bonita’, a song that made him famous Tin Tan.

Perhaps his best performance as a serious singer is with ‘Sin’. Here I share the audio.

He entrusted me with the endearing Manuel Mad Valdes than the purest essence of his brother German it was in the music … and that the comic developed it with the grace of grace; but music was its axis. Same as in Crazy. But the comic character hardly allowed the sensitivity of his true self to stand out in both of them.

They said that Tin tan he was unpunctual as well as possible. He had a habit of being late for rehearsals or filming; but his memory, his intelligence and his talent always made it possible to make up for lost time when recording. The only thing he came to in advance was his time … he was ahead of his time and they didn’t understand him. Iignored, he never received a single award from his country’s industry … not even a competing nomination. The cart pulled by time has perhaps allowed that on the way … the pumpkins are arranged. So that everyone can take their rightful place in this business of cinema and the memory of a people.

Jim Carrey pays tribute to him in the well-known scene in the tape ‘The Mask’, where he dances to the number ‘Hey Pachuco’.

His daughter Rosalía Valdés Julián tells a very beautiful story, because it was so, of the death of German. He asked his wife, Rosalia Julian, splendid singer, impeccable guitarist and unique companion, who would sing what was ‘his song’: Azalea flower (by Manuel Esperón and Gómez Urquiza). Whispering it, Tin tan He went into a coma… like foam / how inert the mighty river carries.

He died unjustly, we said on June 29. He was taken by a pancreatic cancer with metastases in the liver. Nothing that someone deserved that the only thing he stole from people was a smile … or at most, a laugh. That the most that he took from others … was sadness. Of course, without mercy.

And that had as its greatest virtue, that of always knowing how to ask life for another tequila. Before the strikes started.

Here is the ingenious song of ‘Los agachados’

Jewel: Tin Tan’s translation of The Beatles’ ‘I Want to Hold You Hand’. For that matter… ‘I want to scratch here’. 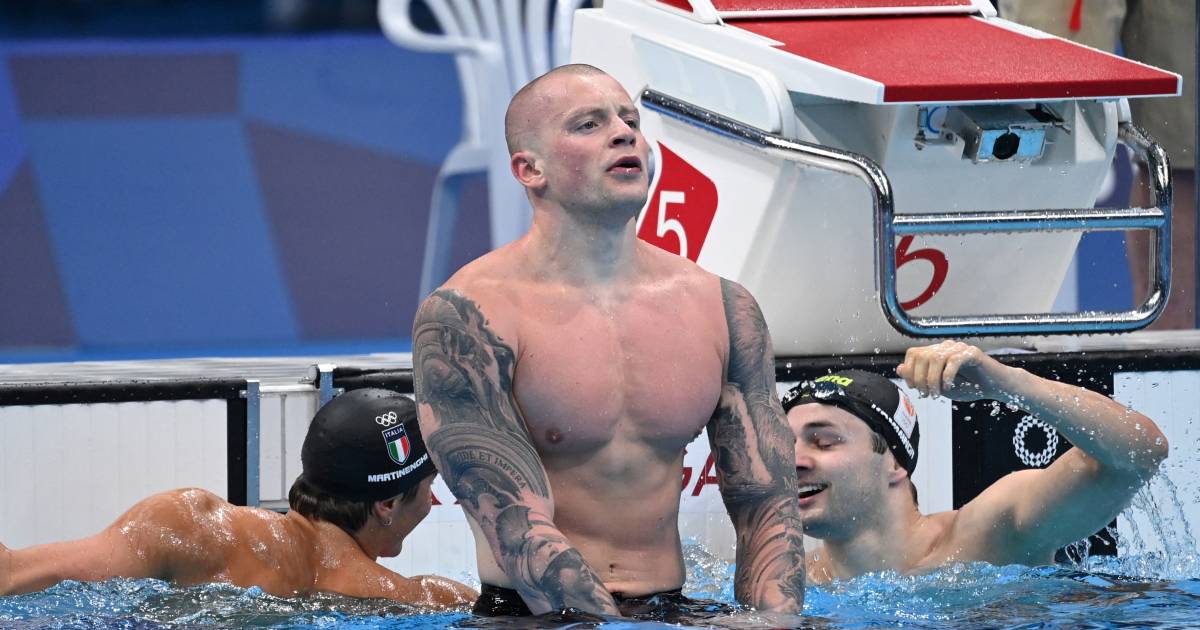