Tin Cat: Unity is at the heart of the competition despite the ‘point’! 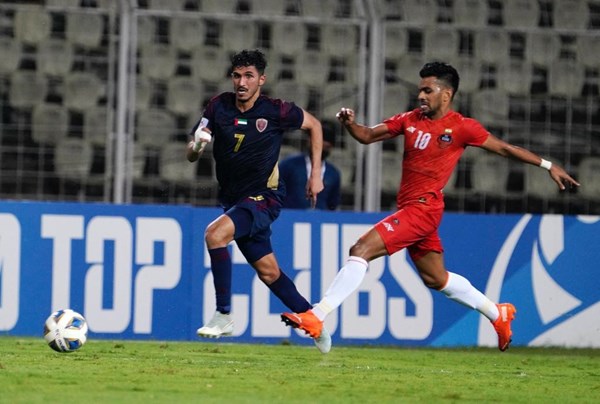 Dutch coach Tin Cat confirmed that his team is still at the center of the competition to qualify from Group E in the AFC Champions League, despite its draw today, Saturday, with India’s Goa, and picked up the first point from two rounds.

He said: Goa has a very good goalkeeper, and despite that, if we invested 50% of our chances in the match, we would have gone out with the “full score.” In the first half, we got 3 or 4 very good chances, and we had to use them correctly and score from them, and in the second half. We controlled the match completely, until the last moment, but in the end we couldn’t win, humidity was a factor without a doubt, because the players lose a lot of fluids, and the teams that have players who are fasting will face the same problem, and we try to do our best, until we make the players They look best in these conditions. He added: Now we are working on healing the players, and we will directly prepare for the next match against Al Rayyan, and there is always an opportunity for development, and in these matches we talk to the players, and we are still in the competition race, because there are 4 matches remaining, and I hope that luck is on our side during them.

INADI spoke after the cover of the magazine Noticias about Viviana Canosa: 'It is discriminatory'

LaLiga and the Government study the return of the public