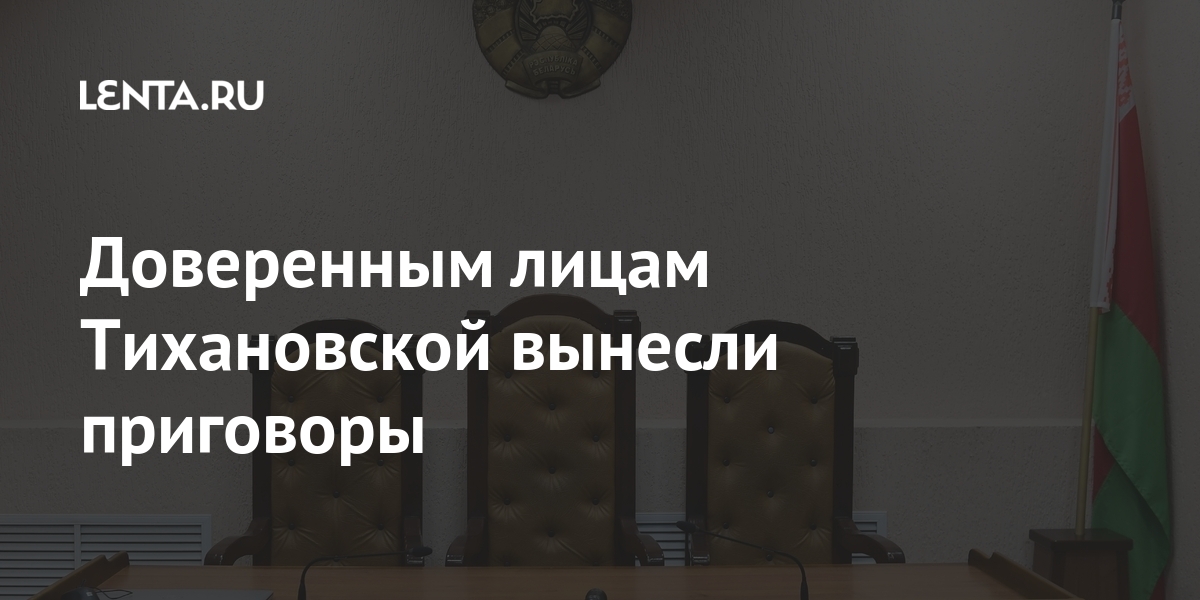 In Belarus, sentences were passed to four confidants of the former presidential candidate Svetlana Tikhanovskaya. It is reported by Interfax, referring to the human rights center “Viasna”, which was deprived of registration in Belarus.

At the same time, human rights activists clarified that the judge “gave everyone exactly as much as the prosecutor demanded.”

The trial of Tikhanovskaya’s confidants began in Gomel on April 12. Dmitry Ivashkov, Alexander Shabalin and Tatiana Kanevskaya were charged under three criminal articles: “preparation for a crime”, “seizure of buildings” and “participation in mass riots.” Yuri Vlasov, in addition to these crimes, was also charged with publicly insulting a government official.

Mass protests in Belarus began after the presidential elections, which took place on August 9, 2020. The CEC announced that the incumbent President Alexander Lukashenko received 80 percent of the vote, Tikhanovskaya – 10 percent. The protesters demand the resignation of the country’s leadership, the holding of new and fair presidential elections, and the punishment of those responsible for the violence against the demonstrators. Actions of those who disagree with the election results are harshly suppressed by law enforcement agencies.

Loyal to Cristina Kirchner: who is who in the 'energy cabinet' that challenges Martín Guzmán

Hulk is still a safe bet

The Sinfín Cantabria moves away from the places of the descent