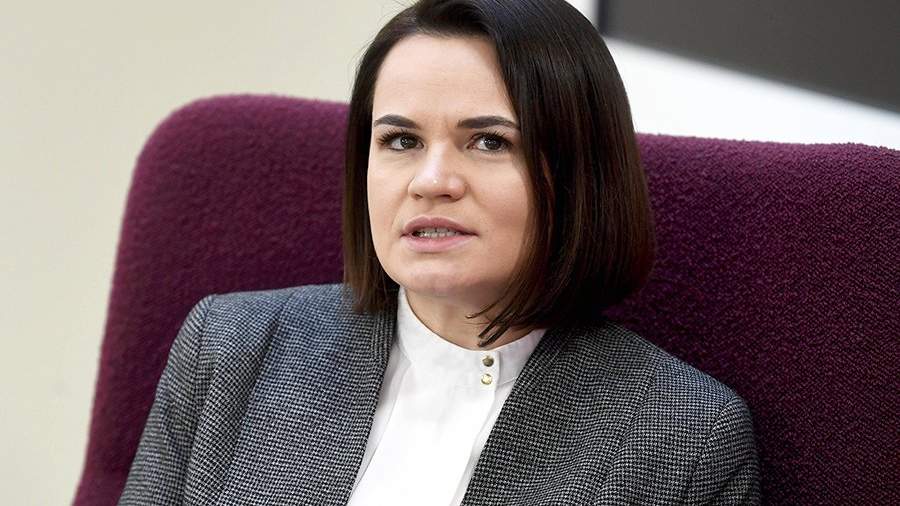 The leader of the Belarusian opposition Svetlana Tikhanovskaya called on the United States to impose sanctions against Belarusian state-owned enterprises, the legal system and oligarchs and use its diplomacy to isolate Belarusian leader Alexander Lukashenko internationally. She stated this on March 17 during hearings in the international committee of the US House of Representatives.

“We urge the United States to use its diplomacy to isolate Lukashenka, restraining international agreements between the Lukashenka regime and other countries,” she said.

Tikhanovskaya also called for the introduction of economic and political sanctions “against state-owned enterprises, the legal system and the oligarchs,” calling these measures “the most effective.”

After the presidential elections in Belarus on August 9, 2020, in which Alexander Lukashenko won for the sixth time, opposition protests began in the country.

Opposition supporters believe that Tikhanovskaya won the elections, they demand new elections and the expansion of international sanctions against Minsk.

In Belarus, criminal cases have been initiated against a number of opposition members, including calls for the seizure of power, the creation of an extremist group, and a conspiracy to seize state power in an unconstitutional way. Tikhanovskaya, who left for Lithuania after the elections, was put on the wanted list by Minsk. On March 15, it became known that the General Prosecutor’s Office of Belarus sent a criminal case to the Supreme Court on preparation for participation in riots and obstruction of the work of the Central Election Commission.

On February 28, Tikhanovskaya said that under “strong pressure”, the country’s leader Alexander Lukashenko could resign in the spring of this year. The European Union has extended until February 28, 2022, sanctions against 88 representatives of the leadership and business of Belarus, including against Lukashenko.

On February 18, the Belarusian leader expressed confidence that Belarus and Russia, despite any sanctions, can cope with such challenges and fully provide themselves with everything they need.

By now, the KGB of Belarus is recording the stabilization of the situation with protests in the country.

In early October 2020, the EU imposed sanctions against 40 Belarusian officials, then Brussels applied restrictions against Lukashenko and 14 other officials.

The number of people teleworking increased by 29.2% in the Region in the year of the pandemic, according to Adecco