Tikhanovskaya replied to Protasevich, who called her “holy innocence” 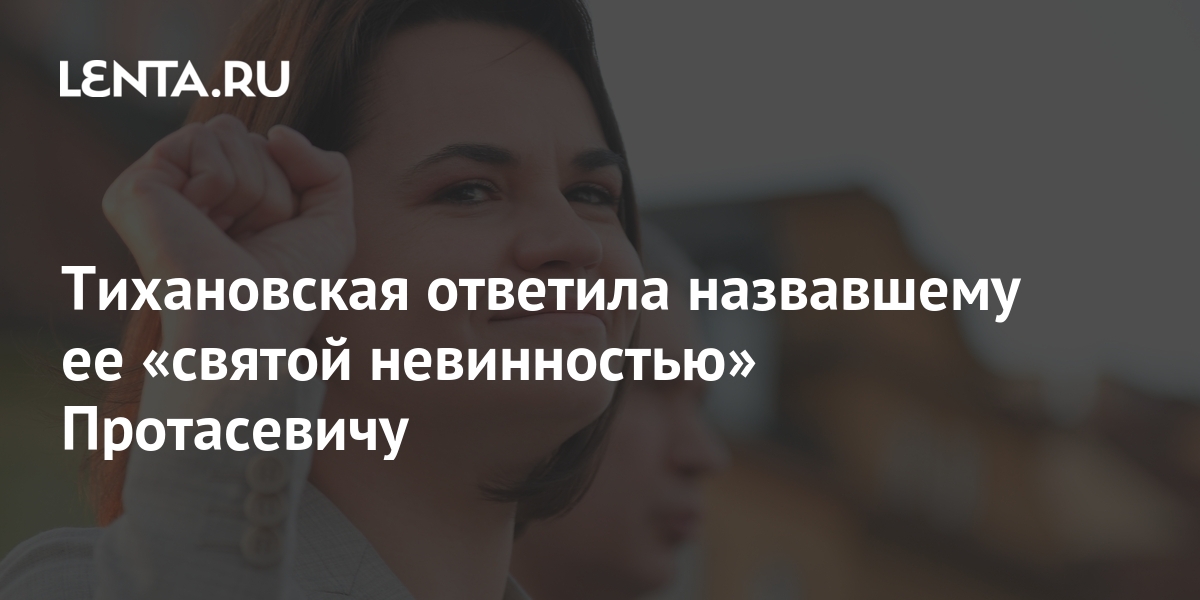 Former Belarusian presidential candidate and opposition leader Svetlana Tikhanovskaya responded to the words of the former editor-in-chief of the NEXTA Telegram channel Roman Protasevich, who in an interview called her “holy innocence.” She commented on the statement in an interview with Tut.by.

According to her, Protasevich gave interviews “under pressure”.

“I do not assess the content of his interview in any way. Because everyone, and especially Belarusians, understands the pressure under which all this was, it was said. And now they use Roman, it seems to me, as a trophy, they say, look, he changed his opinion. But the regime so long ago lost touch with reality, with Belarusians, that they did not succeed, ”Tikhanovskaya replied.

According to the leader of the opposition, Protasevich says that everything is fine with him and no one is putting pressure on him, but this is not so. “We all know what is really going on there. We shouldn’t even discuss what he says, ”she said.

Earlier, Protasevich called Tikhanovskaya “holy innocence” after a briefing organized by the Belarusian Foreign Ministry. He noted that he could not say anything bad about Tikhanovskaya. “I would describe it with the phrase“ holy innocence ”, in contrast to the whole circle of people – these are professional politicians, people who live on this, earn money,” explained Protasevich.

On June 18, the Ministry of Internal Affairs of Belarus asked to recognize the materials of Tut.by as extremist. Before that, in May, Tut.by was blocked at the request of the Prosecutor General’s Office. 15 of its employees were detained in a tax evasion case. All documentation and servers of the edition are withdrawn. The office is sealed. Since January 19, Tut.by has been deprived of its media status in the republic.