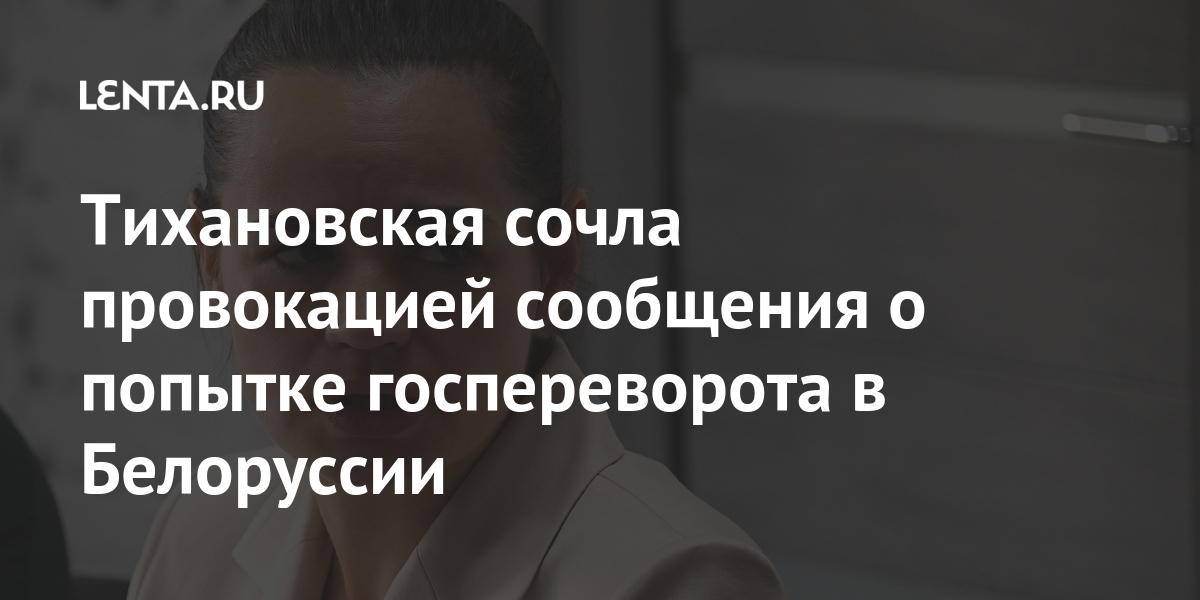 Information about the attempted military coup in Belarus and the assassination of President Alexander Lukashenko is a provocation of the special services. This was stated by the leader of the Belarusian opposition Svetlana Tikhanovskaya, reports Interfax…

“It is necessary to refrain from hasty conclusions and decisions that may damage the national interests, sovereignty and independence of Belarus,” the statement says.

It is noted that Tikhanovskaya is in favor of resolving the political crisis in the country through negotiations and holding fair elections.

On Saturday, April 17, Lukashenko told reporters that an attempt was being made on him and his children. According to him, the task of eliminating the president was approved by the top leadership of the United States.

Later, the Federal Security Service (FSB) confirmed the information about the assassination attempt and the attempted military coup. In Russia, Yuri Zyankovich, a dual citizen of the United States and Belarus, and a citizen of Belarus Alexander Feduta, who were planning a coup d’etat according to the scenario of “color revolutions” with the involvement of local and Ukrainian nationalists, were detained.