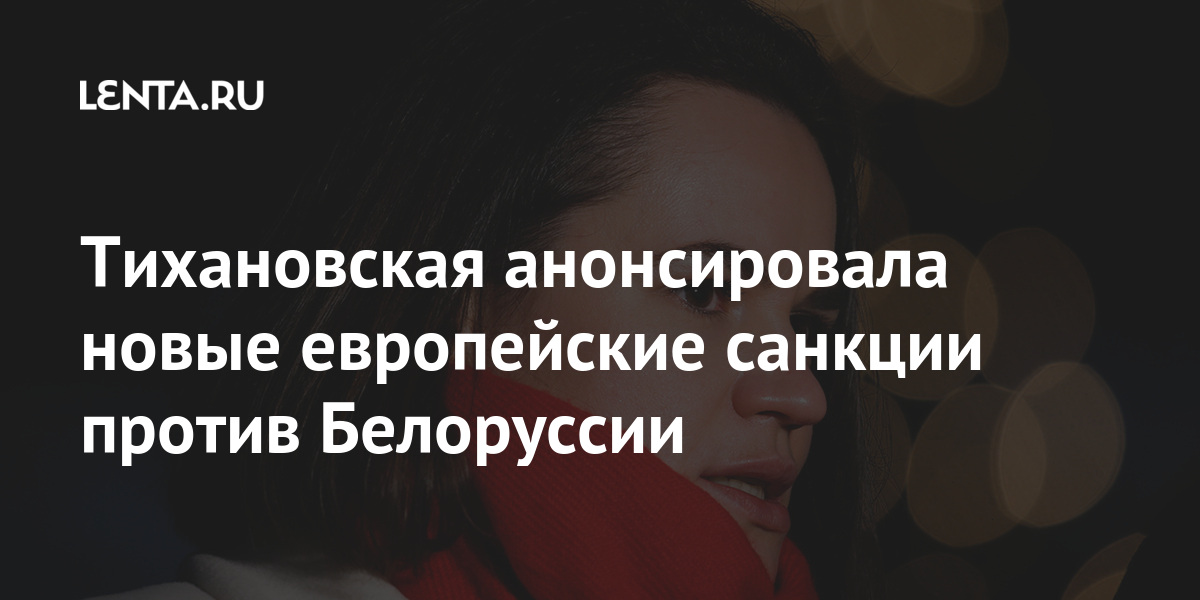 The Belarusian opposition announced the introduction of new sanctions by the European Union against the country’s authorities. On Monday, April 19, reported in Telegram-channel of the former presidential candidate Svetlana Tikhanovskaya.

“Sanctions are expected to be announced this week. Soon the date of adoption of the fourth package of EU sanctions will be announced, where about 70 people and companies can get preliminary, ”it was reported.

The European Union has already introduced three packages of sanctions, accusing the Belarusian authorities of rigging the presidential elections in August 2020 and repressing protesters. The United States, Britain, the Baltics, Switzerland and Canada have adopted their sanctions lists. According to the Belarusian opposition, a total of 208 people fell under the restrictions.

EU sanctions include an entry ban, an asset freeze, and a ban on EU residents from providing access to funds and cooperating with blacklisted businesses.

The presidential elections in Belarus took place on August 9, 2020. The CEC announced that Alexander Lukashenko, who ran for a sixth term, won 80 percent of the vote, and Tikhanovskaya – 10 percent. This sparked massive protests that have lasted eight months. Lukashenka himself claims that outside forces are behind what is happening.

The sale of homes in the Region of Murcia decreased 0.1% in February