Tihanovskaya announced the launch of voting for negotiations with Lukashenko 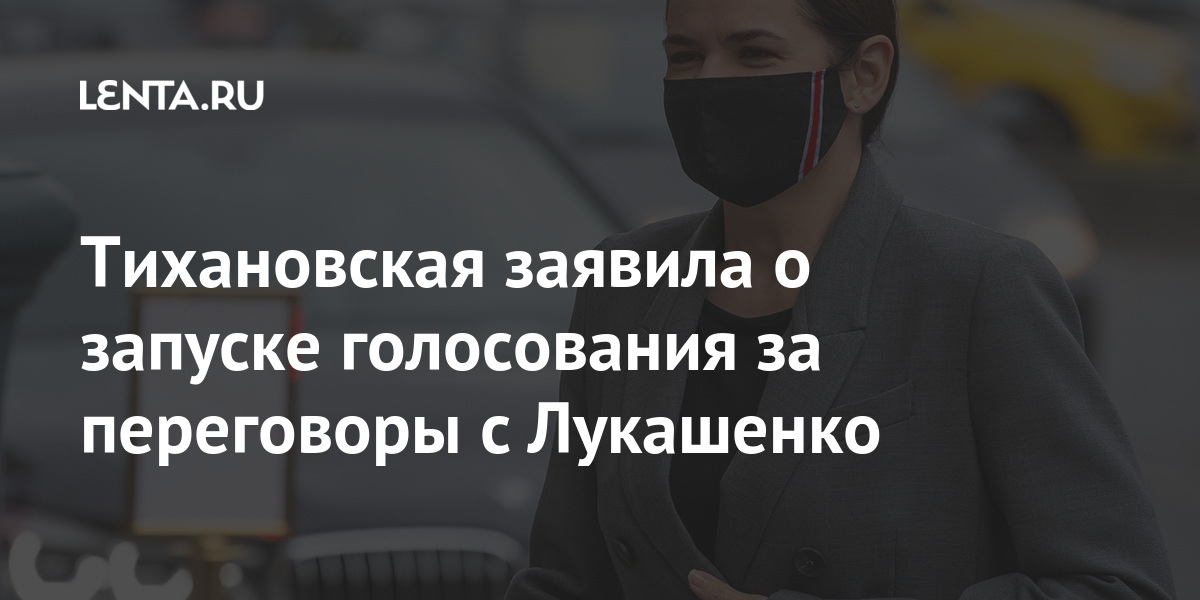 Former presidential candidate of Belarus Svetlana Tikhanovskaya announced the launch of online voting for negotiations with the country’s authorities under an international mediator. The politician spoke with video message to the Belarusians, which she, according to her, had been preparing for seven months.

Tikhanovskaya stressed that the OSCE and the UN are ready to contribute to the dialogue with President of Belarus Alexander Lukashenko.

She called on Belarusians to vote on the Golos platform for negotiations with the authorities.

Earlier, the State Security Committee of Belarus warned citizens about the opposition’s plans to destabilize the situation in the country on March 25-27, and also recorded an increase in terrorist threats, including against officials. At the same time, Lukashenko spoke about the ongoing attempts to undermine the country.

Prior to that, Tikhanovskaya said that, in her opinion, Russian President Vladimir Putin is looking for a way for Lukashenko to leave the post of head of state politically, “so that it does not look like a victory of the people.” She asked the representatives of the European Union to help create a platform for an open dialogue with the Russian side. According to Tikhanovskaya, all neighboring countries, including Russia, Lithuania and Poland, should participate in the negotiations on the transit of power in Belarus.

Svetlana Tikhanovskaya is the wife of the popular blogger Sergei Tikhanovsky, who is under arrest. In the presidential elections on August 9, she received 10 percent of the vote, and Alexander Lukashenko, who ran for a sixth term, received 80 percent. The official results sparked massive protests across Belarus that continue to this day. Tikhanovskaya herself left for Lithuania.