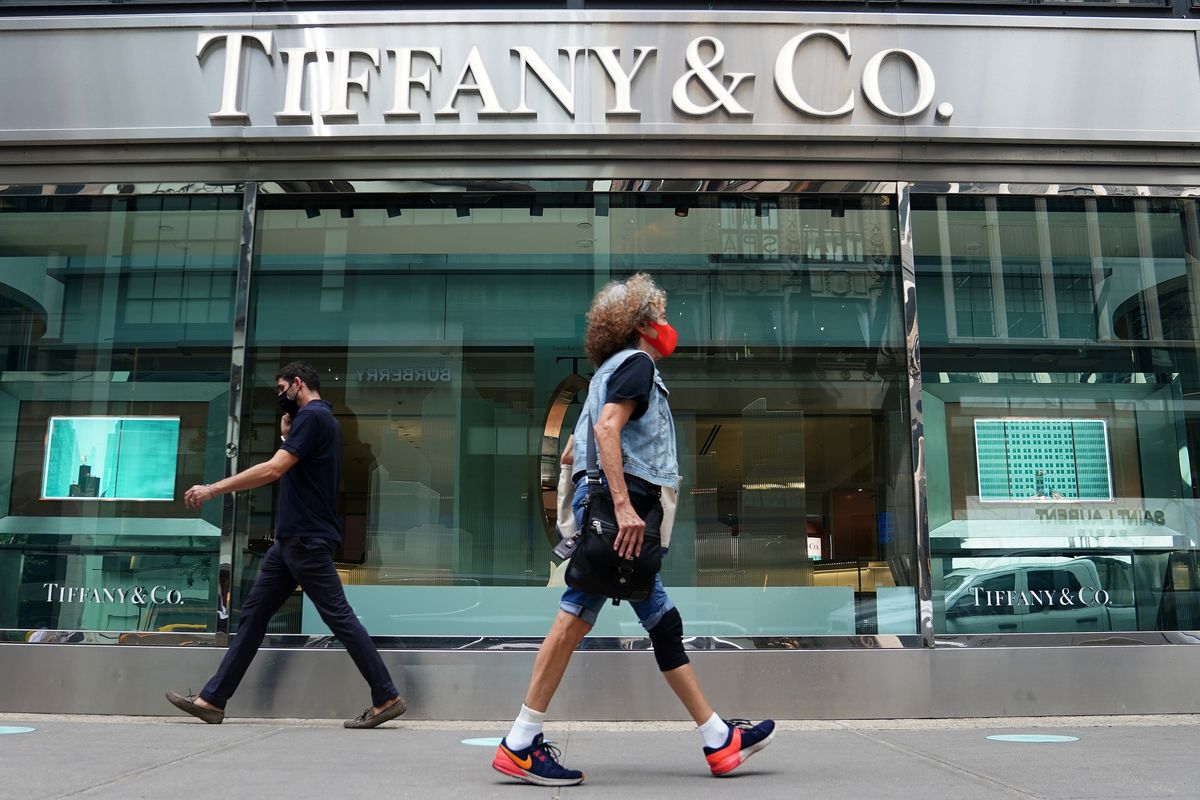 The Tiffany engagement ring is one of the most iconic and highly sought-after jewelry in the world. A fame to which films such as Breakfast with diamonds (1961), in which Audrey Hepburn eats a croissant while looking inside the store or series such as Sex in New York, where Trey (Kyle MacLachlan) asks Charlotte (Kristin Davis) to marry him in front of the Fifth Avenue window, but also his characteristic silhouette and the care behind each piece. Although commonly always associated with female hands, the exclusive New York-based firm has turned this stereotype upside down and launched its first line of engagement pieces for men.

The Charles Tiffany Setting collection, which has taken the name of its founder, consists of six rings of two models in platinum and titanium, with brilliant-cut and emerald-cut diamonds of up to 5 carats. The models with brilliant-cut (round) diamond are characterized by a tapered and thin band, inspired by feminine jewelery, while in the rings with an emerald-cut (rectangular) diamond the edges are solid, beveled, architectural. Although the value of the jewel is not indicated on the company’s website, the price of this piece for women is around 40,000 euros.

Tiffany & Co’s fame dates back to 1886, when Charles Lewis Tiffany created the Tiffany Setting solitaire, a simple six-prong platinum design that became the industry standard and 135 years later is still a cross-generational bestseller. of couples. From this month of May, also the men who decide to give themselves the “yes, I want” will be able to join this business triumph. “A Tiffany diamond ring is an iconic symbol of true love and a lifelong commitment. Its spectacular shine holds the promise of a future together. […] Today, Charles Tiffany Setting is the next chapter that marks a bold new era of love. ” on the company’s website.

Although now in a fuller way, this modern and committed vision of same-sex marriage has been present at Tiffany for years. The firm has been a pioneer in the field of inclusion and it was in 2015 when it first highlighted the unions of same-sex couples during an advertising campaign carried out in New York and under the lens of Peter Lindbergh. A hitherto uncommon premiere among jewelery houses that contributed to giving greater visibility to this group. In addition, his work continued behind the scenes as the firm gradually replaced in its communication the “bridal” title of many of its products with that of “love and commitment.” In its catalog it has a wide range of men and to celebrate LGTBI + Pride month it has launched campaigns with different love stories. In one of them, he told the story of a gay couple who wore the brand’s rings on their fingers.

The company, owned since the end of last year by the giant LVMH, is on the cusp of a new era. As indicated Wall street journal In 2020 it earned more than 4,000 million dollars in jewelry sales, and 26% of the company’s total income resides in the business of engagement rings for women, which will also be added to that of men from now on. As explained from the firm, Tiffany & Co diamonds come with a complete craftsmanship certification, a program that began last year to trace each stone newly obtained from its mine through the network of international workshops of the company where they cut , painstakingly polish and place each stone, being one of the few jewelry houses that can offer this type of precise tracking.

Although throughout history women are responsible for wearing jewelry, in recent years, male celebrities have begun to show these exclusive accessories on the red carpet. This was the case of comedian Trevor Noah, who wore a Tiffany diamond brooch when he presented the Grammy Awards last March, and actor Timothée Chalamet, who attracted attention with a vintage diamond and ruby ​​Cartier in the form of a brooch at the Awards. from the Film Academy last year. One more example that diversity has also reached this industry.

'Georgia on my mind'

Russia demanded an apology from Slovakia for lying about “Sputnik V”

Infected in Mallorca: “I will infect you all with Corona”