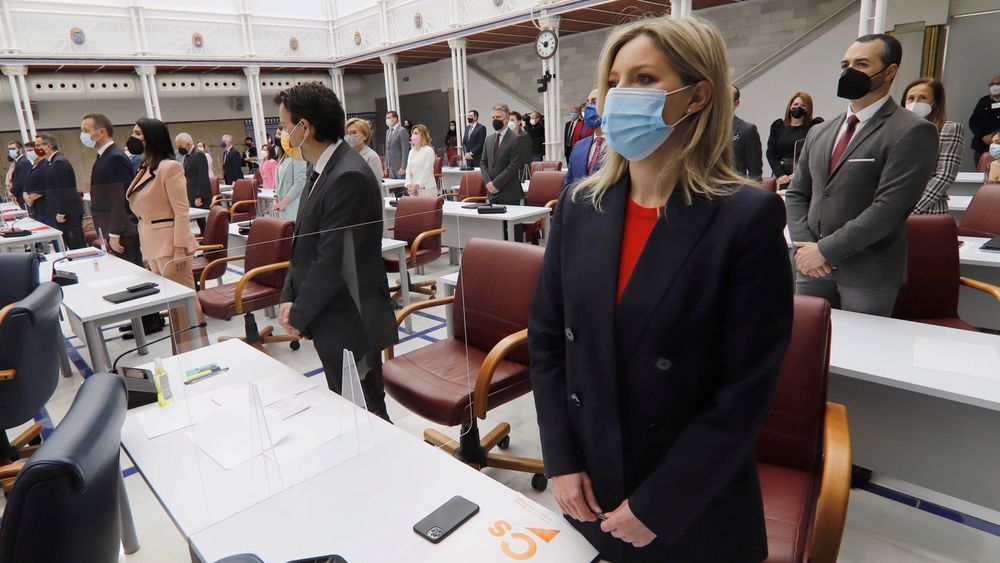 The fate of the motion of censure that has begun to be debated this Thursday in Murcia has been definitively cast. The three wayward deputies of Vox have confirmed that they will vote against the initiative of the PSOE and Ciudadanos and in this way they will prop up the Government of the popular Fernando López Miras with the defectors of the formation of Inés Arrimadas. The parliamentarians, who bear the name of Vox in the Chamber but have been expelled from the organization, had been maintaining an ambiguous position, even during the intervention of their spokesman, Juan José Liarte, this Wednesday in his speech in the regional Parliament. It wasn’t until the session ended that Liarte’s group confirmed their negative vote.

The debate on the motion of censure against the Government of the PP in Murcia has resulted in an endless exchange of accusations of corruption between its promoters, PSOE and Citizens, and the popular. Both the candidate for the presidency, Ana Martínez Vidal, from the liberal formation, and the socialist Diego Conesa have accused the PP of “buying” the three deputies of the Inés Arrimadas party who have distanced themselves from the initiative in exchange for their respective councils in the Executive. Martínez Vidal and Conesa have insisted that the PP, after 26 years in power in the region, has made corruption a “form of government” and acts with “mafia” practices.

The Murcia Regional Assembly has hosted this Wednesday the debate on the motion of censure that PSOE and Citizens presented against the autonomous government of the PP and that the regional president Fernando López Miras tried to abort by attracting three defected deputies from Cs. PSOE (17) and Cs (3) have the two deputies of Podemos and need, in the best of scenarios, a vote to reach 23 of the absolute majority and for their initiative to prosper. The three deputies expelled from Vox have maintained uncertainty until now, although the representatives of Podemos advanced that they would not accept being in the same equation. “We have to be realistic, it is very complicated, it is true, and we believe that the three deputies expelled from Vox have difficult to vote a government in which the PSOE is, but we are going to continue fighting,” summed up yesterday the spokesman of Cs, Juan José Molina. The vote is scheduled for tomorrow, Thursday at noon. The candidate for the presidency of Murcia, Ana Martínez Vidal, from Ciudadanos, has assured, minutes before the start of the plenary session, that she has received “terrible pressure and threats” from the PP, but has assured that she will not back down.

A new stumbling block has arisen in the last hours to the motion of censure of PSOE and Cs. The president of the Regional Assembly and deputy for Citizens, Alberto Castillo, told the newspaper The Opinion of Murcia that he was shuffling abstain, something that would force the parties that presented the motion to need two supports, instead of one, to carry out the initiative. The presidential candidate acknowledged this Wednesday that she does not know the meaning of Castillo’s vote.

Half an hour before the start of the session in Cartagena, the general secretary of the Murcian PSOE, Diego Conesa, and Martínez Vidal have signed and presented to the media the 24-point government program that they will develop during the debate. As they advanced this Tuesday, they symbolize the remaining months of the legislature and regeneration, transparency in institutions, socioeconomic recovery and the fight against the coronavirus will prevail.

The debate began with the defense of the motion of censure by one of the signers for 30 minutes, after which the Murcian president, Fernando López Miras, spoke for another half hour. Afterwards, the representatives of the parliamentary groups (in addition to PSOE, CS and PP, Vox and Podemos) intervened, who had 10 minutes to present their position. Martínez Vidal has presented his government program, after which the session has been suspended until Thursday, when it will resume and the final vote will take place at two in the afternoon.