Three Russians are missing in the Himalayas 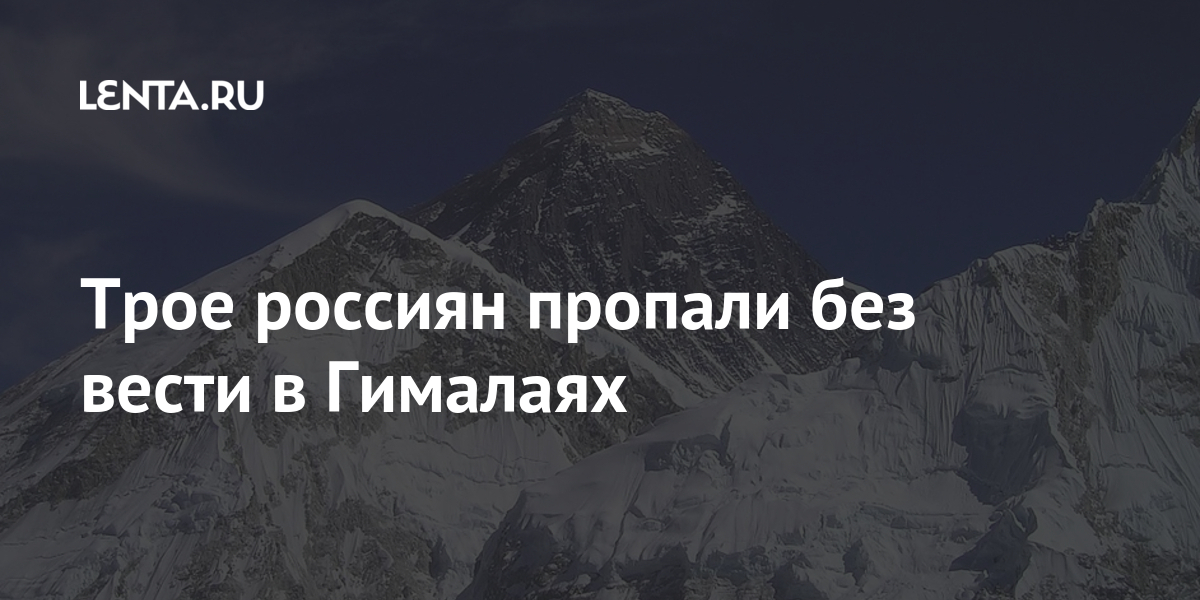 Three Russians are missing in the Annapurna mountain range in Nepal. This is reported by the portal Russian Climb, dedicated to the news of mountaineering, in its Twitter-account.

According to him, Russian citizens named Sergei, Dmitry and Alexander disappeared in the Himalayas. In the morning local time, it is planned to use a helicopter to search for them.

As specifies in Twitter-account portal Everest Today, we are talking about Russian climbers Sergei Kondrashkin, Alexander Lyutokin and Dmitry Sinev. Polish climber Waldemar Kowalewski, who recently descended from the top of Annapurna (8091 meters), went to the top again in search of the missing Russians.

Earlier, the 38-year-old resident of China turned off the road in a wrong direction and survived without food or water for two days in the Australian desert. The tourist was found two days later at an unnamed outpost 35 kilometers from the car. It was reported that he was slightly dehydrated and complained of pain in his legs.

The empire of lies

16 million from “Dubai Islamic” to the “Zakat Fund”

3-2 against SV Sandhausen: Fürth with “Big Point” in the promotion battle