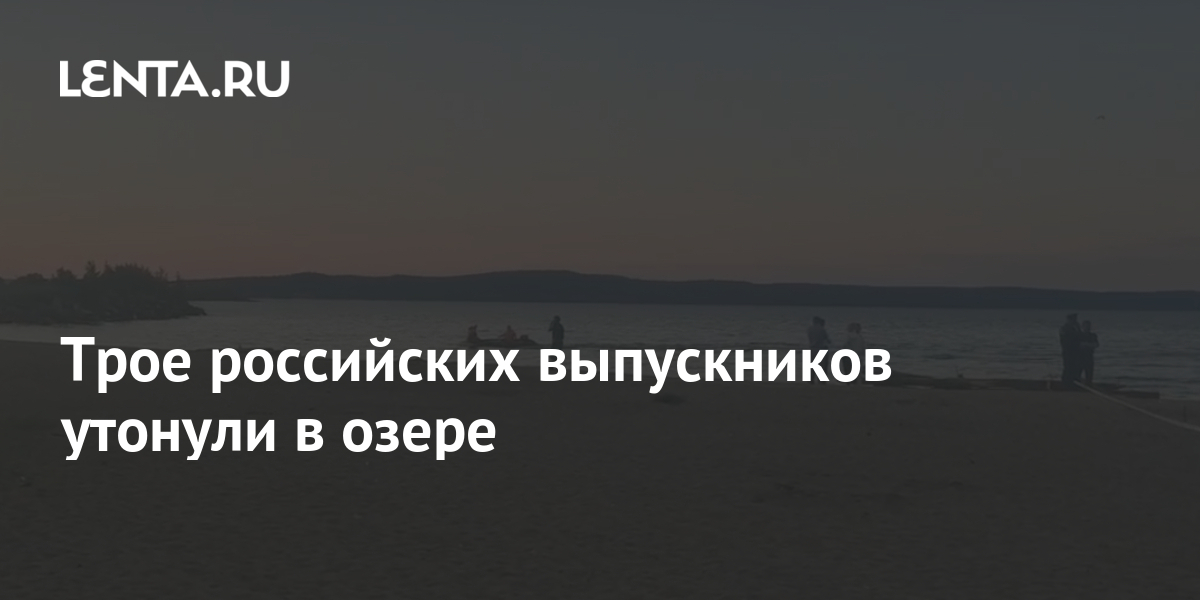 In Petrozavodsk, three 15-year-olds drowned in Lake Onega. This is reported on website Investigative Directorate of the Investigative Committee of Russia in the Republic of Karelia.

The incident took place on Friday, June 11, in the Varkaus embankment area. According to the ministry, the teenagers swam in the wrong place, could not cope with the current, could not get to the shore and drowned. Their bodies were found by rescuers 50 meters from the shore. Investigators opened a criminal case under the article “Causing death by negligence of two or more persons.”

The local newspaper “Capital on Onego” clarifies that the victims were classmates, ninth grade graduates of one of the schools in Petrozavodsk. As their friend told reporters, one of the teenagers began to drown, and two others tried to save him.

Earlier, the Investigative Committee for the Novosibirsk Region opened a criminal case into the death of a 16-year-old girl who drowned in a well. It was established that on May 6, 2021, at about 23:30 local time, the minor went to fetch water from the well on the territory of the household in the Kochenevsky district. The walls were constructed from truck tires, and there were no fences. The girl fell and drowned.