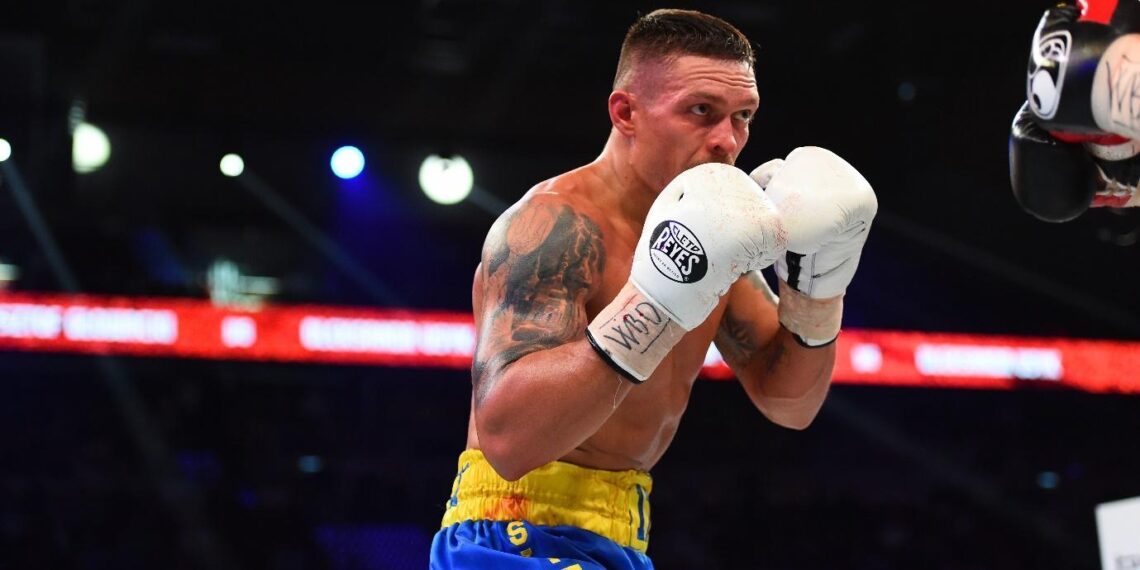 Whether it be his amateur career, his historic run at cruiserweight, or his seamless transition to the heavyweight division, Oleksandr Usyk has proven time and time again that he belongs in the conversation as one of boxing’s greatest ever fighters of the modern era.

The 35-year-old Ukrainian will have the opportunity to further solidify his incredible legacy when he faces Anthony Joshua in a much-anticipated rematch on August 20th in Saudi Arabia. After defying the boxing betting with Paddy Power odds to defeat Joshua by unanimous decision in London the first time around, Usyk will be hoping he can retain his WBA, IBF and WBO belts as he looks to set up an undisputed clash with WBC champion Tyson Fury.

Given the ever-present threat Joshua poses and the external issues Usyk is dealing with away from the ring – if he were to beat Joshua for a second time, would it be the greatest win of his storied nine-year career?

That’s hard to say – however – with that in mind, let’s analyse his three best performances to date and how they have shaped his awe-inspiring run as a professional.

In what was the final of the World Boxing Super Series (WBSS), Usyk faced undefeated IBF and WBA world champion Murat Gassiev in a bout that would determine the best cruiserweight in the world. Although Usyk was the odds-on favourite heading into the fight, Gassiev’s form in his two previous WBSS encounters proved beating him was going to be no mean feat. The Russian knocked out Polish power puncher Krzystof Wlodarczyk in the third round with a sickening body shot and uppercut, before dispatching frightening Cuban and then-WBA champion Yuniel Dorticos in the twelfth round with a beautiful left hook in their semi-final.

Contrast that with Usyk’s quarter and semi-final performances – who, after making light work of German Marko Huck, found himself in a hard-fought contest with WBC world champion Mairis Briedis. However, after doing enough to secure a majority decision victory against the Latvian, it set up a mouth-watering final between he and Gassiev to see who would be crowned the Muhammed Ali Trophy winner.

The final, which was hosted in Gassiev’s backyard at the Olympic Stadium in Moscow, wasn’t particularly close. Usyk dominated the action from the opening bell, with his elite combination punching along with his ability to fight off the back foot puzzling his Russian opponent throughout the opening rounds of the contest. Sensing Gassiev was tiring and bereft of answers, Usyk began to take control and employ more of an offensive gameplan thereafter – utilising his piercing jab and well-disguised straight left hand to perfection. It was a sublime display from the Ukrainian, cruising to a unanimous decision victory, thus becoming the first undisputed cruiserweight champion in the four-belt era.

Defending his undisputed crown for the first time, Usyk took on the charismatic and dangerous Liverpudlian Tony Bellew at the 02 Arena in London. A former cruiserweight champion himself, Bellew was coming off back-to-back knockout victories over fellow countryman David Haye at heavyweight – and if he could manage to secure an upset win against a pound-for-pound great of Usyk’s calibre, it would immediately catapult him to legend status. Early on in the contest, it looked as though defeating Bellew was going to be a tougher task than many were expecting. The Brit certainly got the better of the exchanges in the first half of the fight, with Usyk unable to make inroads and get into his usual rhythm. However, the tide began to turn in the fifth round.

As Bellew tired and Usyk settled into the fight, rounds 5-7 were a one-sided contest. The Ukrainian showed all of his class, as his ability to cut the ring off ensured his opponent never received any reprieve. His dominance in the middle stages of the bout culminated in a devastating left hook in the 8th round that knocked Bellew through the ropes and rendered him near unconscious. It was further indication that you have to be perfect for the entire 36 minutes if you are to beat Usyk – otherwise – like he has done to so many of his opponents in the past – he will figure out a way to win.

This is arguably his most exceptional performance to date. Giving up three inches in height and nearly 20 lbs in weight – many believed irrespective of how Usyk performed on fight night – the discrepancy in size would prove the difference. Usyk defied the odds and outclassed the British heavyweight, baffling his opponent with supreme footwork and a varied punch output, all while setting a manic pace.

Surprisingly, Usyk appeared to be the bigger puncher on the night also, visibly hurting Joshua multiple times throughout the fight, including a big left hand that nearly stopped the contest in the twelfth and final round. Usyk’s dominance was rewarded on the scorecards, as he secured a much-deserved unanimous decision victory that read 117-111, 116-112 and 115-113.

He will be hoping to put forth a similar display this month in Saudi Arabia, and considering he enters the upcoming rematch as the favourite in the Anthony Joshua v Oleksandr Usyk 2 odds betting, it will be interesting to see how he deals with the added pressure of expectation.